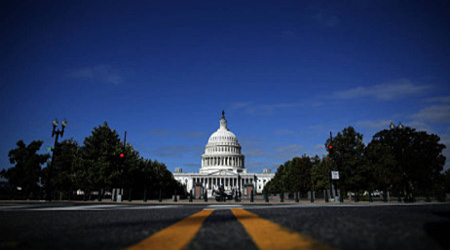 The U.S. House of Representatives brushed aside Democrats' efforts to preserve federal funding for clean energy and energy efficiency as it voted to approve a large spending bill that would slash those programs by 45 percent while maintaining federal support for fossil energy research and development.

The GOP-led House tucked its $9 billion federal energy spending plan into its so-called "minibus" budget bill, a catch-all package to fund one-quarter of the federal government when the new fiscal year begins in October.

The bill, dubbed the "Making America Secure Again Act," is a long way from final approval. The Senate still must vote on its own bills to fund the Pentagon, the Department of Energy, and Veterans Affairs, and then Congress must reach an overall budget deal.

In its biggest departure from the Trump administration's energy budget proposal, the House voted to preserve funding for fossil energy research and development at current levels. The White House had sought a 55 percent cut in the Office of Fossil Energy Research and Development.