By Greg Zimmerman, Executive Editor   Green
OTHER PARTS OF THIS ARTICLEPt. 1: A Mixed Bag of Bills Addresses Environment, Cap and TradePt. 2: This PagePt. 3: From Local to Global, Climate Change Legislation is Gaining Ground

The endangerment finding provides the scientific justification for EPA to continue the work on regulating greenhouse gas emissions that began with the 2007 Supreme Court decision Mass. v. EPA. In that ruling, the high court determined that greenhouse gases are air pollutants, and EPA must regulate them under the Clean Air Act.

The first EPA regulation arrives in March in the form of stricter vehicle fuel efficiency standards. By 2016, new vehicles will have to meet an average fuel efficiency of 35.5 miles per gallon.

Another reason EPA regulation isn't the optimal situation, says Roy, is that the policy tools EPA has under the Clean Air Act are not well suited for regulating greenhouse gases. EPA has all but admitted as much, devising what's being called the "tailoring rule."

The tailoring rule would raise the threshold on greenhouse gas emissions for buildings EPA is required to regulate to 25,000 tons per year. The current thresholds under the Clean Air Act for pollutants like lead, sulfur dioxide and nitrogen dioxide are 100 and 250 tons per year, depending on building type. EPA says these thresholds are appropriate for those pollutants, but are not feasible for regulating greenhouse gas emissions.

To advocates of the tailoring rule, EPA is just streamlining the regulation and "tailoring" it to be more applicable to the greenhouse gas emissions of large industrial facilities and fossil-fuel-burning power plants. To critics, however, EPA is skirting the law and abusing its power.

"This is an admission by EPA that regulating carbon dioxide under the Clean Air Act is not practical," says Myron Ebell, director of energy and global warming policy for the Competitive Enterprise Institute. "It's EPA's way of getting around the Clean Air Act, regardless of what the statute actually says."

Murkowski's resolution, as well as a similar one introduced in the House in early February, is intended to stop EPA's attempt at "back door climate regulations with no input from Congress." It's an opening salvo in a Congress-EPA turf war over emissions reductions rules.

If Congress does pass a climate/energy bill, it might make EPA action moot. The Waxman-Markey bill would supercede EPA authority, although the Kerry-Boxer (CEJAPA) bill would retain it. 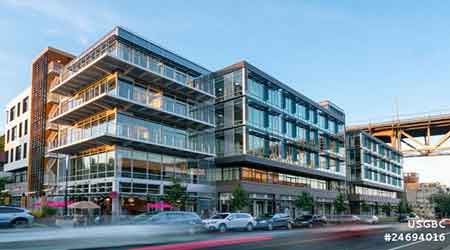