As we slowly emerge from the pandemic, what will the future of buildings look like? Is it marrying health and wellness strategies with sustainability? Is it deep energy efficiency? Renewables? Air quality? Is it all these, and many more?

As climate change and extreme weather events accelerate, what is happening today in government (not just federal) will impact what needs to be done in buildings, and how we all must adapt to these changes. Paul Hawken, author of Ecology of Commerce in 1993, and co-author with Amory and Hunter Lovins of Natural Capitalism in 1999, says “Sustainability is about the relationship between the most complex systems on earth – human and living systems. The relationship between these two systems marks every person’s existence and underlines the rise and fall of every civilization.”

The need to address sustainability in the built environment is being accelerated by external concerns. Many of these are environmental, as energy prices are rising and energy security is decreasing, climate change is accelerating, and natural disasters are happening more frequently than ever before. That’s why it’s important to plan facility strategies that marry sustainability and resilience. Sustainability focuses on the future. Resiliency focuses more on the present — that is, how do we keep our buildings functioning during floods and long power outages, or protect building occupants during wildfires?

In June 2021, ASHRAE published a new chapter on climate change in its Handbook of Fundamentals. Historically, designers and planners assumed a stable climate, and heating and cooling designs were based on statistics calculated from past weather data, typically for a recent 30 year period. “However, we are now experiencing major changes in climate, both locally and globally, at rates 10 times greater than seen since the end of the last ice age 20,000 years ago — over decades instead of centuries or millennia,” according to the ASHRAE Handbook of Fundamentals.

Climate change presents a challenge for designers, facility managers, and everyone involved in the buildings industry. But it also presents an opportunity to fundamentally change how we build and operate buildings. How buildings mitigate and adapt to these faster-than-normal changes will be the key to which organizations survive and which don’t.

Facility managers should keep in mind several strategies first to mitigate the worst effects of climate change on buildings. These include:

Designers of new buildings must take into account not only current design parameters but also what is projected to happen to reduce carbon emissions in the future.

Mitigation reduces the impact of buildings and systems on the environment. It is relatively specific. Adaptation is the process of adjustment to actual or expected climate that seeks to moderate or avoid harm, and exploit beneficial opportunities. Adaptation has an interconnected relationship with mitigation and resilience.

Existing vulnerabilities in HVAC design, and buildings that depend on them, are made worse by the observed and expected changes in climate. The service life of buildings being designed can be extended by design and specification of robust building envelopes and materials, and applying methods of envelope assembly that can withstand — or adapt — to stress from extremes in temperature or moisture.

Depending on the usage of a building and the criticality of each system, building components and systems are designed to function under some predefined extreme environmental or usage conditions. During these events, systems must maintain operational performance. System redundancy or modularization that can handle extremes must be considered in both new design and retrofits, especially for critical facilities.

The planning framework for the future ASHRAE Guideline 44P, Protecting Building Occupants from Smoke during Wildfire and Prescribed Burn Events, expected to be out for review later this year, is an important work-in-process. It includes many building operation and maintenance (O&M) procedures that should be done on a regular basis. These include many items that should be looked at in an energy audit, e.g., proper filters that are changed on a regular basis and properly installed, proper operation and maintenance, proper system airflows, proper operation of economizers and economizer control, air cleaners either in the HVAC systems and/or portable to mention only a few items that need to be done on a continual basis.

Other resilience strategies include:

The stringencies of building and energy codes are increasing at ever-increasing speeds to try to get closer to net zero energy buildings by, or before, 2050. ASHRAE’s Energy Standard 90.1-2013 is approximately 25 percent more stringent than the 2007 version, has been adopted by many states, and is the referenced energy standard in IECC 2016. Since that time these codes have been superseded by newer, even more stringent ones that will be adopted in the next few years by most states.

Increasing the efficiencies of existing equipment will not meet these new codes. It has to be new systems and better designs – and they are available. Pretensioned carbon fiber reinforced polymer (CFRP) strands in place of traditional steel prestressing strands in concrete might have prevented the collapse of the Champlain Towers South condominium near Miami in June. States and municipalities in many areas have been, or are now looking at requiring benchmarking of a building’s energy use. Be aware that it can affect the sale or leasing of a building.

As of June 2021, there are 37 states plus D.C. that have PACE (Property Assessed Clean Energy) tax assessment program legislation, and 26 states where it is launched and operating. There also is federal and state money available to reduce energy use. It differs from state to state as to what type of building gets it and how you get it.

In addition to loans from banks and other typical lending institutions, there are various organizations that will award low-interest or no-interest short-term loans. Change is happening at an ever-increasing pace. Today it is more important than ever to keep abreast of what is going on.

“Climate” refers to long-term statistics and patterns of temperature, humidity, rainfall, etc., over seasons, years and decades. “Weather” refers to atmospheric conditions that occur locally over short periods of time — from minutes to hours or days. “Climate change” is the deviation from the historical statistics for that location and time of year.

An example that most of us will recognize are changes in precipitation. These vary considerably by region, primarily a consequence of global changes in atmospheric circulation patterns. Precipitation coming as extreme events are projected to increase substantially almost everywhere by 2050 and beyond. On the other side of the coin, “drought is expected to become more frequent and intense in many subtropical areas where mean precipitation is expected to decrease, including the southwest U.S.”

More than 70 percent of existing buildings will be here in 2060. Many of these are poorly maintained and degraded. Most HVAC systems and components typically have a service life of approximately 25 to 30 years if properly operated and maintained. 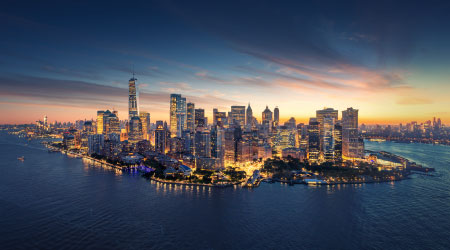 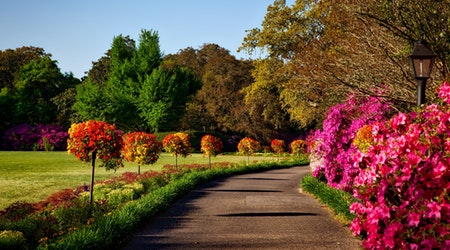