By Greg Zimmerman, Executive Editor   Green
OTHER PARTS OF THIS ARTICLEPt. 1: Facility Managers Are Among The Passionate, Progressive Executives Setting The Sustainability AgendaPt. 2: Sustainability Executives Need Knowledge of Workings and Priorities of OrganizationPt. 3: This PagePt. 4: Most Sustainability Departments Have Wide-Ranging Responsibilities, Small Staff

Much like facility managers, sustainability executives have to market their green success stories. They understand that if they don't tell anyone what they're doing, no one will know.

"It's a 'what have you done for me lately?' thing," says Conley. "The trick is to show how much money you've saved. Use dashboards. Put signs in the bathroom. Show how sustainable practices benefit all in the organization."

With 70,000 people on campus, Katz says communication is critical — she says she spends much of her time doing presentations for internal audiences, as well as speaking at conferences and trade shows. Matthews, too: "I cannot accept all the interviews and speaking invitations I get," she says.

And sustainability executives are under no illusion that they get "special treatment" because they work on projects or initiatives that generally have a "feel good" story. It still has to make business sense.

This extends to justifying projects and discussing them in the language of business. Matthews says she doesn't even blink when she hears "no." "If someone disagrees it's because I haven't made the right argument yet," she says. "I don't fear 'no.' I expect 'no.' Tell me what the roadblock is and I'll get more data and reframe the argument."

"We don't have a secret pot of money lying around for sustainability projects," says Schulz. "Projects have to stand on their own business cases." And even then, in what is still a tough economy, the pitch can sometimes be difficult. So sustainability executives have to make sure they are always explaining both to their executive-level peers and to employees what they're working on. 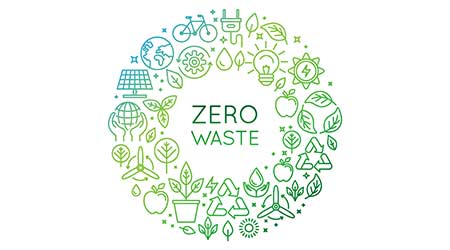