Waves of discarded electronic products are flowing out of the nation’s institutional and commercial facilities. Users rarely care about the products’ ultimate destination — they just want to get rid of them to make way for the next generation of desktop and laptop computers, monitors, and printers.

But until these electronic components can be recycled, discarded or donated to other organizations, they often are collected and stored by maintenance departments and physical plants. Electronics recycling has emerged as among the most pressing issues facing maintenance and engineering managers.

“As quantities start to increase significantly, there are many more challenges to deal with,” Salazar says. Those involved on the federal level understand their challenge.

“The learning curve on this issue is pretty steep,” says Christopher Kent with the Federal Electronics Challenge (FEC), a program of the U.S. Environmental Protection Agency (EPA) that targets electronics recycling in federal facilities and agencies nationwide. “But many of them don’t understand the [disposal] issues and just warehouse old computers.”

One issue is that electronics contain hazardous materials, including lead, mercury, chromium, cadmium and beryllium. Facilities have dealt with the recycling of mercury-containing fluorescent lamps and ballasts in recent years and understand the presence of mercury and other hazardous materials in such products, but other electronics have emerged as hazards more recently.

From monitors and desktop and laptop computers to wireless telephones and batteries that power cordless tools, maintenance departments increasingly have become the place where these items go at the end of their useful life.

Sensing a growing problem in recent years, the EPA and several non-government entities have launched programs aimed at helping organizations recycle and properly dispose of discarded electronics in compliance with environmental-protection laws.

Other programs such as FEC and WasteWise, provide guidance and resources for organizations dealing with electronics at the end of their useful life.

Even the EPA’s ENERGY STAR® program is addressing the issue. At one time, ENERGY STAR® was devoted almost solely to energy efficiency in facilities, including “green” product specification to cut energy costs and minimize facilities impact on the environment. But in 2002, program officials began co-marketing the program’s resources and activities with those of EPA’s Plug-In to eCycling program, says Kate Lewis, marketing manager for the program.

“We realized that both programs had an environmental, cradle-to-grave message," she says.

For more information on these and other programs, see sidebar.

Not surprisingly, myths abound when it comes to electronics recycling. For example, many people only now are beginning to realize the true nature of these materials.

“Clearly, there is a misconception," Salazar says. “A lot of people are still surprised that these products are designated as hazardous waste.”

Adds Kent, “A lot of people think of computers as clean technology. But there are toxic components in electronics. People tend to think they can just throw them away, but if you throw away a whole bunch of them, suddenly, you’re a large-quantity generator.” For example, Kent says that the nation’s federal facilities and agencies discard an average of 10,000 computers per week.

Also, many organizations assume they can get rid of old electronics — and avoid the hard decisions that go along with disposing of them — by donating them to non-profit organizations or schools. But many such donations have run their course.

“Many organizations assume there is value in these products at the end of life, but that’s often not the case,” Salazar says, adding that many non-profits and schools already have newer technology than donated computers.

The future of electronics looks to be even more heavily regulated. Officials at the federal and state levels are taking a closer look at discarded electronics to determine how to handle similar types of products, such as wireless phones. Discussions also are taking place about expanding voluntary efforts already under way by electronics manufacturers, efforts that would force them to take back products at the end of their service life.

“I wouldn’t be surprised to see mandatory take-back laws in this country in the next five to ten years,” Lewis says.

And the EPA and private-sector groups are responding to the needs of facilities by expanding and reshaping programs to provide up-to-date information and resources.

For example, the FEC, now running 10 pilot programs around the United States, plans to roll out the program in about 50 sites in October 2004, Kent says, adding that the expanded program will offer case studies, tools and regulatory updates.

And earlier this year, the EPA launched the Recycling Electronics and Asset Disposition (READ) services, a program designed to help federal facilities and agencies recycle and properly dispose of excess or obsolete electronics responsibly. 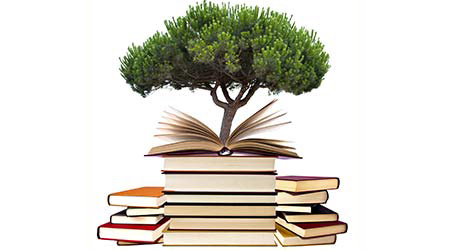