When considering an EV charging program for a facility, the easy part is probably installing the stations. What facility managers say is the trickier part is figuring out what exactly to do with the stations once they're in place.

First, there is the issue of who pays for the electricity. All of the facility managers interviewed for this article currently offer the stations as an amenity, free of charge. Some facilities can't charge for the stations under the terms of the pilot program; other facilities have decided to offer a free introductory period. But, except for King of Prussia Mall, which has firm plans to charge for use in the future, assessing user fees is very much up in the air. Some of the stations are not set up for metering and financial transactions.

"It's just easier for owners right now to give the electricity away," says Best. Different states and municipalities have different rules about what amounts to reselling electricity, he says, so owners get around it by just giving it away. "At some point, this will become big enough that the energy consumption will be significant, and building owners will say at a minimum they have to recover their costs."

Coordination of station use is another issue. In these early days, there are few enough cars that one car at one station for a prolonged period of time doesn't make much difference. But what if someone used these free stations as their primary spot to fill up their car? What if user/station ratios start going three to one or higher?

At Vanderbilt, Streaty says there are a lot of things to think about because he expects the number of EV drivers to grow at the university. "We're trying to make sure this works well," he says. "And we're trying to put some checks and balances in, but we're not trying to control the whole process. At least, not at this time."

Just because things are not cut and dry doesn't mean facility managers should shy away from EV charging, especially in a still-struggling economy, says Best. Particularly from the standpoint of a multitenant building, where the name of the game is attracting tenants, offering the service as an amenity can serve as a market differentiator. "Buildings would be smart to put in at least one charging station and say that as demand goes up, they'll put in more," says Best. "We're one of the logical locations for the charging stations, so it's a natural subject that facility managers need to be thinking about right now." 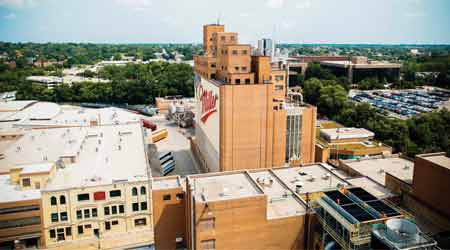