First of a three-part cover story showcasing the General Service Administration's sustainable success during the Obama Administration.
By Greg Zimmerman, Executive Editor   Green
OTHER PARTS OF THIS ARTICLEPt. 1: This PagePt. 2: GSA Commits to Historical Renovation, the Green Proving Ground, and Dedication to Occupant WellnessPt. 3: New FBI Headquarters on the Drawing Board

Just over a year ago, the U.S. General Services Administration (GSA) — the massive government agency that owns or manages leases for the federal government’s facilities (about 8,700 comprising 370 million square feet) — reported that it had hit its first five-year target for reduction in energy use intensity. That goal? In five years, between 2011 and 2015, GSA had reduced its energy use intensity by 30 percent over 2003 levels in its owned and leased space across the country. Achieving this goal, which had been set forth in the Energy Independence and Security Act (EISA) of 2007 and aided by President Obama’s 2009 Executive Order 13514, represented a major milestone for the agency as it continues to make sustainability a priority in its design, construction, and operations.But while energy efficiency is the most visible and relatable achievement, it represents only a small portion of the progress GSA has made toward high-performance and sustainable buildings over the last several years. To look at GSA’s recent achievements, it’s useful to examine five main strategies GSA has targeted:

On March 19, 2015, President Obama issued Executive Order 13963 titled “Planning For Federal Sustainability in the Next Ten Years.” It sets specific targets for emissions reductions and other sustainability goals — getting 100 percent of the government’s energy from renewable sources by 2025, for instance. Indeed, it’s no secret the Obama Administration highly prized sustainability and initiatives to mitigate climate change. And while the new administration brings a degree of uncertainty regarding its sustainability priorities, GSA is confident it’ll be able to continue its work. 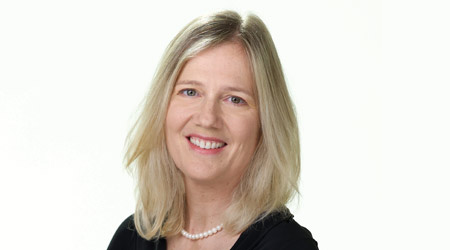 “Sustainability is something GSA has been working on for 40 years,” says Eleni Reed, GSA’s chief greening officer in the Public Buildings Service. “We’ll continue working to make federal buildings more energy and water efficient, minimize waste, and support the well-being and health of occupants.” As well, Reed says GSA will continue to integrate sustainability in a cost-effective manner, providing value for taxpayers. Here’s a look at how GSA has done that in each of the five areas and how it’ll continue its work into the future.

1. Smarter government
Cynics might suggest that “smart government agency” is an oxymoron, but GSA has been a pioneer in the now-exploding field of intelligent buildings. “We find that smart buildings, analytics, and advanced metering perform a huge role in reducing energy,” says Reed. “Our investment in this area has been a huge success.”

With a strong commitment to advanced metering, analytics, the Internet of Things, and in-building dashboards, GSA has shown how making buildings smarter results in several benefits — most notably, gains in energy efficiency and occupant satisfaction. The backbone of GSA’s smart buildings program is its GSAlink platform — enabled by GSA’s focus on smart meter installation over the past decade, this software collects and analyzes millions of data points from nearly 500 facilities. These facilities are the biggest energy users — they comprise about 90 percent of GSA’s total energy spend, says Reed. GSAlink is essentially a central repository for all these data and analytics, allowing GSA staff to detect faults, manage energy, and perform strategic action.

GSA’s focus on smart buildings stems from what Reed refers to as the “three pillars of smart buildings.” The first is how GSA is able to leverage technology already in a building — that is, making use of a building’s existing building automation system, controls, and metering. The common refrain these days for getting started with the Building Internet of Things is that if a building has a BAS, it’s already half way to IoT. Just about every large building has some degree of automation, so it’s a matter of identifying how what is already in place can be used so as not to have to start over.

The second pillar is to then add to what already exists in terms of technology and analytics. In many cases, this involves adding smart metering, which GSA strongly believes plays the biggest role in energy reduction. “We’re focused on submetering to identify where building elements were not working optimally and using that information to strategize the next steps,” says Reed.

Finally, Reed says GSA prioritizes being able to offer building staff training and technical support to ensure smart buildings maintain their intelligence. The agency has partnered with Penn State University to offer a course called the Fundamentals of High Performance Buildings (among other offers) that covers smart buildings operations training, including GSAlink.


GSA will continue its emphasis on smart buildings and advanced metering, says Reed, as this technology truly represents the most cost-effective and efficient way to save energy and meet the agency’s goals.

2. Race to zero
President Obama’s 2009 Executive Order 13514 sets a goal of 100 percent of new federal buildings achieving net-zero energy by 2030. It’s a lofty goal to be sure, but it’s in line with many of the goals — from those the U.S. Green Building Council has suggested for its LEED rating system to other initiatives like Architecture 2030, in which designers commit to net-zero energy by 2030 — in the private sector.

GSA firmly believes net-zero energy on a large scale is an achievable goal, even for renovations. “Net-zero energy really depends on the project and the site,” says Reed. “But we’ve worked on net-zero on existing historical building renovations and with performance contracts.”

The existing building renovation to which Reed is referring is the Wayne N. Aspinall Federal Building and U.S. Courthouse in Grand Junction, Colo. GSA used $15 million in Recovery Act funds to renovate the 42,000-square-foot building. The renovation was completed in 2013.

Reed says the keys to arriving at net-zero energy are two-fold: First, whether it’s renovation or new construction, net-zero energy requires “looking at how to integrate a whole-building design process, then, depending on the site, identifying how onsite generation is possible.” The Aspinall Courthouse, for instance, includes a 385-panel, 128 kW photovoltaic system that covers a large percentage of the building’s electricity demand.


The second key, dovetailing with GSA’s smart buildings strategy, is a “commitment to ongoing monitoring and team collaboration,” says Reed.

Occupant behavior, especially as it relates to plug loads, needs to be considered at the project’s inception, she says. That’s because with super-efficient HVAC and lighting systems usually in place, plug loads in net-zero energy buildings will account for a higher percentage of the building’s total energy spend than in a traditional building. So encouraging energy efficient occupant behavior, and mixing in the appropriate technologies (smart power strips, task lighting, etc.) to help reduce these loads, is a tremendous aid to net-zero energy goals.

“We’re making sure systems are installed, functioning, and operating per design,” says Reed. “This involves the tenants helping reduce energy with plug load use as well.”