Connecting big-picture emissions reduction pledges with boots-on-the-ground action is the next stage of climate progress. “Cities need to know they actually have support to move these things forward,” says Corvidae. “Building owners should engage as champions. That has a huge ripple effect.” Indeed, in many cases it’s at the individual building level where real impacts are being made. And facility managers are the champions leading this charge.

“Facility managers are now on the front lines of climate change mitigation both in terms of working to ensure energy efficient operation of the buildings they maintain and in ensuring that structures and operations are resilient and can stand up to the growing hazards caused by a warming planet such as the ‘monster’ storms we are experiencing in the Southeast and along the Atlantic coast,” says Alexi Miller, senior project manager and engineer with New Buildings Institute.

Hughes agrees: “Because of higher than ever commitment on the parts of cities to advance energy efficiency, they’re even more receptive to the voices of local business to identify common ground,” she says. “These commitments are an easy on-ramp for communicating and working interactively with local government.”

According to EPA, currently 37 percent of greenhouse gas emissions are directly from buildings and from utility-produced electricity consumed at the building level. Making a dent in that number means a larger-scale commitment to ultra-energy efficient buildings and onsite renewable energy. 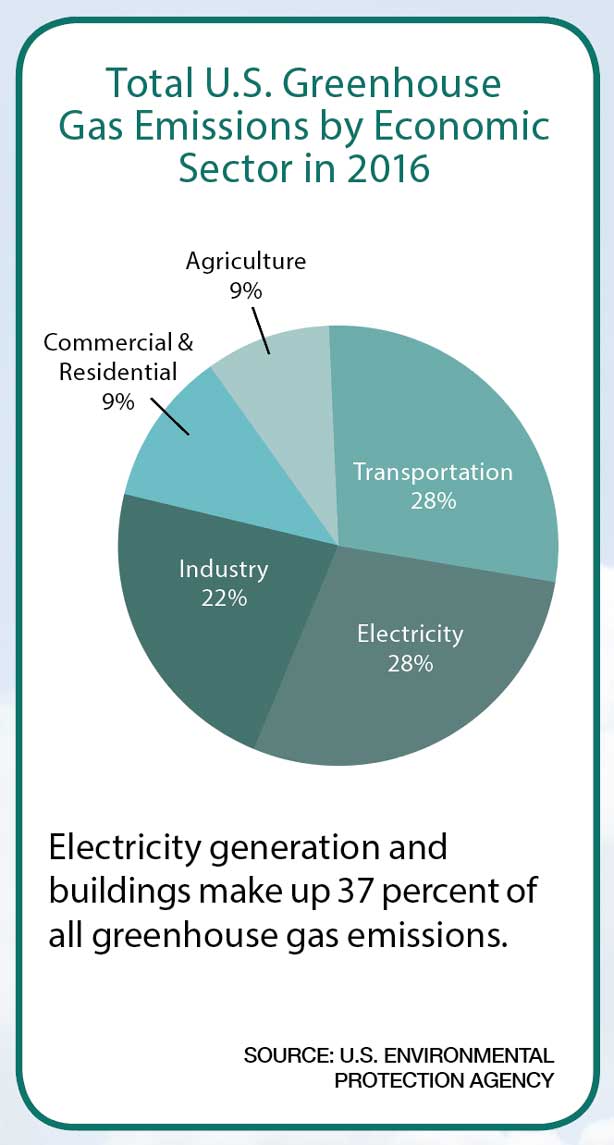 Step one is making a firm commitment to investing in energy efficiency, with a potential end goal of net-zero energy or even carbon neutrality. Net-zero energy differs from total carbon neutrality in that the latter means a building is totally grid independent — that it is not producing any greenhouse gas emissions whatsoever and any electricity it does use is produced onsite from renewable sources. Many organizations expand the definition of carbon neutrality to include efforts to make up for any emissions with various mechanisms, like buying renewable energy credits or carbon offsets. Purists say this isn’t true carbon neutrality because emitting any molecule of greenhouse gas into the atmosphere, even if it’s offset in other ways, is still harmful. But semantics aside, the goal from the start, whatever the exact nature of an organization’s climate mitigation goal, should be to use absolutely as little energy as possible.

So efficiency should always be the first step. “It always makes sense to take efficiency as far as you possibly can, and then look at renewables,” says Matt Jungclaus, manager with Rocky Mountain Institute’s buildings practice. “Then you can right-size renewable energy or energy storage systems. Investing in efficiency first allows you to come to the most resource-efficient answer for mitigating climate change.”