Not that long ago, organizations undertook “green” efforts largely as a way to make a point, worrying less about whether the environmentally friendly measure would pay actual financial dividends to the bottom line. Well, those days are rapidly coming to a close.

Today, most green in institutional and commercial facilities need to satisfy both of these demands — environmental friendliness and financial payback.

A case in point is the Embrey Engineering building at Southern Methodist University (SMU) in Dallas. The new 56,000-square-foot building, which opened this fall, is the first facility in the state of Texas to earn gold status under the U.S. Green Building Councils’ Leadership in Energy and Environmental Design (LEED).

The building has brought the university more than just publicity for environmental friendliness. Many of the building’s components and related materials that helped it earn the designation also have generated additional important benefits for the university — namely, encouraging energy efficiency and saving money.

Among the challenges for the university’s energy management and engineering department during the building’s design process was ensuring that the building and its key systems delivered both financially, as well as environmentally.

The building’s designers conceived most, if not all, of its materials, systems and components with sustainability and LEED certification in mind, from carpets and paints with low levels of volatile organic compounds to natural light and motion sensors on lighting systems designed to enhance occupants’ comfort and productivity.

But the lion’s share of their attention, as well as that of Michael Paul, SMU’s director of energy management and engineering, went to the systems that use large amounts of water and energy, both of which are increasingly high-cost items in any organization’s budget.

Among the building’s innovations is its HVAC system, which recycles water from cooling towers for use in the irrigation and plumbing systems. The system will generate annual energy savings of about $70,000, Paul says, and will help SMU hold down water costs. To generate the savings, the system takes advantage of a built-in but often overlooked resource — cooling tower water.

“Basically, we have an endless supply of water,” he says.

Initially, the city’s code enforcement officials objected to the idea of using cooling-tower water for these purposes.

“Because it wasn’t even in the (plumbing) code, they weren’t going to let use do it,” he says. But after local code officials checked with code developers on the national level, they agreed to let SMU incorporate the use into the building’s plans.

The building’s Georgian architecture also featured components that made the design team’s challenge even more difficult, including slate roofs, relatively small windows and lots of columns. Beyond that, the architectural style went against the common perception of an energy efficient, environmentally friendly building a sleek, modern-looking structure, Paul says.

Getting to green in the design and construction of the Embrey building wasn’t as easy as it might seem, Paul says. The university had tried to earn LEED designations for previous new-construction projects, but the concept had not received the needed financial support from key players inside and outside the university.

That situation changed when the dean of the college of engineering started talking with the school’s alumni about the design of the new engineering building.

“The dean’s donors were engineers, and they started mentioning green design,” Paul says. Once this key group threw its support behind the concept of a green design, the project hit the fast track.

“Once the donors and the dean got on board, there was no looking back,” Paul says.

The planned building, including its laboratories, presented architects, contractors and Paul’s department with a number of engineering challenges that affected its ability to earn LEED points. Among them were exhaust systems, a 24/7 operating schedule, and non-operating windows.

Designing HVAC, plumbing and lighting systems that benefited the bottom line and the environment was essential for certification. But Paul says perhaps the biggest challenge the team faced involved getting all of its members that the project could achieve LEED gold certification, which can be a difficult challenge.The effort involved a great deal of team building, clear communication and convincing.

“If people were negative, we tried to turn that around,” he says. The proposal to use cooling tower water for irrigation is a prime example. Initially, other members of the university’s planning team were cool to the idea.

“They wouldn’t even listen to the idea,” Paul says. Among their concerns was that the chemical content of the water might be harmful to plant life. Chemical tests, however, revealed that the water was safe for use in irrigation.

In overcoming roadblocks and concerns on the team and building consensus for the project during the design phase, Paul points to the team’s use of charrettes — intense planning and training sessions including all parties involved in the project — focusing on incorporating elements into the building that would meet LEED requirements.

“You have to have everybody on board,” he says. “There were three of us that were pulling people along. But everybody got on board about three-quarters of the way through.

“Once everyone took ownership, it was amazing to see the transformation.”

Not surprisingly, however, the project’s ultimate success is rooted in a component that determines the fate of almost any major project — executive-level support. Without that, a project won’t deliver either environmental or financial benefits.

In SMU’s case, the early support of the dean of the engineering school, as well as the alumni was crucial.

Says Paul, “If you can get support at the highest levels of the organization, that’s really 90 percent of the battle.” 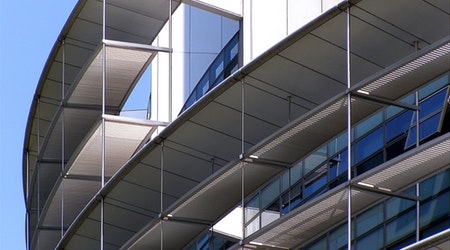 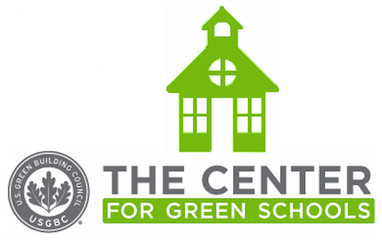