How Outside Factors Can Influence NFPA Codes And Standards

For example, the newest versions of several NFPA codes now include standards for track-type evacuation chairs. These are not brand-new products. What was holding them back from inclusion in the fire code was a lack of an industry standard.

"You can't put things in codes and standards unless you have a standard to list them by," says Allan Fraser, senior building codes specialist, NFPA. "When we talk about 2x4s or steel beams or whatever's out there, there are — maybe not NFPA standards or ICC standards — but there are industry standards out there as to what those products are, how they're defined, how they're made, and how they perform."

The lack of an evacuation chair standard was remedied in 2013, when the Rehabilitation Engineering & Assistive Technology Society of North America (RESNA) published its RESNA ED 1: 2013, American National Standard for Evacuation Devices — Vol. 1: Emergency Stair Travel Devices Used by Individuals with Disabilities. After the RESNA standard was formalized, the 2014 versions of several NFPA standards set requirements for track-type evacuation chairs.

In the case of toilet partitions and other interior surfaces, the outside change is in the way they are tested. Instead of ASTM E-84, the "tunnel test," surfaces containing polypropylene or high-density polyethylene (HDPE) must comply with NFPA 286, Standard Methods of Fire Tests for Evaluating Contribution to Wall and Ceiling Interior Finish to Room Fire Growth.

The new test uses a burner at two different intensities — five minutes at 40 kilowatts, then 10 minutes at 160 kilowatts — to simulate relatively small interior fires, such as a trash can or a chair being on fire. Jim Lathrop, vice president, Koffel Associates, says that in the NFPA 286 testing that he's aware of, untreated polypropylene and untreated HDPE have not passed, but that doesn't mean they can't ever be used in interior surfaces. It does mean that the manufacturer would need to formulate the materials with enough added flame retardant to pass the test.

"It's not a prohibition of the product at all," Lathrop says. "It's a matter of saying if the product can be made to pass the test, then it can be used."

In another example of outside factors driving code changes, Jan. 1, 2014, brought a new requirement for low frequency sounders in areas intended for sleeping, such as hotels or college dorms. The change was deemed necessary based on research showing that the hard of hearing, children, or even those who were mildly alcohol-impaired were much more likely to be awakened by the low-frequency tone than the traditional tone.

The change — originally added to the 2010 version of NFPA 72: National Fire Alarm and Signaling Code — applies to new construction of these spaces.

How Outside Factors Can Influence NFPA Codes And Standards 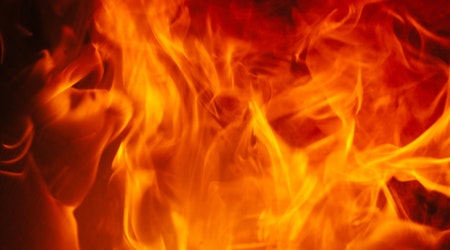 Getting the Best Fire/Life System System You Can