The Smithsonian Institution is close to making a decision on a new headquarters somewhere in Washington, D.C., wrapping up a process that has been in the works for nearly two years. The federal institution plans to evaluate a short list of a half-dozen responses to a request for proposals (RFP) that it issued last year for consolidating its roughly 450,000 square feet of leased and owned office space into one location, says John Lapiana, the Smithsonian's deputy undersecretary for finance and administration.

The Smithsonian began weighing its options in the summer of 2014, armed with an audit from its inspector general that urged it to quickly wrap up a cost-benefit analysis of whether it is more prudent to lease or own its headquarters space. The minutes from a Smithsonian facilities committee meeting in December revealed that purchasing is the most cost-effective approach.

The final six offers, culled from 16 responses to the RFP, include existing properties and build-to-suit options. While the responses included sites in Virginia, an evaluation committee has ruled out those options. A Smithsonian spokeswoman said following the hearing that the RFP seeks up to 550,000 square feet and that the institution hopes to complete its evaluation by this fall. After a series of internal processes, that would put it on track to make an award by the end of this year or early next year.
Read more here.

This Quick Read was submitted by Dan Hounsell, editor-in-chief of Facility Maintenance Decisions, dan.hounsell@tradepressmedia.com. Read about the emerging trend among large institutional and commercial facilities to shrink their facility footprints at https://www.facilitiesnet.com/16311FMD. 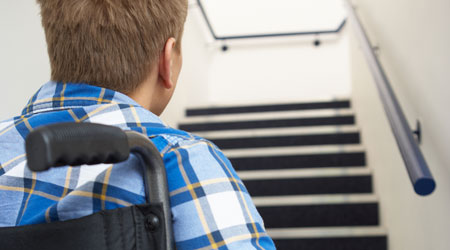