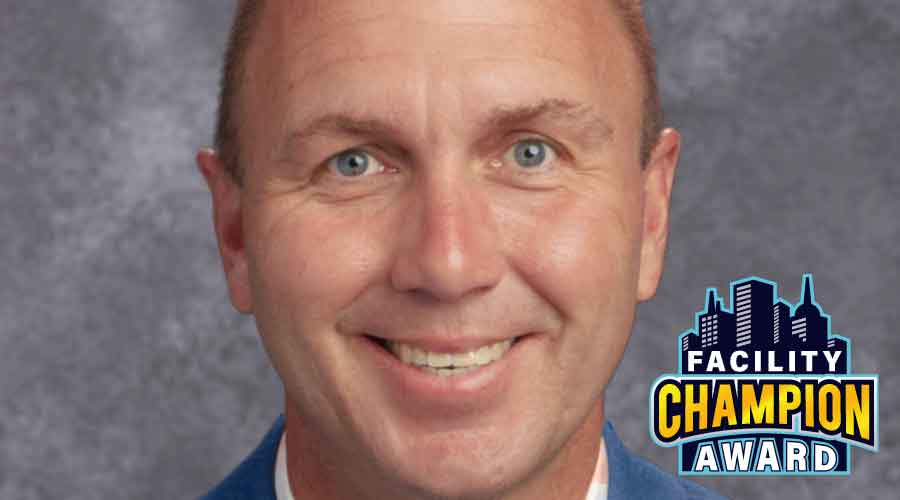 He started working in Facilities Management in the Kentucky district as the director of maintenance, and since then, it’s been one project after another for one of the fastest growing districts in the state.

“I have been working facilities for Scott County Schools since 2015,” says Ellison, the assistant superintendent of operations and 2022 Facility Champions recipient. “We have been doing the day-to-day maintenance and new builds at a pretty fast rate over those years with great support from our community and leadership, and having a great team of on the ground guys that know how to get the job done.”

The school district’s growth reached a peak from 2017-2019, when Ellison oversaw a $100 million project that included the building of a new high school and athletic complex, an elementary school as well as the addition to a middle school and the renovation of another elementary school.

With those projects out of the way, there was another new project waiting for Ellison. With funding always an issue in public school districts, Ellison fought to ensure that a new high school would be completed.

“The high school project came in about 10 million dollars over what we were capable of paying for the project,” says Daniel Wells, the district athletic director who nominated Ellison for the award. “Rather than just let the new project fail, Dwayne worked with the contractor and all of the sub-contractors to get the project under budget. The project was then approved by our board and the ground was turned in August. What was once a dead-in-the-water project was able to continue because of his leadership.

“He balances the needs of the aging schools while still meeting the growing pains that happen when getting the keys to new facilities.”

Other signs of Ellison’s strong leadership skills shine through both in the community and in other aspects of his career.

In addition to his duties as a superintendent, Ellison acts as school safety director and also coordinates a monthly group of 20 facility managers from Central Kentucky school districts to share issues and solutions with a group of peers.

Outside the district, Ellison serves as a county magistrate and manages a 5-kilometer run that raises about $70,000 annually to benefit sudden infant death syndrome (SIDS) to benefit the Finley Foundation after losing a son to SIDS in 2013.

“Dwayne can negotiate a 100-million dollar building project and that same day fix a pothole or a leak,” Wells says. “He is vested in his career and one of the greatest parts is he invests time into making sure others in the same line of work have access to the same information and contractors that he does. He is a huge asset to our school system and our community.”

Ellison is a humble sort who served as an educator, coach and principal before landing in facilities. He developed a knack for facility work when he helped his father remodel houses when he was younger.

“I continue to learn every day,” says Ellison, who defines success in his position as, “when you maintain or build a facility that people feel has warm, enjoyable spaces, that has a very practical and efficient operation that meets the needs of its users.”

Dwayne Ellison is the seventh in a series of 2022 Facility Champion profiles sponsored by Ferguson Facilities Supply. Ellison and other champions were recognized for their leadership and creativity in Facilities Management by FacilitiesNet. Honorees have been invited to participate in a Facility Champions Roundtable at NFMT Remix at Paris Las Vegas Resort, Nov. 2-3. 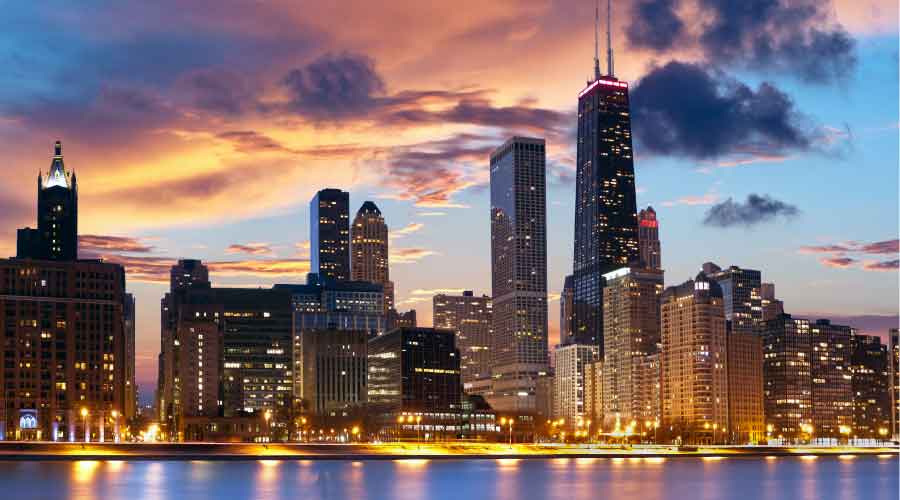 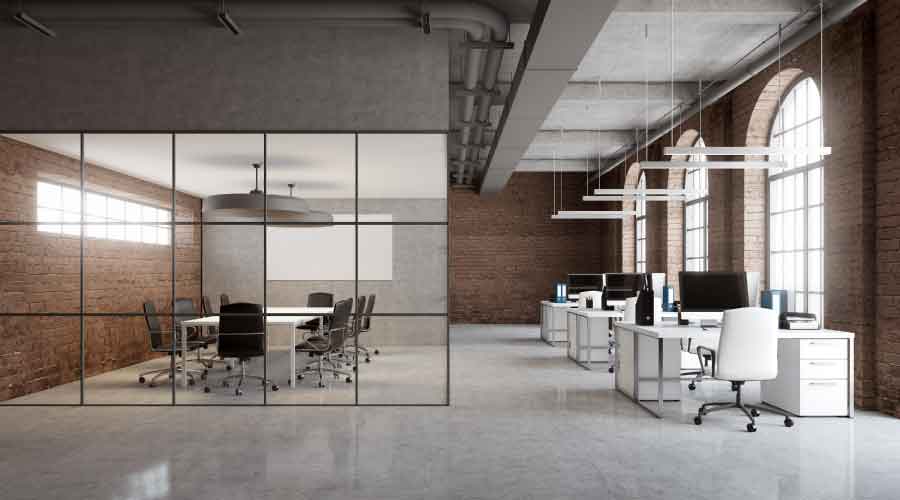 As companies decide on remote or hybrid workforces, building owners are considering their next moves in the changing environment. 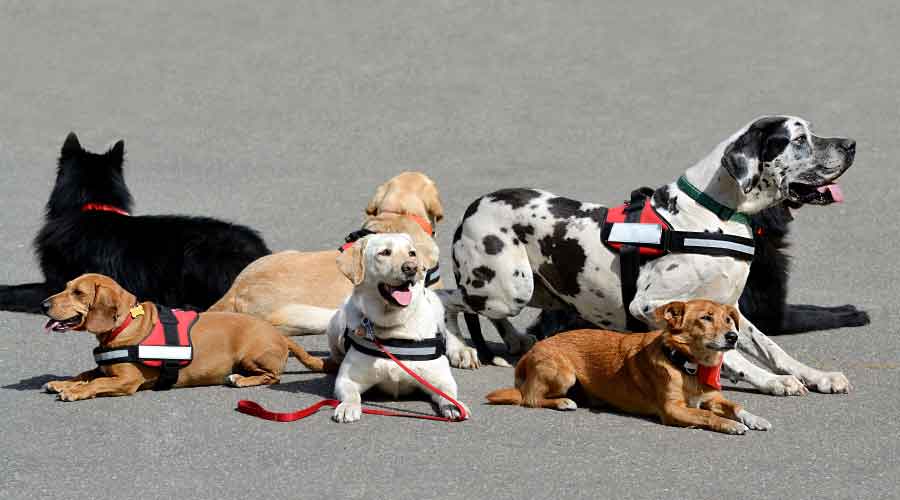 Does Your Facility Need a Facility Dog? The Answer Is Yes

Facility dogs are a growing trend for healthcare and educational facilities. 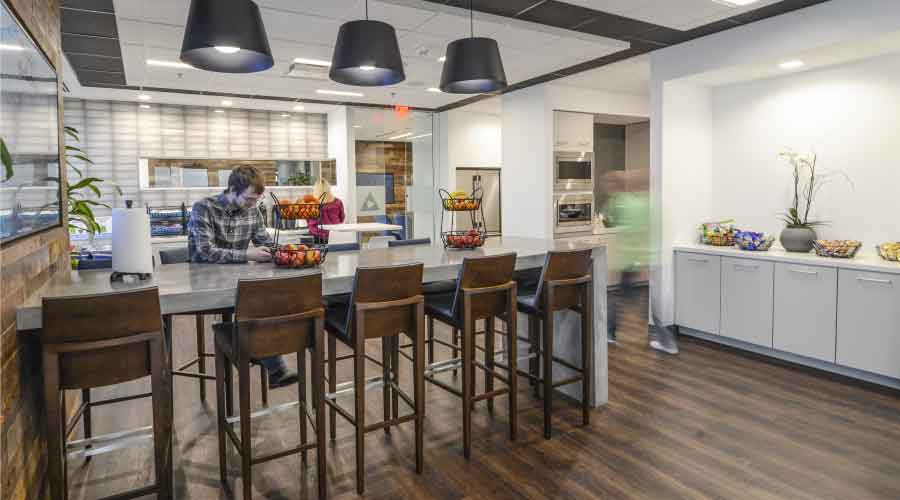 Leaders must decide whether or not to design and engineer a building to minimum code and risk having it viewed as unsafe.