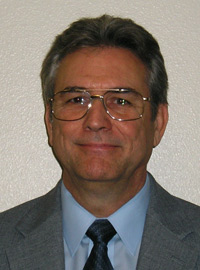 
Describe your department's role in this project

Facilities Management was the lead group and acted as the general contractor for the project.

The entire project was approached from the direction of efficiency and sustainability. Materials with high recycle content such as tile and carpet were used. Also materials that had a high potential for reuse later in life were also considered and incorporated. In particular, these were the modular furnishings that can be reconfigured and reused in other locations with minimal refurbishment. Also energy efficient equipment and lighting were used throughout to ensure the lowest possible energy impact.


What was the single greatest challenge of the project and how did you address it?

Using a new concept in project management for our agency, (was the greatest challenge). The idea of the airport acting as the general contractor and managing multiple sub-contractors had never been tried. In addition, these were smaller contractors not used to working on public works or government agency jobs. This required training and mentoring of the contractors to be successful.


The project was completed substantially under budget. What contributed to this?

The main contributor was the elimination of the prime contractor concept. This allowed the airport to deal directly with the subcontractors and eliminate the normal prime markup. It also reduced and in some cases eliminated layers of management.
This combined with the modular concept and open floor plan significantly reduced project costs and shortened overall project time.


If you could do one thing differently what would it be?

Adding a higher level of training for the new contractors as well as better establishment of the administrative tracking processes. Since this was a new concept, many of the procedures used did not exist and were created "on the fly". Since completion of the project these processes have been streamlined and formalized and are now SOP for the department.


Is there one part of the project that will have the greatest impact on daily maintenance operations?

The whole project was developed and implemented by the same staff that will have to maintain it. The use of a life cycle approach to the project was used throughout. Materials were selected not only for their environmental sustainability but operational sustainability as well. Total cost of ownership was and is key to ensuring long term success.