The value of proactive planning and analysis, a recurring theme with this year’s four FMXcellence Award winners, was dramatically borne out when a critical air handler imploded in 2007 at the Fred Hutchinson Cancer Research Center in Seattle. A large disc that controls air volume came apart and was sucked right into the fan, creating a ferocious noise that was compared to “an enormous freight train rumbling right through the boiler room.” The implosion tore the 3,000-pound motor right off its mount.

This was not totally bad news. In fact, the facility management team was ready for it. The air handler had long been regarded (in polite terminology) as a lemon, with quirky behaviors and bad design features. Fortunately, only 12 days before the implosion, the team had completed a 50-year plan setting out some 20 improvements they’d make to the unit if it got old and died. Now, although proactive fixes were not possible, the facilities staff was able to make repairs and nearly all the desired upgrades in record time.

“We turned that lemon into lemonade,” says Seth Thornton, facilities engineering planner. “In every facility there’s equipment that’s either oversized or poorly engineered that needs a plan for when it breaks down or fails, to bring it into a state of being more maintenance friendly, or lasting longer.” Such pre-planning, he says, “incredibly simplifies the work the operating engineers will have to do.” According to Robert Cowan, director of facilities engineering, Fred Hutch has a saying, “If you don’t have a good Plan B, you’d better have a good resume.”

That approach, emphasizing pre-thinking and creating a solid foundation of analysis to get out in front of looming problems, typifies this year’s FMXcellence winners. Building Operating Management magazine created the awards program six years ago to identify and spread the word about industry best practices, and to recognize facilities management teams that add significant value to their organizations by helping to achieve broader goals. “This year,” says magazine editor Edward Sullivan, “we had one of the strongest pools of FMXcellence honorees that we have ever had. That made judging difficult.”

The remaining parts of this article take a look at each of the winners. 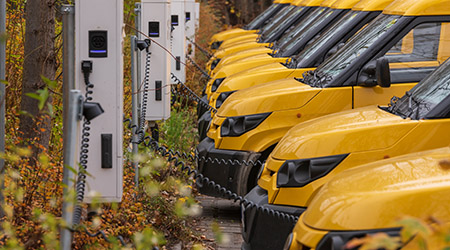 3 Considerations for Switching to an Electric Vehicle Fleet