Caroline Horton was working as a Portuguese and English interpreter in São Paulo, Brazil, when she fell in love with facility management. She interpreted in many different subjects for many different clients — finance and mergers, even helicopters — but what caught her eye was interpreting for an American facility management consultant and how he saw everyday objects, like urinals and cleaning products. “His take on everything was so different, that when I interpreted, I was really intrigued by it,” Horton recalls. “When I came back to the United States, I Facebook messaged him and said, ‘I really like what you do, and I want to do it too.’”

Of the young facility management professionals in this article, Horton’s origin story might be the most exotic, but the arc of her approach and interpretation of what it takes to be successful in facility management from the get go has a lot of similarities with her peers. The five individuals featured here, all under 35, some significantly so, have taken an aggressive education-based approach to developing the beginning of their careers in facility management. Some have studied it directly, while others have acquired degrees and credentials along the way. They enter the field hungry for peer-to-peer collaboration, aware of the impact facility management has on the whole organization, and gunning to take their seats as key executives.

Approaching the career with a background in translation and an English degree, Horton asked her facility management contact where to start. He suggested she join a facility management industry organization, go back to school, and read industry magazines. “I basically did everything he wrote down,” she says. She joined IFMA, went back to NYU, got her Facility Management Professional (FMP) designation, found a mentor, and from there started working in facility management in New York City in 2013. She is currently facilities associate at D.E. Shaw & Co.

A Building Operating Management survey of facility managers under 40 found that 67 percent of respondents have a four-year college degree. However, well over half of these are in fields not traditionally associated with facility management, with the most common degree being in business. (See chart on page 20 for breakdown.) Beating out architecture as a foundational degree, 11 percent of respondents reported having an undergraduate degree in facility management, a growing yet still not common option.

There are currently 12 programs in North America offering a bachelor’s degree in facility management, according to IFMA’s FM Academic Registry. In addition, there are ten master’s level programs. Dorothy Scholnick, a facility consulting staff professional at Facility Engineering Associates, is a recent graduate of one of these, with a bachelor’s in facility management from Temple University, as well as an FMP. 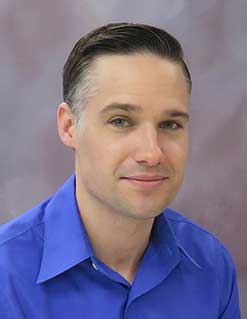 "One of the things I’ve really learned to like about facilities — until I’m retired or I’m gone from this Earth, I’m just going to keep learning.”
—Jason Lackner, facilities senior engineer

Starting out as an architecture design student, Scholnick says a facility manager came to one of her classes to give a presentation on the Kimmel Center in Philadelphia on some of the design issues the facility was facing once occupied. The presenter said facility managers are responsible for coming up with solutions over a building’s lifespan. “That really spoke to my interest in problem solving and made me more interested about the FM industry, “ Scholnick says.

Having been in the field for just about a year now, Scholnick says her expectations for having varied workdays and helping to tackle a variety of problems has definitely been met. But something unexpected has been the gap between the academic understanding of facility management and FM in practice.

“Having a degree in FM, you see the ideal situation and best practices for operations and space planning,” she says. She was then surprised when leading companies and universities did not have the same kind of best practices in place. “They’re not there yet. They’re not as advanced as what we’ve been taught. So that’s interesting, and has given me the opportunity to learn about what’s best, what’s ideal, and apply that to spaces and have an impact to grow programs to where we were taught, to bring it to the right level.”

While there are undergraduate and graduate programs in facility management, getting a doctoral degree in the field is still nearly unheard of, a fact Jason Lackner, facilities senior engineer for a defense contractor, laments. He jokes that he came to facility management when his parents left him at bring-your-kid-to-work day. With no firm plans after high school, a summer job sweeping floors and helping move employees at the company where his parents worked turned into a mechanic’s aid position, which led to other positions in the company as well as getting a business administration degree, an FMP designation, a LEED Green Associate, a master’s in energy management, and a Sustainability Facility Professional (SFP) credential. He is currently working on his Certified Facility Manager (CFM) credential. “One of the things I’ve really learned to like about facilities  — until I’m retired or I’m gone from this Earth, I’m just going to keep learning,” says Lackner. He says he would like to pursue a doctoral degree in facility management, but the only FM-specific programs he’s aware of are in Europe.

Much as with other professions where having some form of bachelor’s degree is a de facto entry-level requirement, in facility management acquiring an advanced degree or industry certifications is seen by young professionals as an important differentiator. Most of the facility managers Ronnie Mewengkang, chief of facilities and security at the Vilcek Foundation, networks with don’t have master’s degrees, he says. “FMs should start to think about pursuing advanced degrees,” he says. “For me, it was extremely important to gain more knowledge than what I already had from an institution and professors who had already been in the field for many years and could help me with the challenges I faced in the field.” While working at the Vilcek Foundation, he earned a master’s in construction administration and an FMP, which he put to use directly in the ongoing construction of the foundation’s new headquarters in New York.

If a master’s degree is not in the cards, pursuing certifications is still seen as a key strategy. Horton cites a friend with an FMP having an easier time landing job interviews, and professors with the CFM credential reporting that recruiters are constantly reaching out. “With the credential, it’s easier for people to know who you are and reach out to you,” she says.

While she was studying for her own FMP, Horton says she was intrigued that there was only one other person in her class with a facilities-related degree (in construction management.) All of her other classmates had degrees in a wide variety of fields, such as human resources and physics. But they all fell in love with facility management. She says that diversity of backgrounds is an asset in her generation. “It’s a different mindset,” Horton says. “I’m not saying that we’re professionals at this and that we know it all, but I think this generation is more diverse.”

VIDEO: Dorothy Scholnick On How To Get Young People Into FM