By Winston Huff   Facilities Management
OTHER PARTS OF THIS ARTICLEPt. 1: This Page

Maintenance and engineering managers face a tough decision as to whether to specify a centralized or a distributed uninterruptible power supply (UPS) for new construction or renovation projects.

Consider the major renovation of a large facility. The facility has more than 200 data rooms, each with one or two small UPS systems. The manager needs an efficient way to monitor, manage and maintain these systems effectively. Through recent experiences of brownouts and blackouts, he realizes not all of the distributed UPS systems has functioning batteries, or they were offline.

In contrast, for many small to medium-sized new-construction projects or renovations, a centralized system is overkill. In these cases, the smaller distributed systems are easier to manage.

How do managers and information technology (IT) teams figure out the most appropriate situations for a centralized system and when to specify a distributed system? Advances in UPS technology are making the decision more complicated than ever.

Several options exist for managers trying to effectively protect their critical IT infrastructure.

Centralized systems typically are large — 20-1,000 kilovolt-Ampere (kVA) — and feature on-line, double-conversion UPS. They usually include or require a transformer.

Distributed systems typically are smaller — less than 20 kVA — as a standby or line-interactive application. They usually are also rack-mountable with a smaller footprint.

The decision on which system best fits a particular situation often depends on three factors: operations, reliability, and management.

The two types of systems operate differently. Centralized models are flexible, with panel boards and receptacles. Distributed models are more limited, with a fixed distribution.

Having stacked, vertical risers in a centralized model lowers the capital installation cost for feeders to the panel boards. The risers usually are less important in a distributed model, where branch circuits can run out of the closest electrical panel board.

The planning, delivery, installation, start-up, and testing of a centralized UPS takes longer and requires more coordination, relative to a distributed unit. A centralized system also requires a larger footprint and might require a dedicated HVAC system, so it usually requires dedicated space.

Also, the location of the distributed units is very flexible, while relocating a centralized UPS is costly and takes significant coordination.

Finally, ease of maintenance is typically better for a centralized unit, due to the smaller number of physical units, but this factor also might lead to longer potential outages impacting more end devices simultaneously. The advantage with distributed units might be in spreading the load across a large number of units.

Beyond that, smaller distributed units do not generally require specific preventive maintenance because they can be seen as disposable, meaning it might be less expensive to buy a small number of spare units and replace them as needed, instead of continually maintaining several dozen or even hundreds of units.

UPS systems are not temporary, and the equipment they support will be in service for longer periods of time. As a result, managers need to understand the reliability issues for the system they specify.

Because centralized units are made for mission-critical and high-availability solutions, they typically are more reliable. Ensuring this reliability often requires regular preventive maintenance.

To help managers specify the most appropriate technology to help them manage the systems more effectively, several protocols are available with different architectures.

Typically, technicians can configure building-automation systems to manage the centralized UPS, while the distributed units typically are managed using the transmission control protocol/Internet protocol (TCP/IP) model. The different architectures are making significant progress with other protocols, and now, nearly every product solution has some form of TCP/IP support. Several protocol converters also are available from third parties.

The way these two UPS work makes a major difference in the system a manager specifies for a particular situation.

A centralized UPS typically uses online, double-conversion architecture, meaning it converts alternating current (AC) power to direct current (DC) power through a rectifier. Then it changes the power again to AC through an inverter. This process produces a more stable power curve and eliminates most surges, spikes, and distortions.

By contrast, a distributed unit typically uses line-interactive architecture, meaning an interaction or reaction must occur for most power corrections. The unit reacts to measured distortions within that time frame, and some power anomalies pass to the end devices.

Centralized units have significantly more stable frequency output compared to distributed units, which generally do not have substantial frequency correction. Any frequency change passes through to end devices. Most new IT equipment can operate within a frequency range of 47-63 Hertz (Hz).

Agree? Disagree? Have something to say? We want to hear from you. Visit myfacilitiesnet.com/members/Winston-Huff/default.aspx, and "Start a Conversation." 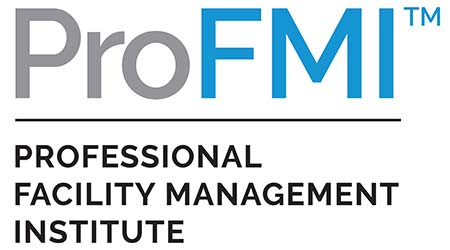