The forces at play during the recession have already created changes in the commercial real estate market in terms of how financial transactions are structured.

From the financing side, the days of low money down are gone, says Rogers. "You're not going to be able to buy commercial real estate with 5 and 10 percent down anymore," he says. "LTVs (loan to value ratios) are 70 to 75 percent. The LTVs are a lot lower and the properties are getting scrutinized. They actually have to make money." Even if the market continues to loosen, he says, he does not expect LTVs to go much higher, meaning buyers will need to be able to put 25 to 30 percent down.

As an example of the market change, he says, before the recession an empty building would actually have sold for more than an identical but fully occupied building. The reason: Rents were increasing at such a pace that there would have been more profit for the buyer of the empty building. Now, the leased building will sell for more because there's a steady stream of income.

As well, other forces of change in the market have been accelerated.

"Whenever you have a downturn like this, what it generally does is it accelerates change," says Chamberlain. "It's an entrepreneurial world and people are looking for better solutions out the other side."

One change is the consolidation of space, says Chamberlain. Some buildings undergoing major renovations right now are aiming to have double or triple the density for office workers in that building, he says, citing a current GSA project. This will be accomplished through telecommuting, remote work and smaller workspaces.

"Square footage is going to drop over the next five to 10 years and beyond," Chamberlain says. "As they renegotiate leases, people are going to be looking at giving back some space, or looking at smaller spaces that they can build out to their needs."

Demographics also are going to come into play, as more Millenials — born between 1980 and 1995 — come into the workforce. These workers are characterized by a propensity for teamwork, open office plans and remote work. "We're going to be a different workforce that works differently and from all indications, needs less space to get the job done," Chamberlain says.

What To Do In the Meantime

But before we get to 2013 and we're all working off our 10th generation iPad, there's the issue of what to do now.

"Really, the first question these days is to survive," says Southard. "Can you avoid the distressed property piece? Can you pay your mortgage quarter-to-quarter or month-to-month?"

This is especially true for Class B properties. In 2010, transactions occurred in top-tier Class A space as tenants and owners who could took advantage of the market to move to quality, and also in distressed property, as an investment play. But everyone in between is seeing a whole lot of nothing.

For Southard, the name of the game is holding on to the tenants you have and getting very well in front of any tenant renewals you might have. It's a big piece of what has driven the declining rents in the market as owners tried to keep their spaces filled in order to be able to pay their mortgage, he says.

"We expect flat rents in 2011, limiting further damage from what has been caused by falling rents so far," Southard says.

Even with no money available for major capital improvements, Chamberlain says building owners and facility mangers can still be smart and focus on what they have with their asset.

Energy efficiency, leveraging technology, and how the building is wired up for virtual work places are all things for building owners and facility managers to stay on top of.

Building owners and facility managers who are succeeding in the downturn are staying close to their tenants so they can understand what changes are going on with their businesses and trying to match services, he says. And they're also staying close to those tenants to get a sense for how the building is operating, to make whatever changes they need to attract new tenants and learn from the mix they have.

"In any market, no matter how bad, there are always opportunities out there to attract new tenants or to see emerging cottage industries that could be housed in your office building or in your retail space," Chamberlain says. So network with colleagues and the business community to see where future opportunities are and try to get there first, he says. 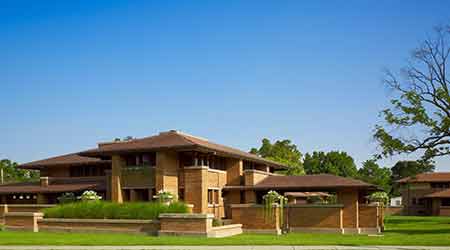