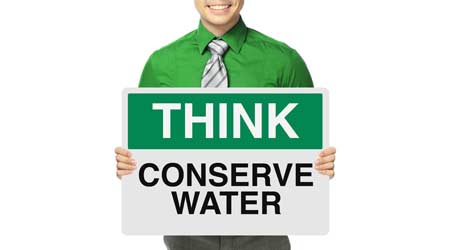 
By Dan Hounsell, Editor
Facilities Management
OTHER PARTS OF THIS ARTICLEPt. 1: This Page

Institutional and commercial facilities are notorious water hogs. From outdated plumbing fixtures to leaking irrigation systems, maintenance and engineering managers face a host of challenges in trying to hold down costs related to water waste. These managers discuss their experiences with inspection, repair, and retrofits designed to achieve this goal.

Describe your department's efforts to conserve water in and around your facilities.

LEASURE: In terms of plumbing, we've retrofitted almost every urinal on campus. Almost 95 percent of our urinals are now low-flow urinals and use one-eighth of a gallon. We just finished that project, and it took us about three years. We also made all of our spigots low-flow. We did that in 2005 to 2009. In that time period, we installed low-flow showerheads, low-flow sinks, and we went to 1.5 gallons per flush as our standard for toilets. So we've retrofitted everything we know of, unless it was so cost-prohibitive that we couldn't do it. We have some ancient-looking stuff that it's not cost-feasible to take out. For irrigation, we have timed systems and moisture content systems, though most have been programmed to be moisture-sensitive systems. So it senses the moisture in the ground and turns on the sprinkler as needed. We're also trying some drip systems.

BRANTLEY: Our county jail is a 1,100-bed facility, and this initiative involved the jail cells themselves. Water-saving-devices were installed on combination fixtures in the jail cells. It's a stainless steel toilet and water basin all in one. What we learned when this was audited was that we had left the control of the unit for flushing the toilet and running water through the sink in the control of the people who were incarcerated. They could flush the toilet all day long if they chose. (We installed) automated valves, aftermarket retrofit devices. Also, we found that when we studied (the county's agricultural) building that we were using an exorbitant amount of water for irrigating our local botanical gardens. When we studied the situation, we found that water use was running from 500,000 gallons per year to in excess of 800,000 gallons per year. So a challenge was made to consider the capture of storm water from that site, containing it, repumping it and distributing it about the grounds. We studied that rooftop relative to annual rainfall, determined how much water could be captured from the rooftop. We studied how much fell in different months versus our irrigation rates. We went out into the community and found surplus tanks that were previously used for petroleum storage at gas stations. We deduced that with these four tanks, we could respond to about 80 percent of the demand for water consumption for irrigation of the grounds.

FRANTZEN: We installed new ADA toilets both with auto-flush valves and tank-style valves that reduced water consumption from 4.6 gallons (per flush) to 1.8 gallons. Newer toilets are developed to provide much better flush characteristics and reduce issues with backup lines. All exam and restroom sinks we retrofitted with low-flow strainers, reducing water consumption from 1 gallon per minute (gpm) to 1/4 gpm. Also, running only one chiller has reduced our water consumption sewer costs significantly. I had a capital justification cost to integrate our two chillers and four boilers so either system could run the facility, making this possible. Water and sewer savings have reduced operating expenses nearly $30,000 in the last 10 years. Utility savings were significantly higher, with a payback on the total project of less than six years.

What have been your biggest challenges and problems related to water conservation?

FRANTZEN: Buy-in. It took over six months of discussions and showing savings projections (before the organization decided to) invest into our facilities for the long term. With each new savings opportunity, I am able to remind our board of the past success and also the numerous rebate awards that have been received.

LEASURE: Acceptance. They didn't like the low-flow sinks and still don't. They don't like toilets that don't flush. So we've had a few places — let's say about 2 percent of the time — where we've had to go back and make adjustments on those toilets to make sure that they flush and that there's no problems. Another problem was odor. We attempted, probably for 10 years, to implement waterless urinals. We tried everything on the market, a lot of different stuff. They even built a building with them, then went back and took them out (because) they performed so badly.

BRANTLEY: One of the things we have working against us here in Tallahassee is that pure water is all around us and is readily available, abundant and cheap. We're underlain here by the Floridian aquifer, which is a pristine source of water. It's where all the municipal supply here is drawn from. Current rates for water in our town range from $1.47 per (one) thousand gallons for very low usage to $2.52 per thousand gallons. That's a pretty cheap water supply and is different from other parts of the country.

How would you characterize the impact of the projects on the bottom line?

FRANTZEN: Our water and sewer rates have gone up over 30 percent in the last 10 years, yet our consumption remains lower, and had we not done these conservation efforts, our operations cost would be substantially higher. Actually, the (savings) projections exceeded what we had expected. When we first started this, we were asking, "Are you sure we can save that much?" So we actually used a little more conservative number. But we exceeded the original number. We have over 200 sinks in just this one medical facility. If you have every doctor and nurse washing their hands for 30 seconds for every patient, they run a half-gallon of water each time. Now they run a quarter-gallon of water each time. If they're doing that repeatedly all day long, the savings and the reduction are phenomenal.

LEASURE: In our most recent water reduction project, (we) switched to 1/8-gallon (per flush) urinals in most buildings, resulting in $50,000 annual savings with a three-four year simple payback. The use of regional vegetation, time-controlled sprinklers, moisture-controlled sprinklers, and drip irrigation has produced a reduction (in water use). Several underground cisterns have been to capture and reuse water for irrigation. One of our most successful projects was the diversion of a spring percolating the bottom of the stadium to the tank farm. The water is used to water the football field. Overall (we) estimate 15 percent reduction in water use or more.

BRANTLEY: We've had a series of audits that have been performed since we finished that contract, and that particular project alone has saved us $80,000 a year, both in terms of water conservation and (operations and maintenance) savings. It also eliminated the need for diaphragm replacements on the pre-existing valve units that were in those combination water devices. The cool thing was that it put in our hands, versus the inmates' hands, the ability to control flushing and reflushing. We can put a time lapse between reflushes. It also provides for a more efficient flush of the facilities than the original equipment did. We reduced the flush rate from 3½ gallons per use down to 1.6 per use. And by the time lapse that was input into the devices, we were able to save about 15 million gallons per year because there were 642 of these devices installed throughout the jail.

What is your department's role in identifying potential water-savings opportunities?

FRANTZEN: These projects were recommended to our board with (return on investment) justification. I tracked our usage and verified (that) our calculated savings were actually occurring. I bundled this water conservation with the extensive HVAC updates that were occurring. I oversaw the selection of all components with an engineering firm and had final approval.

LEASURE: We're usually the ones who have to identify projects. And if not identify, we at least have to do the research and prove out the viability of the ideas. Once they are (judged to be viable), we put the projects together and have them installed.

What were your top considerations in specifying replacement parts and equipment for these projects?

BRANTLEY: Basically, we were seeking to eliminate risk with these products. We were looking for a track record from vendors who had done it before and who could provide us with references for successfully performed projects. We reviewed technical literature on the devices. We required them to furnish sample devices. We worked with staff to go through the mechanics of installing, servicing and adjusting them. Since these are adjustable devices, we can go into the devices at any time and change the settings to know how much water is going through the units and the time interval between successive flushes from the inmates. We also required a successful product demonstration from the vendor.

FRANTZEN: I wanted toilets that reduce plugs and the best way to achieve this was with either (of two products) that had the option for a 3-inch tank water release into the toilet. This enables a faster flush with more action to clean the toilet basin completely. Even with less water flowing in the toilets, we (now) have a reduced issue with plugging. We still get the occasional diaper or feminine napkin, but this has improved significantly.

LEASURE: Our biggest concern is reliability — that we're not putting something in that's not going to be reliable. When we put the flush valves in on the low-flow urinals, the company had to come back and replace 150 of them because they had premature failure. Basically, what would happen is they would just run. (The manufacturer) did it under contract. They were good about it. Invisibility is also important. We want to put them in and not have the customer notice the change.

What impact has the finished project had on maintenance and engineering activities?

FRANTZEN: The one thing that's noticeable for our group is that previously, because of the number of restrooms and public facilities, we were always unplugging toilets throughout the facility. We have over 1,000 patient visits a day, and somebody's always throwing a diaper or paper towel in a toilet. Now we seldom have a toilet issue. So we have a labor savings that's ongoing with that because we're not unplugging. And because of the new toilet castings, we have fewer issues with flush valves and flappers because everything flows better. Cost-wise, we have fewer issues with the newer style than we did with the older style, so we've had a decrease in repair parts for toilets, both for automatic flush valves and for tank-style.

LEASURE: So far, we have been most pleased with the low-flow urinals. They have maintained operational functionality that people like. Nobody has complained about them. They don't smell. It was an easy retrofit, and we got a good payback on it, in the area of four years. Our biggest problem is spigot tampering. People like to take off the ones on the spigots and showers or make them inoperable. Then we have to go back out and replace them. They just don't like the products. 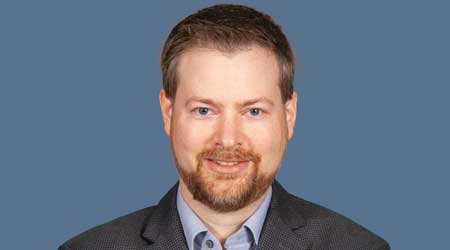