Experts fear a CBR attack, but can't say when, where or how. Inside, steps facility executives should consider now

The Murrah Building in Oklahoma City. A nightclub in Bali. The rail system in Madrid. The subway in London. For all their differences, those deadly attacks have one thing in common: The instrument of terror was a bomb. Even on Sept. 11, terrorists used aircraft as missiles that exploded when they struck their targets.

Those attacks helped to produce a new era of security measures for buildings. Some steps are intended to prevent terrorists from gaining entry to a building; others are designed to harden a building against an explosion outside. But bombings are not the only threat a building may face. As the sarin gas unleashed in a Tokyo subway in 1995 and the 2001 anthrax attacks showed, the risk of chemical, biological or radiological weapons cannot be discounted.

How seriously should those threats be taken? Fortunately, terrorist attacks against buildings in the United States are rare. But that fact will be of little comfort should an attack occur. Many experts contend that another attack is all but certain, but none can predict when, where or how the attack will occur.

The opportunities for terrorists to use chemical agents against the American public exist almost everywhere. Chemical production plants, manufacturing facilities that require industrial chemicals, and even municipal water-treatment plants are all potential targets.

But even those facilities without the need for chemicals are hardly immune. In the case of water-treatment plants, the chlorine used to purify city drinking water is usually transported to the facility by train — oftentimes through the heart of a city. Train tankers carrying chlorine could be detonated en-route, sending up a plume of toxic chlorine gas. (See box below.)

“What frightens me most are industrial toxins that get into the wrong hands,” says William Bahnfleth, the founding director of the Indoor Environment Center at Penn State University.

Often, the constituent ingredients for chemical bombs are easy to come by, and they can be weaponized more easily than biological agents. Many chemicals also have long shelf lives. These factors indicate chemicals to be a good weapon choice for terrorists.

“Chemical weapons could be made by anyone with a rudimentary knowledge of chemistry, using recipes that are available on the Internet and other published sources,” says Wladyslaw Kowalski, a professor of aerobiological engineering at Penn State.

Kowalski believes that the most likely buildings to be attacked with chemical weapons would be large office buildings, sports arenas or crowded malls.

Biological weapons are a different story. With the exception of anthrax, biological microbes are difficult to grow.

Anthrax remains a threat, largely because it is one of the easiest and deadliest microbes to grow in a lab. But a lab isn’t necessary. In fact, anyone with a cattle farm can grow anthrax.

“History has shown us that anthrax is an effective bioterrorism weapon because the bacterial spore is very stable and storable,” says Sean Ahrens, senior security consultant with Schirmer Engineering.

The physical structure of the anthrax spore largely explains its hardness. The core of the microbe is wrapped in a protective sheath. When the microbe lodges in an organism, the protective outer layer melts away, and the microbe begins to work.

A small number of other agents, such as hantavirus or bubonic plague, also occur naturally and might be harvested to a limited degree from animals in the wild or in animal facilities. But other biological threats are a distant second to chemical threats because of the extraordinary difficulty of weaponizing bacterial pathogens.

“Even with a laboratory, terrorists would have a difficult time growing pathogenic microbes,” Kowalski says. “Toxins, like botulinum toxin, might be easier for would-be terrorists to create and use than any microbe.”

These toxins could be dispersed into the ventilation systems of buildings, dusted around malls, or mailed. Kowalski believes there will be more mailings of toxins and dry bioagents in the future, but not in large quantities and not as military-grade weapons.

Many facilities have hardened their perimeters to prevent bomb-carrying trucks from crashing through the front lobby. Measures have included placing concrete bollards, large planters, and other vehicle barricades at the edge of properties.

But countering biological or chemical contamination threats are much more difficult. Retrofitting existing buildings with CBR countermeasures is cost-prohibitive for all but the most high-profile targets, so many security experts recommend drafting preparedness plans instead.

“Put yourself in the mindset of a terrorist,” says Ahrens. “Imagine having to defeat security controls.”

The first step is to conduct security and threat assessments.

“The most important thing to do is identify vulnerabilities,” says Bahnfleth. “Building owners need to identify threats and inventory the likelihood that any one of them will be exploited by terrorists.”

This process is difficult because there are such a wide variety of terror options available to attackers. Nevertheless, it’s important to determine what threats exist near a facility. Among the questions to ask:

Once the risk has been identified, the next step is to reduce the threat. The American government increasingly relies upon what it calls “humint” — military-speak for human intelligence. Facility executives should consider doing the same thing.

That doesn’t mean relying on spies. Ahrens recommends empowering the staff in facilities to take note and report threats.

But getting staff in any facility to routinely identify and report problems can be unreliable, particularly when staff are afraid of “crying wolf.”

This is no small consideration for facility executives. Every interruption or disruption can cost an organization valuable time, money and efficiency.

Moreover, unless properly conditioned, people tend to be optimistic, dismissing potential threats. This is problematic. Often, people are unwilling to believe that they (or their organization) are vulnerable to terrorism. In other words, they need to come face-to-face with the problem before they are fully cognizant of the threat.

William Sako, a security consultant and president of Sako & Associates Inc., recommends that facility executives overcome this tendency with regular security meetings. “The challenge is to maintain a state of heightened awareness even in times of relative calm,” he says. “This is done effectively through signage, the presence of security, and regular security briefings and meetings with building tenants.”

Sometimes, facility executives also need to rely upon technology to protect buildings and occupants. However, rather than install CBR-specific countermeasures in existing buildings, Bahnfleth recommends cost-justifiable fixes that both mitigate terrorist threat and benefit the larger aims of the organization.

Facility executives need to weigh one investment against others, Bahnfleth says. For example, rather than invest in special filters or air-quality sensors, he recommends investing in the HVAC system itself.

It’s no secret that HVAC systems are the best choice for distributing chemical or biological contaminants within a building. So when facility executives commit themselves to knowing intimately the operations of their HVAC system, they are better prepared to know exactly what to do if and when a biological or chemical terrorist attack occurs. At the same time, better knowledge of the HVAC system will help facility executives improve system operations.

“Focus on closing off or restricting access to entry portals, such as loading docks, mail rooms and physical penetrations for HVAC and MEP systems,” Sako says. “Controlling who goes where and when is the foundation of a good building security program.” 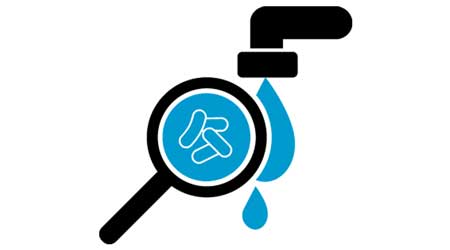