Growth in nuclear capacity and generation, enhanced biofuels consumption, and growth in coal-to-liquids (CTL) capacity and production are among the projections of The Annual Energy Outlook 2007 (AEO2007) reference case, released by the Energy Information Administration (EIA).

Growth in nuclear capacity and generation, enhanced biofuels consumption, and growth in coal-to-liquids (CTL) capacity and production are among the projections of The Annual Energy Outlook 2007 (AEO2007) reference case, released by the Energy Information Administration (EIA).

The reference case represents a baseline projection under existing policies and a given set of assumptions regarding economic, energy market, and technology conditions. Oil, coal and natural gas are projected to provide roughly the same 86 percent share of the total U.S. primary energy supply in 2030 as they did in 2005 absent changes in existing laws and regulations, the report says.

The report projects that total operable nuclear generating capacity will grow to 112.6 gigawatts in 2030, including 3 gigawatts of additional capacity uprates, and 12.5 gigawatts of new capacity stimulated in part by EPACT2005 tax credits and rising fossil fuel prices rise.  Total nuclear generation is projected to grow from 780 billion kilowatthours in 2005 to 896 billion kilowatthours in 2030, but the nuclear share of generation falls from 20 percent in 2005 to 15 percent in 2030.

Projected energy prices and recently enacted public policy will help to support greater use of alternative fuels, such as ethanol, biodiesel, and CTL, the report says.  The report projects that ethanol use will grow from 4 billion gallons in 2005 to 11.2 billion gallons in 2012 and 14.6 billion gallons (about 8 percent of total gasoline consumption by volume) in 2030.

Natural gas consumption is projected to grow to 26.1 trillion cubic feet (tcf) in 2030, well down from projected consumption of 30 tcf or more that had been included in the AEO reference case only a few years ago.  Much of this change results from projected natural gas prices that significantly cut the expected growth natural gas use for electricity generation over the last decade of the projection period, says EIA.

Coal is projected to play a growing role, particularly for electricity generation, according to the report.  Coal consumption is projected to increase from 22.9 quadrillion British thermal units (quads) in 2005 to over 34 quads in 2030, with significant additions of new coal-fired generation capacity over the last decade of the projection period.  The projections for coal use are particularly sensitive to the underlying assumption for the reference case analysis that current energy and environmental policies remain unchanged throughout the projection period, says EIA.

Other highlights of the AEO2007 include:

- Consumption of renewable fuels is projected to grow from 6.5 quads in 2005 to 10.2 quads in 2030. More than 50 percent of the projected demand for renewables is for grid-related electricity generation, including combined heat and power, and the rest is for dispersed heating and cooling, industrial uses, and fuel blending.

The full AEO2007 report, including projections with differing assumptions on the price of oil, the rate of economic growth, and the characteristics of new technologies, will be released in early 2007. The reference case projections from the AEO2007 is available at the EIA Web site. 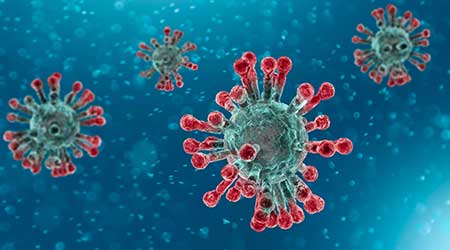