Knowing the legal requirements is only a first step. Understanding how a facility is used offers invaluable guidance in selecting systems

Facility executives responsible for the day-to-day operation and financial performance of buildings can often get caught up in the pressure to create comfortable environs for occupants and to reduce expenditures. While those are two important factors to the success of facilities in any organization, they cannot be achieved by skirting local and state building code requirements.

With compliance to building codes a given, the real question on many projects is whether it is worthwhile to go beyond code requirements. In some cases, efforts to exceed codes can add value to a facility. In others, the added expense only has a marginal impact on a building’s value.

Although it’s impossible for facility executives to know the requirements of every building code in every locale where they are responsible for a facility, it’s no excuse for not knowing the importance of code compliance and the debilitating effects that noncompliance can have on an organization.

Fraser says he remembers inspecting one building that contained a restaurant on the top floor. An inspection of the building resulted in the building owner being cited for not supplying the proper structural support for the floor loads in the restaurant and for not having the necessary construction, use and occupancy permits. That was just the start.

Exactly how that building was allowed to continue to operate for as long as it did even though it didn’t meet code stemmed from what the building owner considered a “favor,” Fraser says.

The building owner was an attorney in the town where the building was located. City hall building inspectors had managed to overlook the building’s shortcomings, allowing the owner to stay in business.

Fraser says accepting “favors” like that can only lead to trouble.

“From a building owner’s perspective, it’s nice if a code official let’s you get away with something — at least it’s perceived as being nice,” he says. “It is, in fact, a very, very dangerous game.”

“The code is a minimum,” Fraser says. “You shouldn’t go below that simply because it’s not good business practice.”

But even if a building is allowed to reopen after making necessary changes to comply with building codes, the intangible damage that might have occurred during the closure could be difficult to repair.

When a building is closed, it is essentially off the market to tenants who might be looking for space in an area. Once a building loses market share, it could be difficult — if not impossible — to regain it.

Fraser uses retail grocery stores to illustrate that point. When groceries stores undergo renovations — whether for code violations or any other reason — work is usually done at night or in a way that has minimal interference with shoppers. Such care is taken because grocers understand that if shoppers are forced to go elsewhere because of construction work, they might develop new buying habits and never return.

With all that’s at stake for organizations with buildings that don’t meet code, what’s a facility executive to do? A good starting point is to become familiar with building codes in the various jurisdictions where the organization has facilities.

Paul Pinigis, principal in charge with the engineering firm Gage and Babcock, suggests that facility executives become familiar with basic code requirements that apply to a particular building. Then, particularly with fire systems, get to know what special requirements are needed based on the type of building in which the system is being installed. In high-rises, for example, there is a requirement that the fire system be interoperable with other systems.

Only then, he says, should local code officials be brought into the process. By then, facility executives should have at least a basic understanding of what’s needed so they can better judge what’s required of the code and what system features are unnecessary.

“Bringing the code official in too early is like giving them a blank check,” Pinigis says. “It often happens where a building owner or architect will accept what the code official tells them as fact and a lot of money is wasted.”

Although facility executives don’t have to know all the details of building codes, they should keep in contact with trade associations to keep tabs on significant changes that could affect their buildings

With fire codes, Pinigis says, facility executives need not worry that simply meeting the requirements means the building is unsafe. Fire codes are written so that meeting the minimum requirements results in safe structures, he says. As evidence, he points out that 99 percent of fires are extinguished with 5 sprinklers operating; 95 percent of fires are put out with only one sprinkler. Specifying more sprinklers than required isn’t likely to reduce the damage that a fire could cause.

Unlike adding more insulation than what’s required by code, which would improve building comfort and reduce energy expenses, beefing up fire safety systems doesn’t necessarily bring a payback when meeting the code is sufficient.

“There is a pretty substantial margin of safety designed into fire codes,” Pinigis says.

To be sure, a facility executive should enter discussions regarding codes with a firm understanding of how the building is similar to others of its type and how the facility will be expected to operate. That knowledge will help guide decisions about whether the added expense that might be necessary to exceed certain code requirements is worth it.

Larry Litchfield, manager of the Phoenix regional office for Schirmer Engineering, spent a portion of his career serving as a code official in Phoenix and San Francisco. While he says not every facility need be built to exceed code, hospitals, fire and police stations, and other special-use buildings should be. That’s because all of those facilities are not only expected to have systems that allow them to withstand a fire or natural disaster, but to continue to serve the public.

In California, for example, Litchfield says hospitals anchor computers to desktops to minimize the risk of damage during earthquakes even though the code doesn’t require such a move. He’s also aware of telecommunications firms that install air-sampling equipment to detect temperature rises in equipment, a precursor to a fire. Those high-tech firms have taken those steps even though the code only requires that they install more robust smoke-detection equipment compared to conventional buildings.

Some day, he says, it’s likely that codes might require such sophisticated detection equipment. Codes usually lag what’s actually being done in some facilities by as much as three to six years.

“Most of the codes are reactionary,” Litchfield says. “So, by their design, they’re not going to be state-of-the-art.”

Covering the Legal Side

One of the best moves a facility executive can make is to be sure that agreements with the various contractors, designers and managers involved with a new construction or renovation project properly assign code responsibility, says Fraser of NFPA.

It’s not enough to assume that those involved with a project will build projects according to code. There should be language in the contract that requires contractors to meet codes and, if they don’t, to pay for any damages or further work that might result.

Facility executives should be forewarned that if a building owner were sued by a tenant or anybody else for damages that result from code violations, insurance companies may not pay the claim. Fraser says most insurance policies contain escape clauses that protect the insurer from paying damages if buildings do not meet local codes.

Finally, facility executives should be sure that any contractor or designer with which they work is licensed to do the work they are being asked to do. Also, make sure contractors carry workers’ compensation insurance, completed operations insurance and have the financial means to support themselves should legal problems arise, Fraser says.

“You might win a lawsuit, but you can’t get blood out of a stone,” Fraser says. 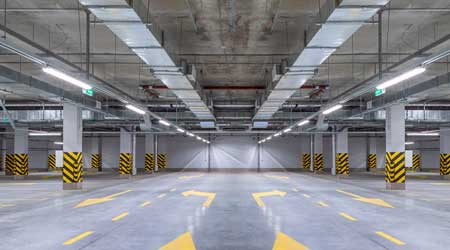