Build it and they will come — especially if it's green. That is certainly the expectation for the developers of the International Green Construction Code (IgCC), which is scheduled to debut early this spring. While some states and cities have already begun implementing many of the code's provisions for commercial buildings, the recently finalized version will soon become the nation's first official model green building code.

"The IgCC represents an important milestone in the transformation of the building sector as it strives to become more sustainable," says Sean Denniston, a project analyst for New Buildings Institute (NBI). A nonprofit committed to improving commercial building energy performance, NBI is one of several industry partners that provided feedback during the code's development. "While it is entirely up to local municipalities to adopt the code, its availability indicates a step towards standardizing green building practices that goes beyond current rating systems like LEED and Green Globes," says Denniston.

Adding to the International Code Council's suite of I-codes, the IgCC is an overlay code that includes requirements for a range of issues pertinent to sustainability, including a substantial portion dedicated to energy efficiency. Most importantly, the IgCC sets a goal of 10 percent better energy efficiency than the 2012 International Energy Conservation Code (IECC).

"While 10 percent may seem small, it should be noted that the 2012 IECC is roughly 25 percent better than the 2006 version, which most jurisdictions still follow," explains Denniston. "In all, jurisdictions that adopt the IgCC will require commercial buildings to become about 30 percent more efficient than their current standard counterparts."

Two key features of the new code that set the stage for continuous improvement of energy performance in buildings include metering requirements and the standard for how energy performance of commercial buildings is measured. These aspects of the IgCC will support increasing efficiency in future development cycles.

The IgCC includes a comprehensive set of metering, sub-metering and feedback requirements entirely new to the I-Codes. It requires the installation of meters at the whole building level for all fuel types, including onsite renewable energy sources. It also includes an innovative set of separate sub-metering requirements for HVAC, lighting, plug, process and building operation loads.

All buildings must segregate the wiring (or piping) for these load types, but only large buildings must install the meters. This emphasis on "meterability" ensures that even small buildings, where the additional metering equipment might be cost-prohibitive, can eventually support the installation of meters. "This forward-looking approach to metering represents a shift in focus from efficient equipment to efficient systems," says Denniston.

EPI Scale for Energy Use Targets

Another forward-looking feature of the IgCC is the Zero Energy Performance Index (zEPI), an energy scale based on the average building energy performance at the turn of the millennium. "Every new code that has come out over the last 30 years has been touted as a certain percentage more efficient than its predecessor. But this constantly moving baseline has made gauging long-term progress in building energy efficiency very difficult," explains Denniston. "With the zEPI scale, we can now compare all codes and all buildings to a common baseline and obtain an energy improvement metric that is meaningful." 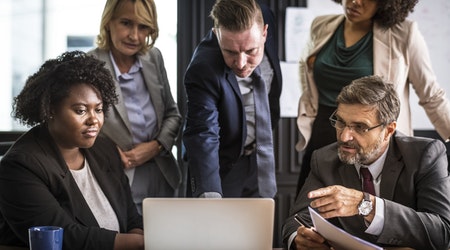