Social media platforms are free to use and seemingly everyone is using them, which might give the impression that they can be approached lackadaisically, but this would be a mistake.

Part of the strategy that needs to be thought through before embarking on a social media effort is the manpower and resources required to post frequently enough to make it worthwhile. Garret gives this analogy: If you're going to buy a motorcycle, don't let it sit in the garage and gather dust. "If you're going to have a Twitter account, a blog or if you're going to be a member of LinkedIn, you're going to get out of it what you invest in it, in terms of time," he says.

Another area to tread carefully on is how to respond to complaints and criticism. This policy should also be established before setting up an account for your organization. "Responding to complaints on social media takes a special frame of mind," says Altes. It's a mistake to respond either too aggressively or to simply delete the comment.

"The problem with deleting the complaint is that somebody saw it," she says. "What's on the Internet, stays on the Internet. People find out about it." Instead, the strategy should be to acknowledge the complaint and then take the rest of the response offline, much like moving from the lobby to an office with a closed door.

It's a lot to consider, especially for facility managers who might not be directly involved with social media at all. But with the societal shift that has occurred in the wake of Facebook, Twitter, LinkedIn, et al., it is unlikely that the influence and presence of social media will do anything but increase.

"Social media is going to become the company website of the future," says Altes, in the sense that at one point some questioned the need to have a website, a now ubiquitous requirement. "More and more people are conducting their lives on social media." 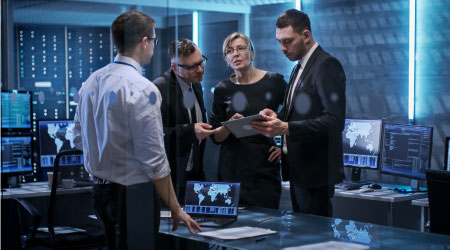