The American Society of Heating, Refrigerating and Air-Conditioning Engineers (ASHRAE) has announced a partnership with former President Bill Clinton to reduce carbon emissions and increase efficiency in the world’s largest cities.

The American Society of Heating, Refrigerating and Air-Conditioning Engineers (ASHRAE) has announced a partnership with former President Bill Clinton to reduce carbon emissions and increase efficiency in the world’s largest cities.

“ASHRAE has a long history of engineering for sustainability by applying its diverse technology to reduce the consumption of energy in the built environment,” Townsend says. "We are pleased to partner with the Clinton Foundation and others to accelerate the adoption of energy-saving technologies by city planners.”

For more than 30 years, ASHRAE energy standards have set the standard of care for the efficient use of energy resources in buildings. In particular, since being developed in response to the energy crisis in the 1970s, ASHRAE’s Standard 90.1, Energy Standard for Buildings Except Low-Rise Residential Buildings, has influenced building designs worldwide. It has become the basis for building codes and a standard for building design and construction recognized throughout the world.

“It no longer makes sense for us to debate whether or not the earth is warming at an alarming rate, and it doesn’t make sense for us to sit back and wait for others to act,” said President Clinton at the announcement event. “The fate of the planet that our children and grandchildren will inherit is in our hands, and it is our responsibility to do something about this crisis."

The Clinton Climate Initiative aims to assist the large cities in the group in reducing greenhouse gas emissions and increasing energy efficiency. To enable partner cities to do so, CCI will:

Create a purchasing consortium that will pool the purchasing power of the cities to lower the prices of energy-saving products and accelerate the development and deployment of new energy-saving and greenhouse-gas-reducing technologies and products.

Mobilize the best experts in the world, including ASHRAE, to provide technical assistance to cities to develop and implement plans that will result in greater energy efficiency and lower greenhouse gas emissions.

Create and deploy common measurement tools and internet-based communications systems that will allow cities to establish a baseline on their greenhouse gas emissions, measure the effectiveness of the program in reducing these emissions and to share what works and does not work with each other.

There are a number of practical steps cities can take to increase efficiency and reduce emissions, including:

- Utilize building codes and practices that make use of more effective insulation and more energy efficient windows, heating and ventilation systems, and lighting;

Many of these cities will be visited by ASHRAE leaders as part of initiative later this calendar year. The partnership anticipates that many more cities will join over the next four to six months. 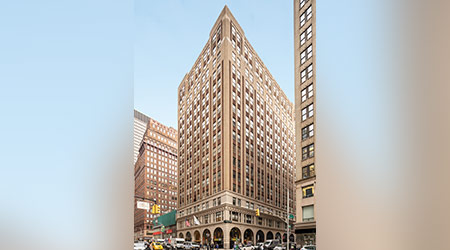