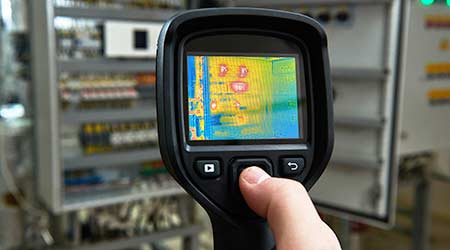 Technology and application advances put more power in the hands of managers and technicians
By James Piper, P.E.   Equipment Rental & Tools
OTHER PARTS OF THIS ARTICLEPt. 1: This PagePt. 2: Using Infrared Imaging to Detect Electrical IssuesPt. 3: Detecting Water in Roofs with Infrared Imaging

Infrared imaging systems are complex, so managers specifying new systems should not overlook the need for operator training.

Infrared imaging has become a valuable tool for maintenance and engineering departments. First available in the 1960s when it was used to survey high-voltage power lines, advances in technology have enabled the systems to evolve from backpack-sized units that required cryogenic cooling systems to today’s handheld systems. The latest generation of infrared systems use a sensor that operates at ambient temperature and requires no external cooling, while producing improved image quality.

The use of infrared imaging allows managers to take a more proactive approach to maintenance. Instead of having to wait for equipment to fail, technicians can use non-invasive, non-destructive monitoring to detect abnormal heat buildup without having to take it off-line.

The latest generation of infrared imaging systems offers increased resolution, among other advances. Today’s high-resolution systems have a 640x480 detector with 307,200 pixels, some offering four times the resolution of earlier detectors. Higher resolution means clearer images, better measurement accuracy, a larger field of view, and the ability to generate images of distant targets.

Among the major improvements in systems involve not the detector but rather what the system can do with the image. Early-generation systems used proprietary software and produced images that were available only in their proprietary formats. Today’s systems use standard file formats, such as jpg, bmp, tiff, or avi, which allows users to more easily store or share images for analysis. 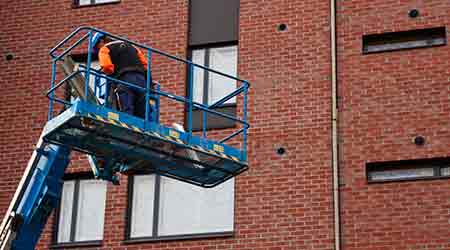 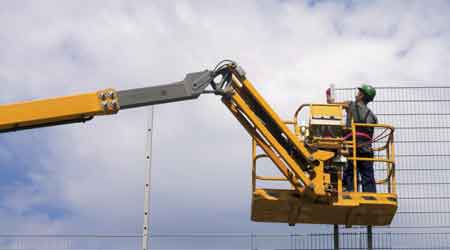