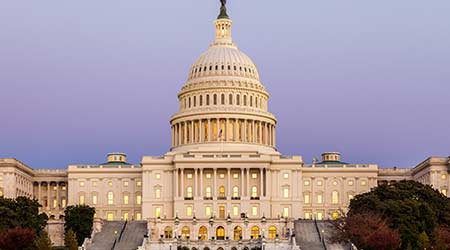 This week, we are likely approaching our last chance to get an EPAct extension. As you may recall, in late December a bill titled "Tax Extender Act of 2017" was introduced into the Senate that would provide extension on a number of expired tax provisions, including a two-year extension of EPAct through December 31, 2018, allowing the incentive to be available retroactively for buildings placed in service in 2017, as well as in 2018. Before Friday of this week, the government will need to pass a funding measure, and it is thought that this is possibly the last opportunity for this bill to be included and EPAct extended.

We urge you to reach out to members of the Senate Finance Committee and their key staffers as soon as possible, to request that the Tax Extender Act of 2017 be included on this week's Continuing Resolution and the EPAct 179D tax deduction be extended.

There are several ways you can help:

• Call the senators' offices advocating for 179D's extension and why it is important to your company.

• Email or fax a letter to the senators' offices. You can use the copy below in your own letter.

• Last but not least, if your company resides or does business in a senator's district, please copy your letter into their contact forms.

As you may know, numerous tax provisions expired on December 31, 2016, and S. 2256 introduced in late December would temporarily extend these, providing temporary relief for millions of taxpayers and companies. Many companies are already uncertain about the impact of Tax Reform on their operations, and further delaying action on this bill would create increased uncertainty. Thousands of companies throughout the country are relying on the addressing of this bill in a timely manner to both file their current tax returns and plan for the current year.

As you seek ways to grow our economy and create jobs with your efforts, we strongly suggest the inclusion of the Tax Extenders in this week's planned Continuing Resolution.

The Tax Extenders bill includes many important provisions.  One particularly important provision for our company is the Section 179D Commercial Building Tax Deduction for energy efficiency in commercial and multifamily buildings. Our Company, XXXXXXX, (Write a paragraph about your company, number of Employees in the state and the importance of 179D to you. Please make special reference to any projects you feel EPAct was pivotal in cost-justifying.)

As you know, 179D directly supports two national priorities: Job Creation and Energy Independence. 179D was introduced into the tax code with the Energy Policy Act of 2005. It has been extended four times and expired on December 31, 2016. Since the inception of 179D, it has assisted thousands of building owners and tenants in retaining jobs and increasing profitability; it has also increased job creation in the trades, where energy efficiency retrofits create large numbers of high paying jobs for a labor pool that was particularly impacted by the economic downturn. At the same time, 179D helps reduce our nation's dependence on foreign oil, thereby increasing America's energy security.

In a study conducted by the economics firm, REMI, long term extension of EPAct 179D was projected to create over 76,500 jobs, and create over $7 billion in GDP.

• HVAC retrofits require engineers for project system design, substantial U.S. manufacturing activity (most HVAC equipment is heavy and made in the U.S.), U.S. steel procurement and HVAC mechanics to install.

• The building envelope involves a wide variety of manufactured and workshop materials including roofs, walls, windows, doors, foundations and insulation. In addition to the labor required to create these products, large numbers of roofers, carpenters, installers and laborers are needed to handle the material and incorporate it into a building.

In addition, reduced building expenses allow for the retention of jobs on the building owners' end as well.

Our nation's goal of becoming energy independent cannot be achieved through domestic oil, coal, and natural gas production alone. Energy Efficiency is an untapped natural resource. Commercial Buildings represent 20 percent of our nation's energy use. "Drilling" for building energy efficiency is the least costly natural resource we have. For building owners, the upfront cost of retrofitting is expensive, but with utility and government assistance working together with building owners, energy use reductions between 20 percent and 50 percent can be obtained.

Commercial building energy efficiency is a critical way by which utilities can meet newly established national guidelines for carbon emission reductions. By improving the cost benefit equation of an energy efficiency retrofit, Section 179D thereby plays an important role in helping utilities comply with national policy while simultaneously reducing the need for the construction of costly new power plants.

Today, taxpayers and industry understand how to prospectively use 179D to achieve the greatest possible energy reduction far better than they did eleven years ago. This extension will empower our country to realize major energy efficiency gains and will not represent a material cost to Treasury. With the use of dynamic scoring the efficiency gains will increase taxable income over time for commercial building owners, and thereby reducing Treasury's losses from accelerating the depreciation.  The tax collected from added profits obtained through energy savings quickly outweigh the foregone tax revenue created by 179D.

Section 179D supports a key investment in the American economy: energy efficiency. Energy efficiency is a force-multiplying investment that saves energy, saves money, and sustains and creates American jobs. Comprehensive energy efficiency upgrades drastically improve the reliability and performance of the nation's building stock, while reducing demand on our energy supply. We urge you to include multi-year extension of EPAct 179D in upcoming legislation.

Charles Goulding is president of Energy Tax Savers, a tax firm that helps clients achieve federal tax incentives for energy efficient investments. He is a contributor to Building Operating Management, and his firm was a presenter at NFMT Orlando 2017. Since an extension of the Section 179D Energy Efficient Commercial Buildings Deduction now would mean a shorter tax season, the company offers a free review of 2017-completed projects. Information on how to use the benefit for projects completed January 1, 2006 through December 31, 2016 can be found on their website.