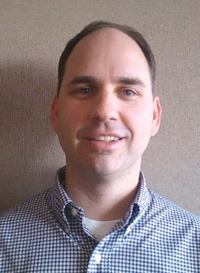 
Which project gave you the best payback and what was that payback?

The project that provided Tulsa Community College with the best payback was the lighting and lighting controls retrofit that occurred across our four campuses. TCC has already realized actual annual savings of over $266,000, which was approximately $50,000 more than projected. Additionally, TCC received rebates totaling $234,203 as a direct result of this lighting project, as well as rebate of $11,600 related to our chiller replacement. Both of these rebates were from Public Service Company of Oklahoma.


How have the improvements impacted your department?

The work that Johnson Controls provided through this energy efficiency project has resulted in significant improvements for our Facilities Department and therefore the entire college. Given the economic downturn for the past few years we would not have been in a position to replace outdated capital equipment at our campuses, much less receive the financial and environmental benefit of doing so. Through this project we have replaced outdated boilers and chillers, cooling towers, air handling units, added a power management system to approximately 4,000 computers across our campuses, added water conservation measures in our restrooms, rain water harvesting, rain garden, solar panels, and even replaced a few roofs as well –though not as many as we would have liked! Given this wide scope, these projects would not have been accomplished without this performance contract containing energy conservation measures. We appreciate the support and vision of our President and Board of Regents who recognized the need to upgrade the facility infrastructure while taking a significant step forward with improving TCC's energy efficiency.


Several projects included many energy savings methods including lighting retrofits and installation of efficient chillers and boilers –– what percentage change overall did you experience in energy usage from the various projects?

With the project now complete we are just now beginning the measurement and verification stage, but we are projecting a 14% cost savings overall for year one.


Describe the behavior changes both students and facility made to supplement savings.

Good question, because being energy efficient isn't just something that happens to a campus through equipment replacement – though that certainly was a component for us, but it is also a mentality. Overall the faculty and staff were supportive of the change we were making to their environments because they recognized this was an important improvement to make. One of the changes we immediately observed is that we began receiving suggestions on other potential sustainable measures we should look into, as individuals began to think in terms of "being green" and how they can impact their own environments.


What was the greatest challenge you faced while the projects were underway?

With a project and scope of this size covering four different campuses immediately there are numerous logistical concerns that jump out, such as planning, phasing in the projects, ensuring minimal disruption to the learning environment, and communications with the faculty and staff on how their area may be impacted by the various improvements during implementation.
As a department I believe the greatest challenge we faced was having our Facility Managers, electrician, engineering staff, carpenter/painter and landscapers continue with the normal day to day responsibilities – completing work orders, performing preventative maintenance activities – while also serving as project managers, construction supervisors, and campus liaisons on these projects for almost a two year period. During this time virtually every area and aspect of the campus was touched and affected. It speaks volumes to the commitment and skill level of our entire team that the projects were implemented as smoothly as they were, given the scope of work. There were of course bumps and hiccups and problems along the way, but the Facilities staff on the campuses did a remarkable job in juggling these energy efficient improvement projects while also continuing to meet their daily responsibilities –which is not easy under normal circumstances! Without their efforts we would not have been nearly as successful.


Now that these projects are complete, please describe the next projects you plan to address?

While this did serve to help stem the tide on many capital improvements, the project itself was never intended to be all inclusive or remedy all outstanding issues in our buildings and power plants. Several projects on the horizon include replacing cooling towers, on-going roof replacements, as well as updating our building automation system, which is extensive.
Additionally a Green Committee comprised of faculty, staff, and administration from the four campuses meets regularly to discuss additional sustainable opportunities that exist for TCC to pursue, and through various forms of media and publications – including Maintenance Solutions– we try and stay aware of the various trends, processes, and products that are coming to the market and being implemented in other areas.