At the end of the 2015, President Obama signed the extension of Section 179D, the Energy Efficient Commercial Building Deduction. 179D was extended for two years, one year retroactive (2015) and one year forward (2016). Section 179D tax incentives of up to $1.80 per square foot are available for qualifying lighting, HVAC, and building envelope projects.

Both existing buildings and new buildings are eligible for the tax incentive. Although virtually all building categories are tax-incentive-eligible, the benefits are particularly favorable for warehouses and manufacturing buildings. To qualify, a building, post-project, must reduce its energy costs as compared to a specific version of the ASHRAE 90.1 energy code standard.

Section 179D is a very favored tax incentive being that commercial property owners can go back retroactively and recoup any missed tax incentives and report them on their next filed tax return.  This special privilege was provided by IRS in Notice 2011-14.

Property owners who completed lighting, HVAC, or building envelope projects in 2015 should act quickly to get them processed and included in their 2015 tax filings.

For the years 2006 through 2014, building owners with past lighting, HVAC and building envelope projects should consider a retroactive catch up filing for inclusion in their 2015 tax return.

For the year 2016, building owners with lighting, HVAC, and building envelope projects should ask their equipment specifiers whether the project meets the required energy savings as compared to ASHRAE 90.1-2007. The new lighting wattage reduction requirements for the tax incentive are reflected in the table below.

With this two year extension of Section 179D, energy efficient tax incentives have now been available for 11 years. Most existing buildings that are 11 years or older have had some type of upgrade that likely qualifies for tax incentives. 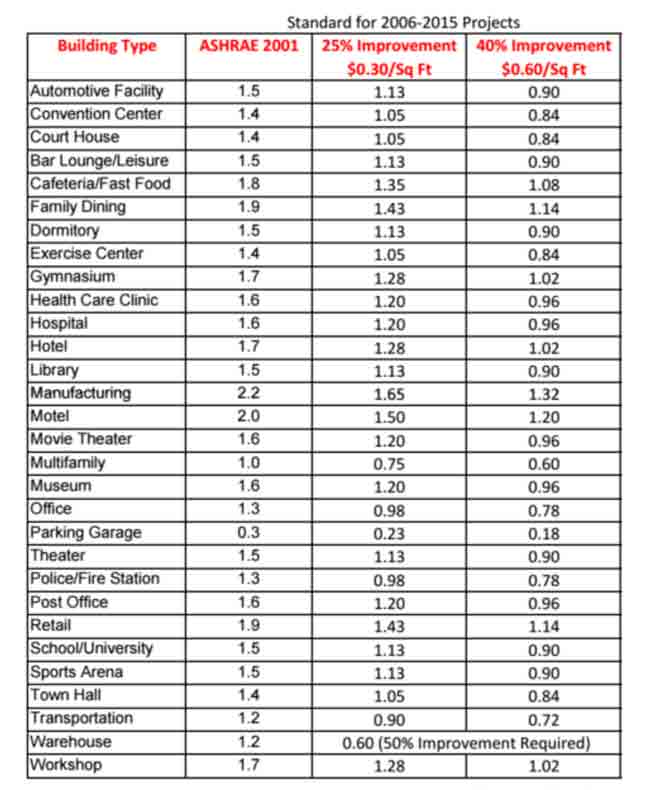 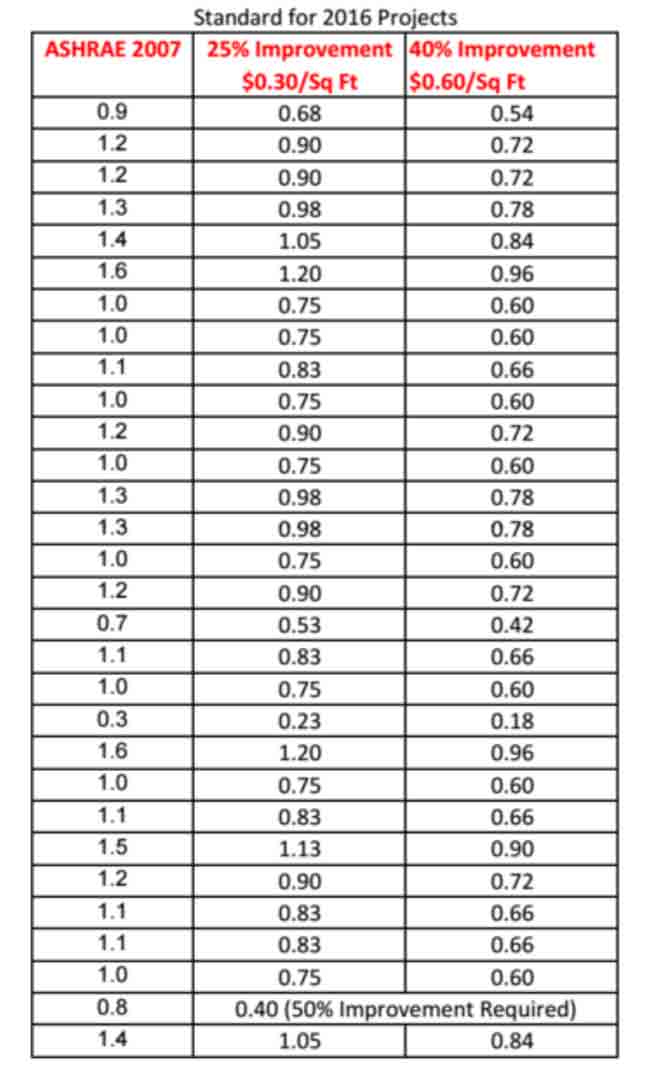