By Desiree J. Hanford
Energy Efficiency
OTHER PARTS OF THIS ARTICLEPt. 1: Energy Upgrades Begin with Careful Planning, Knowledge of Equipment and Building DesignPt. 2: This PagePt. 3: Communication Is Key in Energy Upgrade

After a facility manager has the building and equipment information, a decision can be made about what is needed for an energy upgrade project. Once the work is completed, measurement and verification should begin immediately, experts say. In fact, the measurement and verification process should begin as upgrade work is being completed, says Corey Zarecki, director of Envision engineering and operations at Gundersen Health System. If new equipment isn’t meeting goals and expectations, work should be halted, and the equipment removed and promptly replaced, he says.

The General Services Administration is beginning to build a measurement and verification period into its base contracts. That approach has been piloted by the Northwest/Arctic region. The idea is to structure the contract to retain a small percentage of the payment pending completion of measurement and verification. If the upgrade meets the targets, the contractor will be paid the balance of the amount owed, says Laura Stagner, assistant commissioner in the Office of Project Delivery at the General Services Administration. “We want solid evidence.”

It’s essential that all parties agree on how results will be measured.

“I will listen to my service providers but at the end of the day, they need to meet my needs,” says John D’Angelo Jr., vice president for facilities management at Northwestern University. “If the service provider isn’t meeting your needs, you can always walk away.”

Metering plays a central role in measurement and verification. Paul Torcellini, principal engineer with the National Renewable Energy Laboratory, equates metering to finance, noting that people who deposit money into an account want to know where the money is going when it leaves the account. That can be accomplished by keeping track of the money over time and gaining perspective on where it’s being spent. The same can be said for metering, which allows a facility manager to see how energy is being used.

By submetering the lighting system, for example, a facility manager can see that the lighting load is higher than expected at night, when occupants are gone. The facility manager may then discover the reason for the higher lighting load is because the custodial staff is turning on all the lights upon arrival and then turning them off as each area is cleaned. “But if you’re not collecting the data, you don’t know this,” Torcellini says.

Metering can help a facility manager identify where a tenant might be using too much energy and where changes can be made, Lerner’s Borchardt says. That’s the case no matter who is paying the energy bill, including the tenant.

Submeters can also give a facility manager an immediate heads-up on energy performance, not one that comes 60 days later when the bill is due, Northwestern’s D’Angelo says, adding that meters and submeters are among many different data points that can be used for monitoring the performance of a building’s systems.

The value of metering doesn’t stop once the savings from the project have been verified. “Then you use the meters for ongoing continuous commissioning,” Kimco’s Mitten adds.

The challenge with submetering is that it’s expensive and there hasn’t been much incentive to do it, says DOE’s Hartke. There are some pockets of the country where submetering is used extensively and done well, but there is much work to be done in other areas, he says. “(Submetering) is definitely an area where we need to accelerate action,” Hartke says. 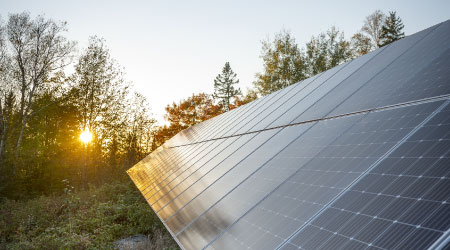