When most existing buildings were built, energy efficiency was not a major concern. Nor have many commercial and institutional buildings undergone a comprehensive quality assurance program for their building systems. Even if the building automation system, for example, was correctly installed and commissioned when the building was new 20 years ago, it may not be programmed properly for today’s operations. Adding to the complexity, building documentation often is incomplete, with components and equipment missing or incorrectly installed.

The result is a building using more energy to accomplish less. Even if it was fully commissioned when built, the building may not be operating at peak efficiency today. A comprehensive testing of building systems with the goal of improving quality — retrocommissioning — allows building deficiencies to be identified and corrected for optimum energy use.

Retrocommissioning is a systematic process to improve an existing building’s performance. Using a whole-building systems approach, retrocommissioning seeks to identify operational improvements that will increase occupant comfort and save energy. The process can be performed alone or with a retrofit project. Typical energy savings are between 5 percent and 20 percent, according to Portland Energy Conservation Inc. (PECI), often with paybacks of less than one year.

Retrocommissioning consists of four phases. In the planning phase, the building systems to be analyzed are identified. The next phase determines how those systems are supposed to operate, and a prioritized list of operating deficiencies is prepared. During the implementation phase, the highest priority deficiencies are corrected and proper operation is verified. In the hand-off phase, improvements are reported and facilities executives are shown how to sustain proper operation.

Facilities executives are sometimes skeptical about the bottom-line benefits of retrocommissioning. But, according to a 2005 study called “The Cost-Effectiveness of Commissioning New and Existing Commercial Buildings: Lessons from 224 Buildings,” by Lawrence Berkeley National Laboratory, PECI and the Energy Systems Laboratory at Texas A&M University, median payback for retrocommissioning was 8.5 months.

Many factors can contribute to building systems going out of sync. Tudi Haasl, associate director of PECI, says some elements in building automation systems are just vulnerable to changes or being circumvented. “Someone wants a change because work hours are changing or they have an after-hours event. And maybe those controls don’t get changed back.

“Also, some things may go out of calibration,” Haasl says. When that happens, the control measures get further and further away from design intent. “Retrocommissioning helps bring the building back to its design intent,” she says.

Almost any building can benefit from retrocommissioning, says Haasl. “Some of our best candidates are only two to three years old,” she says.

Many times the items that need to be addressed do not require large capital outlays. Nor do they necessarily result in occupant discomfort, so the building owner often is not aware that excessive energy is being used.

Part of retrocommissioning is considering building envelope elements, says Haasl. The building envelope has openings to the outside. If these openings are not sealed tightly, the fan system will have to work much harder when it tries to pressurize the building, causing energy waste. “We’ve found buildings where there are so many openings in the envelope that, even with the supply fans running full force and the exhaust fans turned off, it’s not possible to pressurize the building,” says Haasl. That lack of pressurization means too much cold air is entering in the winter and hot air is penetrating in the summer, taxing the HVAC system.

According to “A Practical Guide for Commissioning Existing Buildings,” by Haasl and Terry Sharp of Oak Ridge National Laboratory, other items often targeted for retrocommissioning include:

“Each of these problems can have a sizable effect on the economics of owning and operating a building,” says the report, prepared for the Office of Building Technology, State and Community Programs, U.S. Department of Energy. “Not only can energy costs become excessive, but also capital dollars invested may cease to provide a return.”

Success in retrocommissioning is fairly easy to document, according to Haasl. “We start with a ‘before’ baseline and utility analysis as well as an energy-use benchmark. Then we look at before and after for each measure. The facilities executive can look at the utility bills and see the effect retrocommissioning has.”

The benchmark used to compare building energy consumption is expressed in energy use per square foot of floor area. Typically, this is reported either as Btus per square foot or kilowatt-hours per square foot. With these measurements, different size buildings with similar uses can be compared. In addition, comparing the building with others in the same region helps take into account variations in climate and available fuels.

Although there are several sources for obtaining energy-use indexes, perhaps the most popular is the Energy Star Label for Building’s bench marking tool, which compares a building’s energy efficiency to comparable buildings. The tool uses a scale of 1 to 100, with higher scores indicating more efficient operation.

The Energy Star bench marking tool was used in the Business Council of Fairfield County, Conn., retrocommissioning study conducted by PECI 18 months ago. “We bench marked 10 million square feet of Class A office space,” says Joseph McGee, vice president of public policy for the Business Council. “Then, out of 12 buildings, we chose five, totaling about 2 million square feet, that scored 50 percent or less for our pilot retrocommissioning project.”

The project looked only at electricity savings. Even so, the five buildings saved an average of 8.5 percent in electricity costs, ranging from a low of 3 percent to a high of 20 percent, after retrocommissioning, says McGee. “Two of the buildings had just gone through major rehabilitation. But even though they had sophisticated building automation control systems, very often those controls were not operating at optimum levels.”

The buildings ranged from 4 years old to 20 years old. Though each building had its own energy-saving opportunities, common issues were setpoints and operating orders for HVAC, air intake, air exchange and variable air volume boxes. Payback periods for improvements averaged 6 months.
“That was a shocker,” says McGee. “It turned out that a lot of what was needed was management-oriented.”

Some retrocommissioning solutions were as simple as adding meters to measure operations. Lighting levels were issues for a couple of buildings. Also, some setpoints were too close together so that the building was heating and cooling at the same time.

Equipped with detailed engineering reports, the buildings are implementing the recommendations and building owners are pleased with the results. “Retrocommissioning is an in-depth look at the total building and its systems,” says McGee. “The old energy audits never had this detail.”

The savings on the Connecticut project matches what Haasl has seen elsewhere. “On the retrocommissioning projects we’ve been involved with, 8 to 10 percent is pretty good savings. Sometimes we find 20 to 25 percent, particularly if a building is simultaneously heating and cooling. Fixing that problem can be a big saver, but it is often hidden, because occupants are not complaining.” 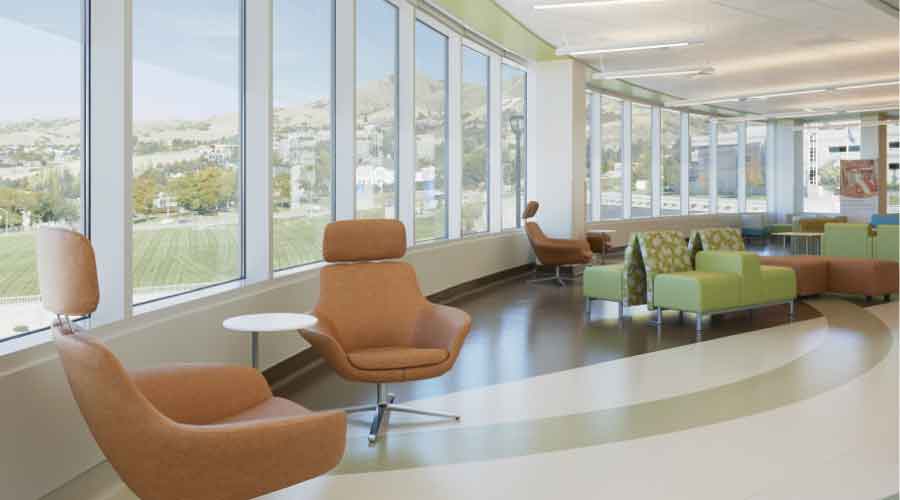 Beyond Efficiency: Understanding the Occupant-Focused Benefits of Daylighting