By Jerry Schmits
Energy Efficiency
OTHER PARTS OF THIS ARTICLEPt. 1: This PagePt. 2: Key Findings from Retrocommissioning a High-Performance Building

LEED certification and Energy Star benchmarking continue to grow in popularity for existing buildings as pressures mount to control operating expenses. As a result, energy efficiency is now mainstream, and managing a building’s energy performance is standard procedure among an ever-growing number of facility managers.

Energy Manager Patrick Johanning is one of them. Johanning works for an international commercial real-estate services corporation, where he manages energy cost and consumption for a Fortune 500 financial services company. Acting on a hunch that he could improve energy efficiency and reduce operating costs among his top-performing facilities, Johanning looked into retro-commissioning (RCx). The result was an RCx project in Springfield, Ill. — performed on a building that was LEED Gold certified with an 89 Energy Star score — which managed to produce a 10.4 percent energy savings on its HVAC system.

Multiple options existed for reducing the energy-related expenses, including energy audits and re-lamp projects. But while the benefits of these activities are well documented, the state of efficiency that existed between the facility’s mechanical and operating systems, and the control systems that function on the front-end, was not documented. While the RCx process is intended to restore a building’s equipment and mechanical systems back to their original operational design, functional performance testing can also improve energy efficiency. In short, if Johanning could show favorable RCx results in a high-performing building, he could find support for an RCx program across the entire commercial office portfolio. The first challenge was to both prove his hypothesis and get the project funded.

The funding arrived in the form of an RCx study rebate provided by City Water Light and Power (CWLP), the power utility company serving the building’s area. Johanning then hired Kohrs Lonnemann Heil Engineers (KLH), an engineering firm with experience in energy solutions and the RCx process, to help restore the building's systems back to their optimal operational state while focusing on potential energy saving opportunities. The following details how KLH worked with Johanning to reach RCx success.
Beyond the low-hanging fruit

A review of the current facility requirements confirmed that there had been no material changes in the building zoning or use of the facility from its original design and construction.  Based on this information, the scope of the project was designed to focus on domestic hot water, snow melt, lighting, and HVAC. There were no blatant, major equipment or operational issues; preventative maintenance practices were in place; and the building was in exceptional physical condition. However facility staff interviews uncovered some issues related to fluctuations in the building pressure.

Functional performance testing of the HVAC system and testing of the BAS revealed discrepancies in the airflow throughout several of the VAV boxes. In addition, data from the BAS showed a steady increase throughout the day in the building pressure, and that the exhaust fans were not properly maintaining appropriate pressure levels. But despite these pressure levels, carbon dioxide levels only reached 75 percent of the maximum acceptable levels for indoor air quality—well within the ASHRAE minimum standards. The absence of obvious energy conservation measures—the low-hanging fruit—meant that the success of the RCx project would be an even greater challenge. 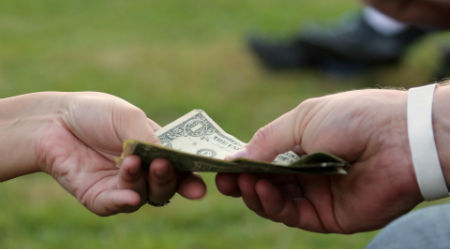