From powerful direct digital controls and sophisticated protocols that enable systems from different manufacturers to communicate and interoperate, to increasingly intelligent gateways, the software and hardware that allow facility executives to integrate building systems qualify as high-tech by any measure. But it can be distinctly low-tech matters that determine whether the technology is a success or a failure, as facility executives who have integrated systems have learned.

Technology remains the starting point for any analysis of systems integration. And when it comes to the systems available today, the news is good, say facility executives. One of the most noticeable improvements is user-friendliness. That’s especially true for those who cut their teeth on an earlier generation of technology. When Renee Schmid, a property manager with Cottonwood Management Services in Salt Lake City, went looking at integration options, ease of use was at the top of her priority list. One system she used in the past didn’t meet that criteria. “You had to be more like a programmer,” she says.

But technology isn’t the whole story. An effective integration strategy is based on the needs and constraints of the facility. “The latest and greatest is not always the best,” says Kirsten Nielsen, property manager for Atlanta-based Holder Properties. “It’s more important to get the right system for the application.”

It’s a common refrain among facility executives: Don’t get caught up with the bells and whistles.

“Our company’s motto is, ‘Is it nice, or is it necessary?’” says A. W. Brooks, senior property manager, Reliance Management in Phoenix. “If it’s nice, we tend not to do it. But if it’s necessary, we always do it.”

One reason integration choices can be difficult is that there are always other priorities with a claim to available funding. The San Bernardino Community College District is hoping that an upcoming referendum on a bond issue will provide $80 million for campus projects. Integration of systems is only one item on a lengthy list. Bells and whistles aren’t important, says Bill Orr, director of facilities and planning. “If we pass the bond, it will be one-time money. I need longevity and I need reliability.”

Not Open and Shut

Many older integrated systems are proprietary, and facility executives who want to upgrade them have to choose whether to stay with the existing vendor. If the facility executive has been dissatisfied with the cost of upgrades or the quality of service, an open system can offer freedom from dependence on a single manufacturer.

But for some facilities, the door to open systems is all but closed. Steve Rosati, manager of facility systems at St. Luke’s Hospital in Bethlehem, Pa., discovered that when he looked at options for replacing an existing proprietary system. The problem was that the institution had $5 or $6 million invested in field devices from the proprietary vendor. “I had nobody else that could seamlessly interface with the bus that runs all of our equipment,” Rosati says. “With the importance of these systems, I just didn’t feel the reliability was there.”

Rosati ran into one of the complications of open systems: the complexity of integrating components and systems from a variety of manufacturers. A completely proprietary system more often has a track record of pieces of the system working together, plus a single source of responsibility.

At St. Luke’s, seamless integration topped the priority list, but Rosati had other reasons for staying with the proprietary vendor. For one thing, it was less expensive to use that vendor to upgrade controls on field devices. What’s more, his staff was comfortable with the vendor and its systems. Still, he was in a position where moving to a new system was simply too costly.

When a property is a candidate for integration, one of the first things that Jim D’Orazio, senior vice president for the facility resources group at Grubb & Ellis, looks at is proprietary platforms in place. His question: Is it better to put in a new system rather than trying to integrate around the existing system? In part, the answer depends on the goal of integration. Is it simply to exchange information? Or is it control? If it’s the latter, the property can make a substantial investment developing interfaces for the proprietary system and wind up with an integrated system that has little flexibility for growth or questionable reliability. “You do the cost-benefit analysis,” says D’Orazio, “but you do it on a strategic level.”

Cost can be an obstacle to integration. Many equipment and controls vendors still limit information that is open to other systems. “They’ll sell you a software key that will communicate with other systems for a price — usually a very expensive price,” says Lawrence Colbert, chief engineer for Jones Lang LaSalle.

Regardless of whether a system is open or proprietary, it’s vital for facility executives to make sure key points are properly dealt with when the system is being specified and contracts are being drawn up. For example, if a vendor says its products comply with a certain protocol, it’s important to make sure that’s true for the specific product being purchased; not all of the models in the product line may be compatible. “If you’re going with an open system, you have to be precise in your specifications,” says Colbert.

On a proprietary system, he says, the facility executive might want to address the issue of service quality, for example, by negotiating service times into the contract, perhaps with financial incentives.

A roll-up-the-sleeves approach, a willingness to dig into the nitty-gritty details of system specification, can help deliver integration on a budget. At Holder Properties, for example, Jeff Smith, senior director of engineering, and Nielsen pooled their areas of expertise — he has a strong background in controls, she is an industrial engineer — together with the firm’s information technology department to customize an application of a supervisory control and data acquisition, or SCADA, system. The result is that the SCADA system is tied into a proprietary energy management system, enabling Holder to use the SCADA system to serve as the core of an integrated system for monitoring fire safety and access control as well as the energy management system.

“We had a challenge: Here’s the application, here’s the product, how can we make it work for us?” says Smith. “We did something inexpensive, and it worked well. It’s not the best and the fastest, but it’s been reliable.”

Student of technology, hard-headed negotiator, the facility executive needs at least one more hat to take advantage of an integrated system, that of the human resources professional.

Topping most lists of HR requirements is training. “All the technology in the world doesn’t do any good without people who know how to use it,” says Jim Cooke, national facility operations director for Toyota Motors Sales USA. Cooke says integrating systems without training staff is a big risk. “You can do as much harm as good.”

Training may not be an easy sell, facility executives have found. Rosati wanted to train his operating staff at the same time St. Luke’s was installing its integrated system. “Getting the institution to spend the money on training was probably the hardest part of the process,” he says.

A key to success in any technology initiative is getting people comfortable with a new system, says Steven Paulson, vice president of national operations, Grubb & Ellis. “People have to see that there’s value in the product, or they aren’t going to use it.”

An integrated system can exert a great influence on the staff in everything from responsibilities to effectiveness to the skills that will be required and the opportunities that will be available.

An integrated system that links HVAC units on the main campus of South Mississippi State Hospital will make it easier for Robert Blevins, the institution’s director of engineering, to manage his staff when a new crisis center 50 miles to the north is completed and tied into the system. “It’ll save having to put a person on the road for an hour trip each way if there’s a problem,” says Blevins. “It will give me the flexibility to manage my staff and my equipment.”

Toyota recently opened a central energy monitoring facility in Detroit. From there, Cooke says, his staff can watch for “blips on the screen” — unusual energy use patterns coming from individual facilities. Staff at the central monitoring facility may spot increases in energy use missed by local staff, who may overlook increases in energy consumption amid the crunch of day-to-day responsibilities.

In the end, two key skills needed for successful systems integration belong to the facility executive: patience and persistence. Major projects rarely come together easily or quickly, and in a time of tight budgets it’s often necessary to tackle integration in pieces. That’s what Miller has been doing since he arrived at the Cal State — Northridge Student Union seven years ago to find a powerful but underutilized energy management system. “We’re only in phase three,” he says. “We still have a ton of stuff that we can add to the system.” 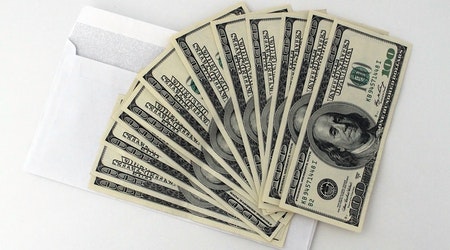