By Lindsay Audin
Energy Efficiency
OTHER PARTS OF THIS ARTICLEPt. 1: This PagePt. 2: How Will Electric Utilities Respond To New Rules On Carbon Emissions?Pt. 3: Electricity-Price Impact Of New Carbon Emission Rules Will VaryPt. 4: Look Closely: Will New Regulations Will Affect Your Electric Power Pricing?Pt. 5: How To Soften Electric Rate Increases From New Rules On Coal Plant Emissions

Recent federal court decisions and new regulations at both federal and state levels are combining to accelerate the phase-out or temporary shutdown of many coal-fired power plants. While no lights will flicker, some facility electric bills may get bigger.

Customers most at risk are those that get their power from utilities heavily dependent on coal-fired power plants, especially older units. Price hikes may come in spurts over the next several years. But don't panic: Some claims of large increases apply to wholesale energy pricing, which may be only half (or less) of a total electric bill. To avoid being blindsided, however, facility managers in vulnerable locations need to consider ways to mitigate the potential financial impacts.

For almost a century, coal has been a primary fuel used in U.S. power generation. Over 40 percent of today's kilowatt-hours (kWh) come from burning coal (down from 48 percent prior to the recession). The rest is powered from a mix of natural gas, nuclear, hydro, and various renewable sources, with only about 1 percent coming from oil.

In December 2012, the U.S. had about 1,300 coal-fired generators at about 600 power plants, many of them more than 40 years old, supplying about 330,000 MW of power. Emissions from such plants have been linked to acid rain, smog, and various ailments related to smokestack effluents. Several federal administrations have sought to reduce such emissions. Some states (e.g., Maryland) have also been pursuing their own emission reduction regulations.

To respond to those problems, the U.S. Environmental Protection Agency (EPA) has been promulgating regulations that impact coal-fired plants and, to a lesser degree, those that burn natural gas and oil. They include:

The first two types of regulations have already withstood court challenges. Carbon-focused regulations that may affect existing plants were announced June 2, 2014. They too may be challenged, but prior court rulings indicate they are likely to be upheld. Under those rules, states are to reduce carbon output from their power plants by 30 percent by 2030, with interim reductions, relative to their 2005 level. States (either individually or as part of a region) may press to modify or shut down their least efficient generators, increase use of renewable power sources, and improve efficiency of power use at customer sites.

The mercury regulations go into effect in mid 2015. Ninety percent of coal-fired plants affected by those rules (totaling about 60,000 MW) are scheduled to be retired by 2016. While the schedule for rules on wind-borne pollution has not yet been announced, such regulation is likely to start before the next presidential election. Many of the same plants are affected, so it is unclear at this time how many more coal-fired plants will be shut down as a result of that regulation (called CSAPR).

Unless delayed, guidelines for the carbon regulations affecting existing plants are slated to be finalized by June 2015, with filing of state implementation plans by June 2016. Carbon rules for new coal-fired plants have already been announced and are on a parallel schedule. Because utilities must plan across a five-year (or longer) time horizon, however, they are taking action now to be in compliance before the various rules take effect.

With regard to cutting carbon emissions from existing power plants, EPA will allow states to come up with plans to reduce their overall carbon outputs rather than meet plant-specific emission levels. That effort may include a variety of actions, including requirements that some coal-fired plants retire or be retrofitted. If states fail to file such plans, however, EPA has the right to create and enforce plans for them. 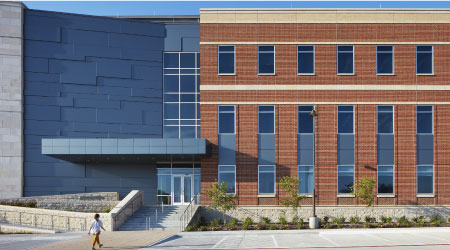