Options for Occupant Communications Improve, But Message Clarity is Critical

By Casey Laughman, Managing Editor   Emergency Preparedness
OTHER PARTS OF THIS ARTICLEPt. 1: This Page

The options for directly communicating with building occupants and first responders during a crisis are constantly improving. Whether it’s voice messages, text messages, or email, detailed messages can be sent quickly and repeatedly to help ensure that everyone is aware of what is happening and what they should do.

But, one key to making sure those messages are helpful is understanding that information is only helpful if it can be clearly understood. While security and facilities departments may have their own language that makes perfect sense to them, it may not be clear to recipients of the messages. That’s why it’s important to use plain English and be as specific as possible about what is going on in a crisis.

Consider the term “active shooter.” In some cases, it’s an accurate description of what is happening in a facility. But, in other cases, it may be used as almost shorthand for an act of violence in a facility, and the response may be different based on what is actually happening. If it is literally someone with a gun, that’s one response; but, the response is different if it’s someone with a knife or even someone with some sort of explosive device. So, while “active shooter” may mean a specific response protocol, informing occupants of what exactly is happening and what they should do requires more information, says Sean Ahrens, global practice leader for security, Aon Global Risk Consulting.

“The key issue is when we think about all hazards, and crisis planning, we have made a couple errors in the past,” Ahrens says. “One is everything is an evacuation. Or, we all shelter in place. And there are dynamic incidents such as workplace violence, which create potential where you might have to shelter in place AND evacuate in some instances.”

So to successfully manage communications in a crisis, keep in mind that you need to be able to tell people exactly what to do and exactly how to do it. For example, by clearly stating “people in this area of the facility evacuate, while people in this area shelter in place,” you cut down on the risk of people being unfamiliar with how to respond to a term such as “Code Blue for the west wing.”

“Some organizations have 8-9 codes,” says Ahrens. “You actually have to carry a little card with you so you know ‘oh, that’s a Code Black, that’s a Code Green,’ to know what your response is.”

The terminology of crisis communication is important, but so is keeping in mind that the first communication is often not from whatever communication system you have in place. If someone comes through the front door with a weapon, the first contact they make will often be with a receptionist or a security guard, so be sure to include the front-line people in your communications planning. It may be as simple as a panic button, but giving those people the tools to respond can make a difference in peacefully resolving a situation.

Ahrens gives an example of this from a training simulation he conducted. In the scenario, he was playing someone who came to the facility angry because he was owed money by a building occupant. The security guard attempted to de-escalate the situation, but ultimately, frustrated at the guard’s attempts to keep him from gaining access to the person who owed him money, Ahrens pulled out a (fake) gun, which, of course, led to an escalation of the situation.

In the briefing afterwards, Ahrens asked the security guard a simple question: “Why didn’t you just pay him?”

The response? “Well, I didn’t know I could do that.”

While not every situation will be that clear-cut, providing the people who may be making first contact in these types of situations can be helpful in letting them determine the best way to prevent a situation from turning violent. So, when you’re running tabletops or other training scenarios, include these people and keep in mind that mistakes in training are a learning tool, not a problem.

“It’s like riding a bike,” Ahrens says. “If it happens to them once, they may not know what to do. They may make the wrong decision. If they go through this in a tabletop or a live action exercise, they’re now conditioned.

They’ve actually gone through it one time. We can make all the mistakes in these types of training scenarios.” 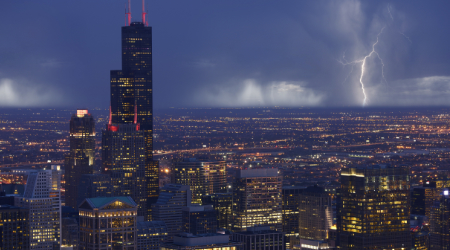