Knowing everything about your building and not panicking under the stress of an emergency proved to be critical one day in 2002 at a six-story former washing machine manufacturing plant turned multi-tenant office space in the greater Philadelphia area. A forklift driver for a pharmaceutical tenant decided to jack his lift significantly higher than any of the storage racks in his space and subsequently pierced the eight-inch main for the sprinkler system. In the quarter hour between the incident and when the water was shut off, the basement of the facility had flooded to sloshing depth with glycol-laced water. The basement was also where a world-renowned museum had leased storage space.

"So I called the museum, and it is a hard call to make," says Reta Berman, then a property manager with Equivest, now retired. "'Hi. Good morning. Let me ruin your day. Your artifacts have all been flooded.'"

While building staff was scrambling to secure what artifacts they could, Berman discovered the building had no drains in the basement. There was no plan in place for this specific scenario, but decades in the field helped Berman keep a cool head and stabilize the situation quickly. "It's ironic — today they want you to know everything but be 30," she says. "And it doesn't work that way."

With all the contacts in her phone, she immediately had all utility feeds shut off and called the fire department and the utility companies. She called her HVAC company and told them to bring dryers and a generator. She called the elevator company and an electrician, and immediately set up a fire watch. She contacted an environmental restoration company.

It took almost six weeks to get everything back in order. The concrete was raw, so it took a while to dry out. The museum lost a few items, but was pleased enough with how the situation was handled that they remained as tenants. Drains were installed.

Berman says the main thing is how you go about responding. Above all, do not panic. You can't, she says, because if you do, everybody else will.

"You know it's bad. Anybody would know that that was a bad situation, but you don't go around to your tenants saying, 'Oh my god, this is disastrous!' You say, 'We're doing this and this. This is what happened. This is what we're doing right now.'" 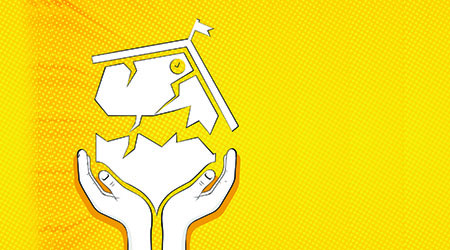