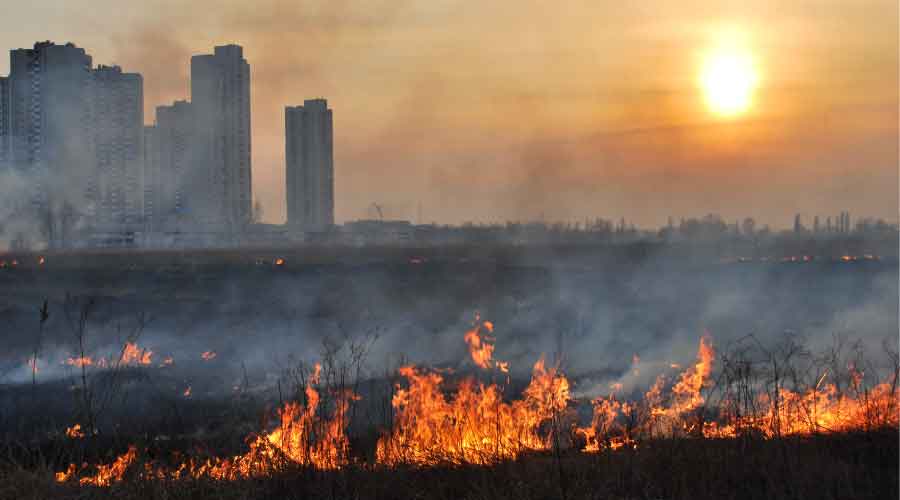 Creating a disaster plan is a crucial step both for preparing for an emergency, and also for business continuity following the wildfire.
By Andy Simmons, contributing writer   Emergency Preparedness

The record heat in 2021 was damaging, particularly in the West and Pacific Northwest. As droughts became more frequent, it increased the likelihood and severity of wildfires – putting property at risk of extensive damage. While it was clear wildfires could cause significant losses, the wildfire season seemed to be getting longer. In fact, in December 2021, the Marshall fire in Colorado damaged or destroyed over 1,000 buildings and structures, and officials estimated home damages from the Marshall Fire to be between $819 million and $1.6 billion, according to KDVR-TV in Denver, Colorado. This increase in drought severity, coupled with what appears to be a longer wildfire season, is worrisome as commercial property owners navigate 2022. To prepare for the potential hazards that may arise in the coming months, there are measures property owners can take today to help protect their assets.

Wildfires Through the Years

However, the question that seems to be on everyone’s mind is what’s causing the increase in wildfire incidents. One factor is drought. In fact, the National Integrated Drought Information System says drought levels in the western United States, paired with heat waves during the summer months, brought the threat of wildfires a month earlier than expected. In addition, with severe drought levels, it creates an environment that can easily ignite and burn. Dry landscapes and climates fuel wildfires and help them spread and burn.

Over the past two decades, drought conditions in the western United States have gradually gotten more severe, especially when considering that only 2 percent of the region was in extreme or exceptional drought before the 2020 wildfire season, according to the U.S. Drought Monitor. This inevitably caused concern for 2021 as the lack of rain coupled with a dry spring, dry summer, and dry fall meant wildfires were a constant hazard with an extended fire season. Rain could also turn wildfire burn scars into mudslides, putting property at risk.

However, it is important to note that drought levels may not have been high in years where there was a large amount of property damage from wildfires. For example, 2017 had the most property damage and losses, but drought that year wasn’t too severe. This can be because of the location of wildfires, how close it is to a populated area, wind conditions and whether the wildfire was due to human cause or lightning. Lightning sparked wildfires are usually more devastating than fires caused by humans.

Are Wildfires Affected by Climate Change?

Climate change acts as an accelerant to wildfires. The U.S. Drought Monitor states that the last 12 months contributed to the fast intensification of the drought. As the west dealt with heat waves, the typical rain season that would cool off the region didn’t bring enough rainfall. Growing evidence from researchers and experts also shows climate change is increasing weather volatility, making storms and natural disasters more frequent and severe. While wet seasons can help plants and vegetation grow, landscapes can quickly dry out and increase the risk of a wildfire if there’s a severe drought.

Having a disaster plan is essential in protecting property from wildfires and potential damage. The written plan should tell employees and even customers what to expect. If a property owner doesn’t have a disaster plan, it’s not too late to create one.

Here are some key things you may want to include:

If a company must close and evacuate employees because of a wildfire, having a disaster plan can help with business continuity. It is important to keep critical documents stored in a safe that is fire resistant or keep it located off premises. Equally important is to be sure to backup digital copies of company data.

In addition, if a business is in an area prone to wildfires, it is critical to include information on wildfire preparedness in the disaster plan. Property owners can also make building improvements to add more protection from fire damage such as installing smoke detectors and automatic fire sprinklers in every building and connecting a fire alarm to a central station or local fire department. For additional protections, property owners should consider using window drapes with fire-retardant chemicals, putting mesh covers over exterior vents, around decks or attic openings to prevent outdoor embers from going inside the building, and ensuring emergency vehicle access to your business’ property.

Andy Simmons is Head of Large Property at The Hartford. He has more than 25 years of experience in the insurance industry and specializes in offering customized programs for risks in the Large Property market. 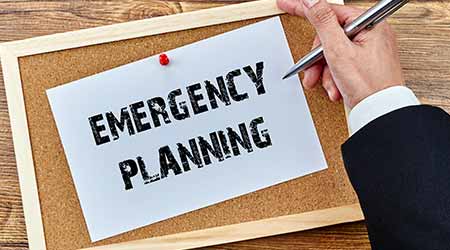 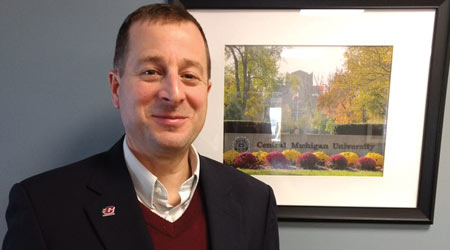