Though school buildings have the most pressing need — a 2002 study by the Association of School Business Officials pegged the nation’s deferred maintenance backlog in schools at $226 billion — educational facilities became the biggest loser in the final version of the bill.

Gone from the final bill is $14 billion to modernize and green educational facilities — money that became a casualty of the compromise required to gain votes from three Republican senators. “There was a very big fight over it,” says Andrew L. Goldberg, senior director of federal relations for the American Institute of Architects. “It came down to the very last day of negotiations.”

The good news for facility executives is that there is a path to funding for modernizing school facilities. It will just be a difficult one to navigate.

The final version of the bill gave the Department of Education $53.6 billion for the states. Dubbed the “State Fiscal Stabilization Fund,” 81 percent of the money is intended to be used by states to restore aid to local school districts.

Another 18.2 percent can be used for public safety, general government and school modernization purposes, as decided by state governors. (See www.facilitiesnet.com/10709bom for the amount available by state.)

Compared to the original version, there are fewer strings. The original bill required school modernization to follow the LEED rating system in some cases. The new language says the money may be used for modernization consistent with a green building rating system, but doesn’t require it and doesn’t specify the type of system.

The problem is that, politically, it will be difficult to secure funding for facility projects when the money can be spent for other purposes — especially if school districts are being forced to lay off teachers to balance budgets.

“How likely is anyone to get school modernization dollars? It’s not a very high probability. Mostly it will be used to restore cuts to programs,” says Joel Packer, director of education policy and practice for the National Education Association.

Facility executives who want a crack at the money can take a few steps to improve their chances — they just need to realize the odds are long. “There is a political gamut people are going to have to run,” says Lander Medlin, executive vice president of APPA, the association providing leadership in educational facilities. “But we will get nothing if we don’t put anything forth. That much is clear.”

So facility executives should begin working on a plan. First, develop a solid understanding of the needs of the district, the project cost, and the payback, especially when energy efficiency projects are involved.

“Make it clear what the needs are. Demonstrate why you need the money and why state or local government can’t do it right now,” says Packer. “You need to make the case that you aren’t doing it just for the building’s sake, but that doing so will help student learning.”

Good facility executives should know some of that information already, says USGBC’s Limoges. “You can’t manage what you can’t measure. Self-assessment is absolutely critical. It allows you to spend the least where it will have the greatest impact first.”

Facility executives should also include information showing how projects will create jobs in their community, Packer says. “One of the reports every state has to file is how they spent the money and how many jobs are created,” he says.

Those who want the money should start making the case immediately, experts say, as many states are under pressure to spend the stimulus dollars quickly.

“The best thing you can do is give a tour of your buildings,” says Goldberg. “Bring in your mayor and have them tour your building. Some of them are in truly atrocious shape.”

Though schools ultimately lost out in aid, a little-known tax provision in the stimulus bill could prove to be a major boost to school districts looking to modernize their facilities.

The bill includes $11 billion in both 2009 and 2010 to provide what is called qualified school construction bonds. “This really went under the radar because the spending became such a political hot potato,” says Packer.

For school districts, the provisions amount to getting a zero interest mortgage. Districts that qualify issue bonds for either renovations or new construction projects. The federal government then picks up the interest on the bonds, leaving districts to pay only the principal.

The bill stipulates that 40 percent of the bonds will go to 100 school districts with the most children in poverty. Another 25 districts can be added to the list by the Department of Education. The rest can go to any district.

The challenge is twofold: First, districts still need to pay for the principal. Districts needing approval from taxpayers before issuing bonds could face difficulty getting authority while programs are being cut.

The second problem is that even if a district does get approval, credit markets have made it more difficult to get financing. Districts with poor credit ratings may not find any takers for the bonds.

“The sticky wicket in all of this is the credit market,” says Medlin. “I do think it’s a problem. I just don’t know what anyone is going to do about it.”

Nevertheless, interest-free financing could improve paybacks on projects. Facility executives looking for modernization dollars should consider starting with the bonds, Packer says. “You’re saving money because it is zero interest,” he says. “You still have to pay the principal and still have to sell the bonds. But it really is a significant subsidy.”

One route around the hurdles is to narrow the projects funded by the bonds to energy upgrades, says Charles Goulding, president of Energy Tax Savers, Inc. For example, a district could use the bonds to pay an ESCO to upgrade a building’s energy efficiency, and might be able to do so without taxpayer approval. 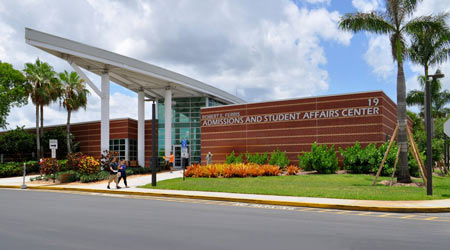