As the saying goes, you don't go into teaching to get rich. Similarly, if you manage facilities in a public school system, you're probably not expecting an annual budget that allows for marble hallways, top-of-the-line HVAC equipment or other luxuries.

But for facility managers hoping to reduce their facilities' energy use, one key to success is similar to that of the most successful teachers: creating a collaborative, collegial environment where no idea is dismissed out of hand.

After all, ideas are free. So for cash-strapped facility managers in public school districts, starting an energy management campaign with low- and no-cost strategies developed with input from a swath of district departments — from teachers to transportation — is the best way to have the most immediate impact on energy savings.

Take, for instance, the story of Gilbert Public Schools in Gilbert, Ariz., a 2010 FMXcellence honoree. In 2006, the district convened an Energy Management Task Force comprised of members of staff from operations and maintenance, technology services, and community education, plus local electric suppliers, and representatives from various community organizations. Due to a legislative change in how the State of Arizona allocates funds for public school utility costs, the school district was staring down a $2.6 million loss in revenue in the fiscal year beginning July 2009. So the task force had to be rather quick-witted regarding where to squeeze out energy.

"The biggest issue regarding our energy plan was that we had no money, so we were looking for free things to save energy," says Stan Peterson, director of operations for Gilbert Public Schools. "We had to find things that would have the least effect on our people, but save the most energy. We had to ask 'How could we have the biggest impact on energy use and not negatively affect our teachers and students?'"

Peterson says that part of the value of a cross-departmental team is that not only do ideas surface that may not otherwise have come to light, but also facility managers get a chance to understand how proposed changes affect the day-to-day environment in the facilities themselves. Gilbert Schools' team looked at just about every possible energy-using piece of equipment, and found a lot of ways to save energy — from setpoints to space heaters.

The 20 millon-square-foot, 173-school building Charlotte-Mecklenburg Schools also recently began a campaign to save energy that started with committee meetings. Energy management is the cornerstone of the district's Environmental Stewardship Program, the ultimate goal of which is an to get certified with the stringent ISO-14000 series of certification environmental management standards.

"It's all hands on deck when it comes to ideas for energy savings," says Guy Chamberlain, associate superintendent for auxiliary services at Charlotte-Mecklenburg Schools in Charlotte, N.C. "With environmental stewardship presented to our different business units as a priority, they could look at their own departments for ideas. Getting involved helps them understand where resources go. There was a lot of synergy in bringing them all together, and there were several 'A-ha' moments."

With an energy spend of 223.9 million kWh during the 2008-2009 fiscal year, Charlotte-Mecklenburg Schools, which educates more than 133,000 students, recognized not just an opportunity to save dramatically, but also to change its culture and educate its students about the importance of energy efficiency. "A big focus is on behavioral change," says Chamberlain. "We are now working with first graders on up to effect change throughout the entire school system." 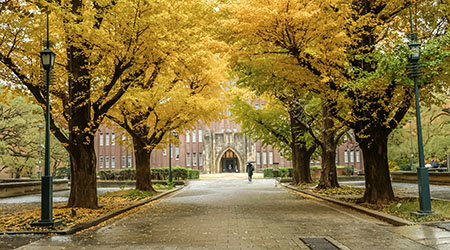