Garth Connor has seen it all on academic campuses when it comes to compliance with hazardous-waste disposal regulations. For example, during a recent inspection of the campus of George Washington University in Washington, D.C., Garth — after identifying himself as an inspector for the U.S. Environmental Protection Agency (EPA) — witnessed an art professor pour a regulated chemical down a sink drain.

The chemical used to develop film contained silver, a known bactericide, which is a regulated waste.

“I was really disappointed,” Connor says. “They just didn’t know the regulations, and in my opinion they should have.”

George Washington University is not alone in running afoul of the EPA, which is five years into its College and University Initiative, a combination of inspections and outreach education aimed at improving compliance with federal environmental laws. Yet schools still face fines for violating laws governing the management and disposal of chemical wastes generated in campus labs, as regulated by the Resource Conservation and Recovery Act (RCRA).

Colleges and universities most often fail to properly date and store chemical waste, a responsibility that sometimes falls on the shoulders of facility maintenance and engineering managers, who too often get involved in issues related to EPA regulations, whether or not they have proper training in the matter. The violations raise concerns about the length of time chemicals have been sitting, potentially eating away at containers or otherwise becoming a threat.

“I’ve seen waste that’s been sitting around for three, four years,” Connor says. “Some of these get explosive as they age. A kid — a college student — could get injured or even killed in that environment.” Among the common lab waste violations are failure to:

EPA inspectors have discovered these and other violations at numerous east-coast schools, where regional offices have embraced the College and University Initiative. The penalized institutions include high-profile organizations: Yale University, the Massachusetts Institute of Technology (MIT), and the University of Maryland Medical Center. In these cases, the universities mitigated EPA enforcement actions by correcting violations and improving or implementing environmental stewardship programs.

“When (RCRA regulations) are applied to the laboratory setting, they create a lot of confusion because the RCRA terminology and its interpretation are ambiguous when applied to small amounts of chemicals in a discontinuous process, such as laboratory work,” says Ralph Stuart, the environmental safety manager at the University of Vermont.

Colleges and universities also face a very different set of regulations when it comes to using chemicals within laboratories. Their use is regulated by the Occupational Safety Health Administration (OSHA), which recognizes that labs do not use chemicals the way manufacturing plants do.

OSHA requires academic laboratories to use a performance-based, internally developed management system for tracking specific chemicals used. In other words, the regulations focus on the result, rather the process. RCRA operates the opposite way, imposing externally developed definitions of hazardous waste. The definitions often do not address new research chemicals or apply to the volume of waste produced, Stuart says.

In response to this problem and other environmental issues, a group of universities from New England in 1997 formed the Campus Consortium for Environmental Excellence (C2E2). Together, C2E2 and the EPA developed the New England Universities Laboratories XL project, or Project XL, a pilot performance-based system for managing laboratory waste.

Making the programs similar allows staff to manage both safety and environmental issues with less confusion, says Zehra Schneider Graham, environmental manager for the University of Massachusetts, adding that it promotes environmental stewardship.

“The current application of RCRA regulations to laboratory settings does not encourage hazardous-waste minimization because it focuses entirely on waste-handling procedures,” Graham says.

One stated goal of Project XL is “to minimize the amount of hazardous waste created across the whole university” by encouraging laboratory workers to reuse or recycle chemicals. George Frantz, experimental project coordinator for the EPA’s New England office who helps oversee Project XL, says he believes waste determination — the identification of a chemical as a waste, regardless of its reuse potential — is a RCRA shortcoming that needs addressing.

“When you talk to and actually listen to folks from academic institutions, especially those that have been inspected, you see that they feel really strongly that most violations are due to a difference of interpretation,” he says. “For example, they had inspectors telling them that a certain chemical is a waste, but they don’t see it that way at all. They could see reusing it elsewhere.”

As a result of the findings from Project XL and other university research, the EPA’s Office of Solid Waste (OSW) is investigating the need for a different approach to regulating laboratory waste disposal.

“We’ve been hearing about these problems for a while now,” says Kristin Fitzgerald, with the OSW. “We’ve decided it’s time to try and get some input now on how to fix them.”

Change takes time, however, and a decision could be years away. For now, universities must comply with existing RCRA regulations, and inspections under the College and University Initiative will continue. In many cases, universities have avoided inspections altogether by conducting self-audits and disclosing violations, then working to correct those violations. More than 175 institutions in New England have chosen this option.

The EPA audit policy allows for reduced or eliminated penalties for violations discovered and corrected. But criminal violations or violations resulting in significant harm to people or the environment are not subject to mitigation.

“EPA’s self-audit policy helps institutions like Temple University protect the environment by recognizing violations and taking action to correct them,” says Donald Welsh, the director of the mid-Atlantic regional office. Temple University in Philadelphia recently completed an extensive audit of its 10 campus locations, finding a range of violations impacting every location, which staff then worked to correct. The violations included failures to inspect waste containers weekly and to submit biennial reports for hazardous waste. By participating in the audit, the university avoided roughly $285,000 in penalties.

Colleges and universities also can take steps on their own to avoid potential violations, Stuart says.

“I wouldn’t go directly to the regulators, primarily because the interpretation of the regulations is not a straight forward matter,” Stuart says. “My recommendation would be to hire a technical consultant with RCRA experience, preferably a local one.”

Stuart says a consultant can determine if potential violations exist, then ask hypothetical questions of regulatory agents to determine if there truly is a problem.

Schools need not report violations that can be quickly remedied, he says, but they should report more systematic problems. If an inspection occurs before the problem is fixed, the institution will then be on record as working to fix the problem, which can mitigate penalties.

Connor says he understands the challenges faced by labs, but he also sees the effects of careful management. In the Mid-Atlantic region, where he inspects, he says that examples of compliance with existing RCRA regulations can be found at a number of campuses, including John Hopkins University and its School of Medicine, the U.S. Naval Academy, and the University of Pennsylvania.

“Some people are saying that the regulations cannot be met by colleges or universities, but that’s clearly not the case,” he says. “There are (schools) that have figured out how to meet the RCRA regulations. It’s tough, but they’re doing it.” 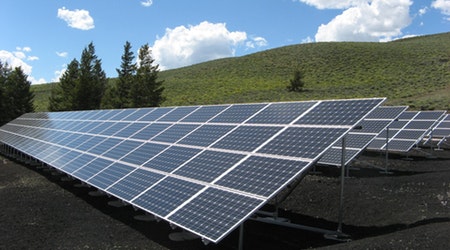 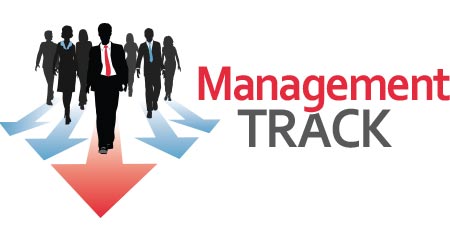