It took 16 minutes on Sept. 11, 2001 to call into question more than 30 years of conventional wisdom. In those 16 minutes before the second tower at the World Trade Center was struck, nearly 3,000 occupants were able to evacuate the building because they used the elevators.

For decades, of course, plaques posted in elevator lobbies urged occupants to use the stairs during a fire.

Now that message is about to change.

The changes mark the end of prolonged study on the World Trade Center collapse, which put a spotlight on the role of elevators in high-rise buildings. A report commissioned by the National Institute of Standards and Technology (NIST) after the collapse indicated that the rate of evacuation for the second tower was 50 percent faster than WTC1.

“Some of the studies show that once you get past 40 stories, using the elevator systems helps occupants evacuate faster than using the stairways,” says Kim Paarlberg, senior staff architect for the International Code Council. “Even a healthy person would get tired coming down the stairs that far.”

The typical office tower often includes workers who have limited mobility. Occupants who are pregnant or have a sprained ankle not only have a difficult time making it down exit stairwells, but they also impede the movement of others. Evacuation elevators make it easier for mobility-impaired occupants to evacuate a building, and make it faster for those who need to use the stairwells to evacuate by speeding the overall flow, experts say.

Because occupant evacuation elevators aren’t required for midsize high-rises and because many of the tallest high-rises are being built outside North America, occupant evacuation elevators will likely be optional for many facility executives. “What the codes do is say, if you choose to do this, this is how it should be done,” says Richard Bukowski, coordinator, codes and standards for NIST.

Though occupant evacuation elevators are now part of the IBC, change is going to trickle down. To begin, the code must be adopted by local jurisdictions before it can be effective, a process that can take several years. What’s more, because most new high-rise buildings in the U.S. are modest in size, and because the IBC provisions are voluntary for buildings less than 420 feet, most new buildings won’t have evacuation elevators. Finally, NFPA’s provisions are also voluntary.

“What we’ve done now is really a baby step,” says Ron Coté, principal life safety engineer for NFPA. “It was to get the subject in front of our membership so that we can really come back with a future edition, something that is a whole lot more meaningful and something that needs to be used.”

Elevator Operation and Fires: Phase I and Phase II 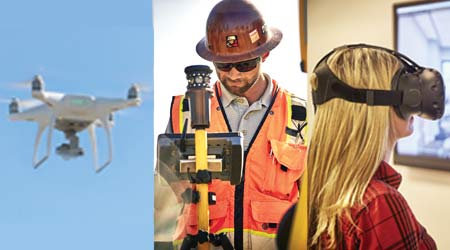