One concern employees often express is about acoustics. They fear that open, collaborative space will be either too loud or that it will be so quiet that they can't have a private one-on-one conversation.

"Acoustics and noise are real issues," says Jason Rosenblatt, design director at Nelson. "I have always sat in an open office environment and there are times when I have to put my headphones in."

Noise isn't an insurmountable problem, experts say. For example, soft noise coming from a facility's mechanical systems can provide enough sound so that the silence isn't distracting yet not so much that people have a difficult time concentrating or talking. When the goal is to reduce distractions from people talking, soundmasking systems can be used to reduce the intelligibility of nearby conversations.

The solutions to concerns over noise vary depending on the type of work being done, but having private offices doesn't always address the issue, says John Goins, a research analyst with the Center for the Built Environment at the University of California — Berkeley. Sound still usually escapes through the walls, underneath the doors and through dropped ceilings.

Another option is to have phone rooms, where individuals can step away from the open area and into a small space where the level of noise isn't a concern, says Nelson's Rosenblatt. Using materials that absorb sound, such as carpet and other soft textiles, instead of using metal and glass can also help, he says.

In addition, rotating desks 90 or 120 degrees so that individuals aren't directly facing each other may also address noise concerns, Rosenblatt says.

To make a collaborative space work, collaboration has to start during the design stage, with everything from privacy to technology on the table for discussion. Broadbased design input is essential, given that the resulting space has to reflect a company's culture, while taking into consideration concerns that employees have regarding a work environment that, depending on their age, is foreign to them.

Seeking employee comments and feedback early in the design stage is important, as is addressing the concerns that employees raise. One option is to form an employee advisory board when the company transitions from a more traditional office space to an open, collaborative space. Some of the best insights come from the individual who doesn't want to be on the board but who is and gives solid feedback, says Denise Cherry, director of design for Studio O+A.

It's important that occupants be well-informed about what's coming. "We educate people as to what the space will be like, including mockups," says Lewis Goetz, principal and vice president in Leo A Daly's Washington, D.C., office. "And people can personalize the space with a chair or storage spaces." Steps like those can help to alleviate employee concerns about losing all or part of their privacy.

Evaluate How Space Is Used During Design Process

Office Design Needs To Provide Employees Privacy When They Need It 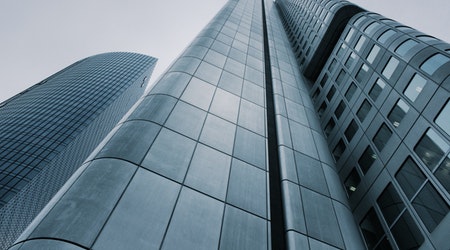 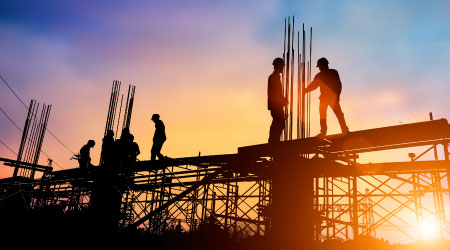