BNY Mellon had one of the first two labeled data centers. The company's 71,000-square-foot Northpointe Data Center, built in 2006 north of Pittsburgh, has a PUE of around 1.65 and an Energy Star score of 86.

Gaffney says one of the first things to do in tackling energy efficiency is understand what you're up against. "The first thing you want to do is know your PUE and trend your PUE," he says. "When you start trending the PUE over time you develop a baseline. And as you implement best practices, you can see that PUE start to trend downwards and you'll know you're effecting a change within the center."

Some of the best practices in place at Northpointe include sealing the raised floor area to maintain a consistent static pressure, using hot/cold aisles, installing return air collars on the CRAC units, raising the temperature in the data center — once the airflow was correct — so that the inlet to the servers meets the latest ASHRAE requirements of the equipment, and adding variable frequency drives to the CRAC unit fans to lower the horsepower needed to get the static pressure correct under the raised floor. They've also started doing some cold aisle containment.

"Those kinds of best practices anyone can do and you're going to gain efficiencies," says Gaffney. "But it's a process that takes time. It's not going to happen overnight." Even just sealing the raised floor area, putting in blanking plates and arranging hot and cold aisles could take as long as eight months, he says.

At Citi, data centers make up 1.5 percent of the real estate portfolio square footage but consume 25 percent of the total power at the corporation. Citi was aware of this years before the process for the data center label had even begun, so a toolkit of best practices was already in place for its newer data centers. Its 304,275-square-foot Midwest Data Center built in 2008 outside of Columbus, Ohio, is part of a global data center strategy Citi established in 2005 to reduce the company's greenhouse gas emissions. For example, Citi's data center in Frankfurt, Germany, was the first in the world to become LEED-NC Platinum certified by the U.S. Green Building Council.

The Midwest Data Center facility earned an Energy Star score of 84. Just as at BNY Mellon, the list of best practices in place is exhaustive. The building has been designed with an extensive level of controls. They have an energy dashboard and a BMS that controls 8,500 points throughout the system. The data center was designed for 10 MW of critical load, but right now it's running at somewhere between 25 and 35 percent capacity.

"That's where you run into a lot of issues with inefficiencies with your chillers and air handling equipment," says Konieczynski. "With this dashboard, we're better able to control things such as our plate and frame heat exchangers, chiller operating parameters, and under floor air pressures. As a result, we have been able reduce the amount equipment operating, and optimize the speeds at which they are operating."

They're also able to use redundant CRAH units — built with variable speed and modulating chilled water valves — to turn on more units than needed for cooling, then play with the fan speed curves of each unit to find the most efficient operating speed.

Butler also points out that while the building is rated to 10 MW, that was not all installed on day one. "We put in some of the infrastructure but we only run the equipment needed to support the existing load," he says.

It's a Journey, Not a Destination

Just because these data centers have been among the first to earn the Energy Star, don't expect them to sit around and say that's good enough.

"This is not a one-time thing," says Butler. "It's something that is looked at on a dynamic time frame, because you're tuning your systems every single day to be able to meet whatever is going on in the building."

Gaffney expects their efficiencies to continue to improve, as IT loads come up. As well, newly available technologies will help drive efficiency even further. For example, he says computational fluid dynamics analysis is common in the industry now and there's computer modeling for the air conditioning systems available. While some of that can get expensive, he says, it can have a good payback.

"And as technology refreshes, we also gain efficiencies," Gaffney says. "The advent of blade servers has helped us reduce our footprint, and become more efficient. So really, the combined industry keeps pushing toward a better, more efficient data center."

Energy Star continues to be part of that push, and is working on specifications for servers, storage and UPS. While the UPS specification is still in the very earliest stages of planning, Quarforth says the server specification is on track to be released by early 2011, with the storage specification following later in the year. 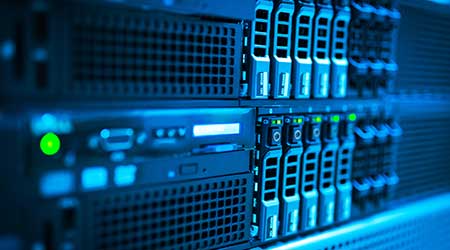 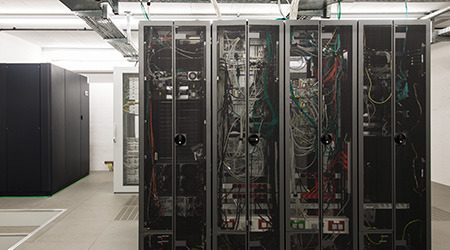