Part 1 of a 2-part article on the changing nature of office space design.
By Naomi Millán, Senior Editor   Commercial Office Facilities
OTHER PARTS OF THIS ARTICLEPt. 1: This PagePt. 2: Tip: Provide Different Work Environments For Different Types of Work

Facility managers have long been involved in achieving high-performance in buildings, first by optimizing individual building systems, and more recently in perfecting how those optimized systems interact with each other. On top of that have come ever-more robust considerations around sustainability, from resource efficiency to the implications of materials selections. Now facility managers are beginning to measure ways that the built environment impacts the people in the office, and in turn how those impacts affect how well the people work in that environment. These are not separate considerations in high-performance offices, but are rather interwoven.

“High-performance now means two things,” says Robert Best, executive vice president of energy and sustainability services with JLL. “The building in itself, which is the traditional look into building systems, how they work, energy efficiency — all good. But now what’s entered our realm of building management is high-performance people. And our job in running the building more effectively is to make the people inside the building more productive.”

The Rise of Choice
Productivity, and accurately quantifying the positive effect of discrete measures on office occupants’ productivity, has been the Holy Grail. It is in part what has encouraged the industry to get rid of cubicle walls and made the open office a design darling. All that interaction, it was hoped, would lead to a more engaged and creative workforce that would spur ideas and productivity.

“We went through this decade of ‘-ation’ where all that really mattered was innovation and collaboration,” says Nina Charnotskaia, senior associate in the workplace strategy group with CBRE. “We really fixated on creating environments that facilitated that, and it was almost at any cost.” Across organizations, from law firms to manufacturing, the conversation in the years leading up to the Great Recession was aimed at the concept of producing. The goal of office design was to get the most possible from employees. Then the economy slumped, and everybody started wearing more and more hats. Burnout went off the charts. And when the economy started getting a little better, suddenly the best talent was walking out the door because they finally had choice.

“They have the choice with what they’re going to do on a Monday morning now,” Charnotskaia says. “This notion of choice and getting employees to choose to come to your office as an organization became a really big deal.” But it’s not just about stemming talent bleed. It turns out the most productive and effective employees are the ones who are really excited to be a part of the office. “That’s what we’re looking for, that level of happiness, and engagement, and satisfaction amongst employees,” Charnotskaia says.

Technical Space — Luckily for facility managers, the synergy among strategies for achieving a high-performance office creates multiple benefits. For example, bringing in more daylight reduces the use of less artificial lighting, which results in energy savings. But real daylight also makes people measurably more productive, says Best. Or take temperature control, which is another way to be more energy efficient. “One of the biggest complaints people have in office spaces is that the temperature is not comfortable,” says Best. “If you can control the temperature, save energy, and make people more comfortable, you’ve eliminated one of their biggest complaint areas. And it goes on and on.”

However, to get to the level of high-performance, office design needs to leverage a finer level of control. “Behind all this, to do the kinds of things we’re talking about, altering things, you also need a smart building that can do it,” says Best, adding that “temperature controls in most buildings are rather imprecise and crude.”

One of the key drivers of high-performance in office design, and in commercial buildings in general, is the availability of low-cost, more easily deployable sensing and control capabilities, says James Braun, director of the Center for High Performance Buildings at Purdue University. “The Internet of Things is enabling us to do things in buildings that weren’t cost effective before,” he says. “It’s enabling something that we’ve been working on for a long time, but has been slow to penetrate the market.”

The center houses highly reconfigurable test labs to study building systems on their own, in interaction as a system of systems, and as they impact occupant perception and performance. At the center’s official launch in January, 14 corporate members, JLL among them, helped select the center’s research agenda. “Part of the work is to understand how do you measure people’s performance and satisfaction when you combine different environmental factors,” says Braun.

Physical Space — Another layer of high-performance design considerations in an office has to do with the way the space is configured and how people move in the space. Dropping or removing partitions or open office strategies can be part of that equation, but what is shaking out in the market is that space is not a one-size-fits-all proposition. Again, the rise of choice is evident. JLL’s Best refers to how some of the world’s leading companies have turned their workspaces into “productivity playgrounds,” where the focus is on providing the right environments that will better support work rather than just concentrating on providing real estate on a least-cost-per-square-foot basis. “Going into this new realm, you can’t think that way,” says Best. “What you have to think about is the value of the individuals.”

One strategy in use in high-performing offices today that want to strike somewhere in between cube farm and Silicon Valley dreamscape is the use of zones. “You create a corporate environment, but you provide a lot of options for people,” Best says. Informal meeting areas. Quiet areas. Small and large conference rooms. The trick is finding a system to coordinate the use of the space so not everyone decides they’re going to be working in the atrium on the same day. “We’re seeing some really advanced technology that when the person arrives at work, they decide on what kind of work they’re going to be doing and get assigned (to a space),” Best says. “It’s very corporate, but it’s accommodating people more than traditional office space.” 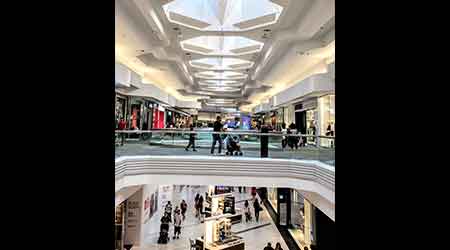