Part 2 of a 4-part article on how to improve the physical work environment to increase employee satisfaction and productivity
By David Lewellen   Commercial Office Facilities
OTHER PARTS OF THIS ARTICLEPt. 1: Benefits of Office Design for Employee PerformancePt. 2: This PagePt. 3: Role of Furniture in Work EnvironmentPt. 4: Internet of Things May Play Role in Office Comfort, Savings

One area that really benefits from clear organizational goals, transparent communication, and personal control is thermal comfort. The Center for the Built Environment asks workers to rate their surroundings in seven categories, Lehrer says, such as cleanliness, maintenance, lighting, and layout. But on a seven-point scale, thermal comfort comes in a full point lower than all other categories.

Lehrer says his organization has made extensive studies of office temperature, and finds that many workplaces are kept colder in summer than in winter. “There’s a high cost to that, and it’s making people uncomfortable,” he says. “Why are people wearing a sweater in Atlanta in summer?”

ASHRAE’s official goal, Lehrer says, is for 80 percent of occupants to feel comfortable — a goal that is seldom met. One solution is to raise the set point for air conditioning. Talking to tenants, and adjusting summer set points upward, “is not a no-cost solution; it’s a saves-you-money solution. You use less AC, your tenants will be more happy,” Kampschroer says.

Hedge agrees that facilities managers could raise the air-conditioning set point to 76 degrees, if human resource managers would “allow men to throw the tie and jacket away. Just do that and you’ll save 20 percent on energy bills.”

Another aspect of thermal comfort is air movement. Air movement costs less than cooling, and it can allow set points three to four degrees higher. With the savings, “you can buy some really nice fans for that,” Kampschroer says. One option could be to give workers small desk fans that run on 6 watts of electricity. Another new solution is smart ceiling fans, which speed up or slow down in response to temperature, humidity, or occupancy sensors.

VAV systems represent another opportunity to maintain or improve comfort while reducing energy use, according to a study by the Center for the Built Environment. VAV airflow minimum setpoints “are typically set at 20 to 50 percent of maximum airflow.” The study found that lowering minimum airflow to 10 to 20 percent reduced occupant dissatisfaction with comfort and indoor air quality in summer by half and also lowered HVAC energy use significantly. “It appears that today’s widespread overcooling of buildings can be corrected without risk of discomfort by lowering conventional VAV minimum flow setpoints,” the study says. 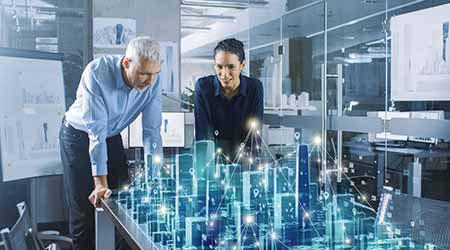 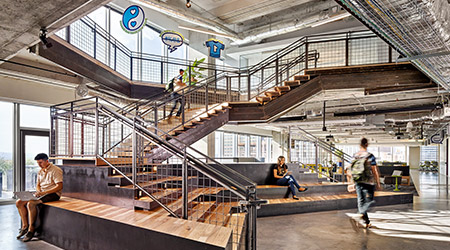