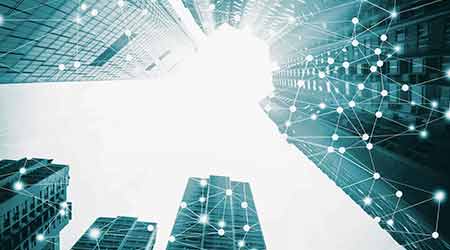 How do you get everybody involved in the IoT using the same language? And how does Project Haystack address that challenge? Those questions came up at an AHR Expo 2018 education session hosted by Ken Sinclair. Founder of the open-source Project Haystack organization, John Petze, fielded that question with this response: "The reason that you can point a web browser at someone else's website to see what they have to say is that we have all agreed upon how website data should be marked-up, or tagged," said Petze, who is also a partner with SkyFoundry. "You and I don't have to have any pre-negotiations to make that happen. We need the same thing for data coming out of systems and devices. We should be able to get all the data, and it should be easy to interpret when we receive it. It should be marked up with tags that describe what it is. Project-Haystack has been working on that challenge since its founding in 2011."

Many in the industry want to understand more about the how. So a Project Haystack working group has just published a primer called "Implementing Project Haystack: Applying Haystack Tagging for a sample building." 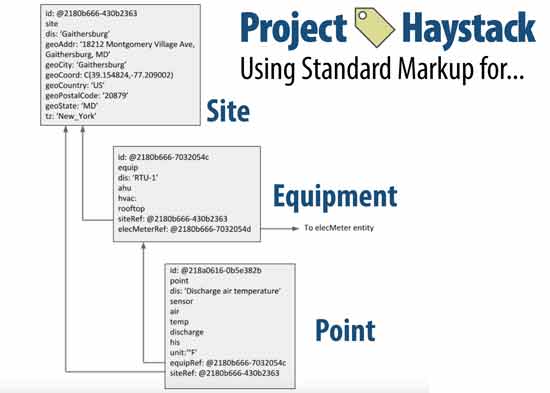 Regarding the AHR Expo questioner's emphasis on how does the open-source Haystack organization go about getting everyone to agree to the same semantics (minute 34 of video), some very exciting news from ASHRAE just broke. The ASHRAE BACnet committee, Project Haystack, and the Brick initiative announced they are actively collaborating to integrate Haystack tagging and Brick data modeling concepts into the new proposed ASHRAE Standard 223P for semantic tagging of building data. Read the press release here.

Why is a unified data semantic modeling solution that has the contributions and endorsements of all these groups so important? Once you have the power of a standard tagging-based protocol for adding context to any type of data collected by building systems and associated business systems and devices, the costs to integrate plummet.

When you add a new BACnet-compatible device into an IP protocol network, you will be able to get all the operational trend data out, as well as contextual data like the make and serial number of the device, as well as its relationships to other equipment in the building, campus, and global portfolio. Once specifying engineers, building commissioning agents, building operations engineers, facilities staff, and equipment and device makers all agree that they want to work in a tag-based environment, BACnet as a common protocol grows in reach and influence too. Everybody wins.