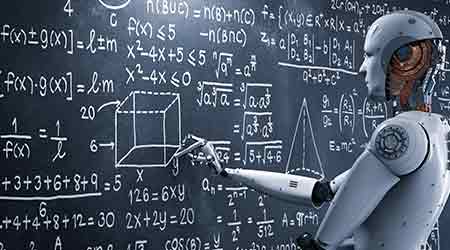 The mashup is this: ASHRAE's BACnet Committee, Project Haystack and Brick Schema are collaborating to provide a unified data semantic modeling solution. You will need to read my review “Meta-Morphing Mashup for Self Creation” to completely understand but here is the skinny.

Meta refers to the HTML meta tags or meta elements placed within the head section of your code that help define the contents. Haystack cofounder John Petze describes here:

“The reason that you can point a web browser at someone else’s website to see what they have to say is that we have all agreed upon how website data should be marked-up, or tagged. You and I don’t have to have any pre-negotiations to make that happen. We need the same thing for data coming out of systems and devices. We should be able to get all the data, and it should be easy to interpret when we receive it. It should be marked up with tags that describe what it is. Project Haystack has been working on that challenge since its founding in 2011.”

Meta-morphing programming comes from an open invitation to join in developing Project Sandstar, a development effort with the goal of making it easier to semantically tag points and to implement controls. (Details later in this column.)

All these words come from articles, interviews, and news releases that appear in our monthly global online resource for large building automation, which has evolved to become a staging website for industry thought and evolution. The phrase “meta-morphing” is no exception, but you will have to read the complete column to find their source and why they make my head explode.

By calling the things in our Building IoT world by a common name that is machine readable, many other things start to unravel on our way to the transition to AI, self-learning, and a self-creation world.

This article echoes the power of mashups now being used: Standard Semantic Tagging Is a Mainstay of the Energy Management Business, Jim Meacham, PE, principal, co-founder, Altura Associates. “Using the Haystack-enabled data platform that Altura’s team implements during commissioning and retrofits, we can gather detailed operational information from the bottom up. Bringing the tagging and engineering processes together, we’ve been able to grow the impact our energy reporting has on reducing utility costs and to garner wider-ranging and deeper insights from analyzing building operational data. We’re finding ways for our customers to not only run their buildings better; but, in some cases, to run their businesses better.”

My last column, “Talking Transparency & Creating a Digital Twin,” seems to have captured the imagination of many. This next column continues to explore how we might achieve those qualities and the transition to AI, self-learning, and a self-creation world.

What the heck does this all mean? How does it help get us to some of the next steps in our transformation?

This article written by our contributing editor Therese Sullivan, who is also the editor of many other industry groups such as Project Haystack, shares her thoughts with the New Deal and starts to unravel the significance of this announcement in BAS Industry Collaborates On Semantics. “When competing open-standards are allowed to proliferate, you get market confusion. So it is great news that those working on semantic interoperability are now actively collaborating under the umbrella of the new proposed ASHRAE Standard 223P for semantic tagging of building data. This collaboration includes the ASHRAE BACnet committee, Project Haystack, and Brick Schema.

“Project Haystack was early to organize and tackle the challenge of semantic data modeling for buildings, but, awareness of the issue is now mainstream. Claire Rowland, interaction design director at the well-known global design firm Method, wrote this post about designing a UX for connected embedded hardware, including the following concerning semantic naming: ‘At the most basic level, it’s important to give the same features the same name across all interfaces. But even this can be a challenge when the same app needs to support multiple versions of legacy hardware. Perhaps device designers had different ideas about whether “auto” or “timer” was the “best” name for the heating schedule function.’”

Alper Uzmezler has put out an open invitation to join him in developing Project Sandstar, a development effort with the goal of making it easier to semantically tag points and to implement controls. Sandstar integrates three components into a seamless whole:

1. Sandstar GPIO engine to handle real/time connectivity to I/O for sensors and actuators activated based on Haystack tags;

3. Haystack to semantically model and configure the control points: https://project-haystack.org

“Alper is open sourcing the general-purpose I/O engine as well as tag definitions that he developed within his company, Anka Labs.

“He is championing a Project Haystack working group, inviting other programmers in the Haystack community to improve and secure the architecture and engine and to expand on the initial tag definitions.

“As Project Sandstar evolves it is sure to attract the interest of programmers and product developers from the larger IoT and ‘maker’ communities. With their help, there is potential to expand Project Sandstar to include tagging dictionaries for sensors, output devices and control applications, well beyond HVAC control.’

Alper presented an overview and a demonstration of Project Sandstar on a recent ControlTalkNow broadcast. When asked about the state-of-the-art in intelligent buildings, he explained, "You need a platform to be able to make corrective changes to the DDC code before you have data streams useful for machine learning and AI. Sandstar is that platform." The ultimate goal of Project Sandstar is making it easier for manufacturers to develop new, advanced, cost-effective BMS and Building IoT devices that work seamlessly in a metadata tag-based environment.

This post from the Project Haystack site provides insight and the words for my title: “Sandstar integrates Sandstar engine, Haystack, and Sedona into a seamless whole. Results: Abstraction in both hardware level and point definition level enables us to generate portable Sedona code. With the abstraction of IO, Sedona code can be written in a way it covers all potential input, output, and setpoint types. With the power of Haystack ops (Rest api), we can add a record to the Sandstar engine thus enabling the branch of the Sedona code that is waiting to be activated. We call this feature meta-morphing programming. On the roadmap, having Haystack client in Sedona will help us to have P2P device communication along with historical data and analytics-based control.”

The Sandstar project will change how we think of DDC. Major improvements are hardware-independent Sedona code, historical data-based control logic, driver abstraction via Haystack that can be achieved now. With the improvements to Haystack ops where Sedona components can be created, changed, deleted, and linked, artificial intelligence can be utilized to generate and improve upon human-generated DDC code.

This may all seem very new to you but improving our control languages has been on the industry agenda since the early days of DDC.