M Resort is a hotel, casino, and entertainment complex with 90,000 square feet of gaming space, 60,000 square feet of meeting and convention space, seven restaurants, and an 118-foot hotel tower with 390 rooms spread over 90 acres of land on the southern edge of Las Vegas.

Energy costs associated with HVAC operations were significantly impacting M Resort’s energy budgets. The owners were seeking a broad-based solution to reduce energy costs, including peak demand, that would be operationally seamless, and that would not interfere with the level of service their customers expect. Energy management would have to be automated, consistent with their building management philosophy, and attuned with the new service offerings of their power supplier, NV Energy.

M Resort joined NV Energy’s customer engagement program called “mPowered Optimization,” which was launched in the summer of 2013. Customers enlisting in “mPowered” received access to BuildingIQ’s cloud-based software. The software receives electronic signals from NV Energy to automatically manage M Resort’s load without disruption to comfort or building operations, while providing capacity on the grid. Peak demand reduction among those enrolled in the “mPowered” program has been reduced as much as 24 percent during energy event periods, according to Building IQ.

M Resort’s HVAC controls are adjusted in real-time using algorithms in the cloud-based software. The DR event is invisible to operators and customers alike; they simply go about business as usual. The software makes all of the adjustments necessary to drop and then restore load without noticeable changes in space conditioning.

M Resort, which recently deployed the software in its offices, convention space, restaurants and casino areas, achieved 12 percent energy savings in HVAC energy in the first few months of the program. The software worked in concert with their building management system, which was already utilizing advanced control methods, and being actively managed by M Resort operations. 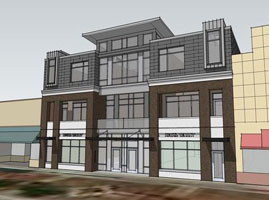 While a basement boiler may keep tenants warm in a typical apartment building, the residents of a unique complex in Kalamazoo, Mich., draw heat from a source far from their third-floor luxury lofts.

The Plateau Valley Medical Clinic in Collbran, started out as an 8,000-square-foot homestead in 1903, established as a maternity clinic for the women of the cattle ranching valley in western Colorado. By 2010, the Plateau Valley Hospital District board decided the needs of the community had outgrown the original facility and plans began for a new clinic.

The 12-story BayView Corporate Tower in Fort Lauderdale, Fla., covers 412,000 sq. ft., houses 13 corporate tenants, and is always looking for ways to provide premier office space, from finishes to systems. In July 2011, a routine evaluation of the BayView Tower’s mechanical systems revealed an opportunity to improve the performance of the HVAC systems with modest upgrades, including the addition of ultraviolet-C (UV-C) lamps.