Part 2 of a 3-part article offering tips on how to plan and structure control upgrades.

Given the complexity of building control upgrades, time frames, costs, and human factors must also be considered, because they are typical limiting factors in upgrades.

Generally, facility managers can structure upgrades in one of two ways. One is to choose upgrades that can be completed within a short time frame and that achieve maximum benefits; the other is to implement upgrades in phases, setting aside money periodically to upgrade controls over a specified timeline.

The success of an upgrade is also only as good as the humans who are controlling the controls. Critical to an efficient and economically viable upgrade is understanding the human capital — its strengths, weaknesses, and abilities. This is not easy; it’s frequently a touchy subject, says Bruce Michelson, president of CM3 Building Solutions.

"There has been a perception in the past that controls systems are installed to replace existing staff," he says. "In fact, this is far from the truth. Control systems, if implemented properly, actually give the existing staff a tool that will make them more productive, more able to solve problems quickly, and more valuable."

When human skills aren’t considered, operators likely will not use the system to maximum potential, claiming that the system doesn’t work. Experts universally recommend training for all operators, with a budget for the training as part of the upgrade.

As the training progresses, Michelson notes, the skill level of the staff will become apparent, and the training can be adapted to meet various staff needs.

The goal of training is to get the facility staff comfortable with operating the system and, if they wish, train them to program and maintain the systems themselves. But the latter isn’t always possible.

"First of all, ask the chief engineer," he says. "He will be the best gauge of the skill levels of his team. He may be hesitant to criticize his own team members, or he may be willing to divulge their true capabilities. He may even divulge his own inadequacies."

Either way, Mathis says, you will know what you are working with and be able to design an upgrade around staff competencies. If this step is not satisfactorily accomplished, the design may well be useless to the facility management team.

Robert Knight, senior associate at Environmental Systems Design, calls skilled operators potentially the biggest missing piece in some buildings. For example, one facility, which housed a non-profit organization, sometimes relied on volunteers to be control operators. To prevent blunders made by an inexperienced team, the facility’s control system allowed for temporary overrides but always returned to fallback setpoints as the default control mode.

Even for a less drastic situation, Petty cautions against not giving the value of skilled operators their full due. "Facility managers must champion the need to develop a unified training program for all site-controls specialists," he says. In the absence of such a training investment, Petty warns, building owners will experience a reduction in the quality of day-to-day services, and face prematurely increased maintenance costs.

One common fear of many facility managers is that —once installed — a controls upgrade won’t control what it’s supposed to. Bugs, flaws, failed drivers, and other missteps will cause a cascade of dissatisfaction with the new system.

Mathis says this fear might be one of the most important issues that comes up. "If the equipment isn’t controllable, we are wasting time and money to no avail," he says. "However, what may seem to the FM team to be uncontrollable may only need to be looked over by someone with a little more control knowledge who can suggest an improvement to the equipment or another approach to make it so."

Another technique Sinopoli recommends is doing a small pilot first to test the upgrade. After the pilot, he says, "adjust as needed the approach to the upgrade, [and] develop a process to commission the new controllers and hire a commissioning agent."

When it comes to improving control systems, facility managers have a range of options. "There are different drivers to get control systems working for every building," he says. "What you don’t want is status quo, and some controls contractors are happy with that, or they suggest an intensive replacement. But rip-and-replace isn’t the only game in town." 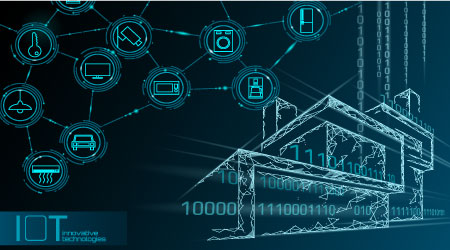