By Rita Tatum   Building Automation
OTHER PARTS OF THIS ARTICLEPt. 1: This PagePt. 2: BACnet and Enterprise System Integration

Facility executives have long complained that top managers don’t pay enough attention to facility issues. Unless something goes wrong, senior executives seem uninterested even in information about energy use, though that is a cost that is readily controllable.

The marriage of BAS and enterprise systems is made possible by Web technology — essentially eXtensible Markup Language (XML) and web services (WS). Though the control software technology has been available for several years, its use is now gaining ground as large organizations strive for an integrated enterprise infrastructure. The benefits of this marriage include advanced networking to optimize functions like energy management, automated demand response, fault detection and diagnostics, and remote monitoring.

“While enterprise integration is still in its early stages, it is a requirement for many large projects,” says Ron Zimmer, president and CEO of the Continental Automated Buildings Association (CABA). “Protocol standards are being extended up from the Internet Protocol (TCP/IP) level to high-level Web Services protocols that support enterprise integration of building systems and enterprise business applications.” CABA monitors a range of standard and protocol groups and activities through its councils and committees. CABA’s goal is to promote interoperability among all standards, protocols and technologies.

Enterprise systems are large, often complex software systems that let organizations take various types of information employees generate — such as data used by human resources, sales and facilities — and integrate and share it across departments.

Industry observers see growing emphasis on linking BAS and enterprise systems, especially in very large campuses, institutions and government buildings. “We see rapid acceleration of the integration of BAS with IT over the next few years as solutions become more available,” says Ron Caffrey of BCS Partners. But growth will come from a small base and will largely be confined to large organization. BCS has been observing and monitoring the integration of BAS and enterprise systems as part of its 2010 report on the BAS market, due out this fall.

Enterprise integration is becoming important at the building automation level as executives across the organization need more information. Business today “is all about the ability to better measure and operate the facility,” says Paul Ehrlich, president of Building Intelligence Group. Ehrlich concedes many of the drivers are standard issues such as efficient energy use and maintenance. But he is seeing new users for this information across the organization, such as the boardroom wanting building data as part of business practice.

Another application that is coming online is the electric utilities’ interoperable “smart grid,” according to Ehrlich. The smart grid is a national effort to dramatically improve the national electric grid. It is being led by the National Institute of Standards and Technology (NIST). A national smart grid would facilitate such energy-saving technologies as real-time pricing and automated demand response. The smart grid would accomplish this not only by reaching outward to the utilities but also inward to buildings and homes.

Currently, getting the information up from the interoperable BAS to the enterprise management dashboard is being addressed in several ways. BAS vendors have been offering capabilities to key customers. BACnet and Echelon have taken steps to facilitate the transfer of data from building systems to enterprise and other systems. Also entering the marketplace are some of the very large, traditional enterprise system companies.

These enterprise system companies are working from the enterprise down to the building automation system using oBIX (Open Building Information Exchange). The first version of oBIX was completed as a CABA committee standard in December 2006. Because CABA’s focus is not to develop standards, says Zimmer, oBIX was transferred to the Organization for the Advancement of Structured Information Standards, or OASIS.

The oBIX standard is designed “to instrument the control systems for the enterprise,” says Zimmer. What oBIX does as a Web services interface is define XML and Web service mechanisms for building control systems. Using Web services, these operations are exposed so that facility executives and others can use a full array of standard databases and tools to analyze performance. oBIX allows facility executives to make decisions based on the integration of performance, life-cycle, environmental, and cost factors.

Large enterprise firms are offering a variety of products. One has a middleware product that can aggregate information from building systems using a variety of protocols. In one application, that product is being used in a demand response program. When the utility sends the signal, an e-mail notifies key personnel when the demand response will take effect. Loads are adjusted according to predefined rules automatically.

Another enterprise firm offers products that can automate many system console operations and selected operator tasks such as startup, monitoring, recovery and shutdown of subsystems, components and applications; that product integrates with the company’s enterprise solutions. 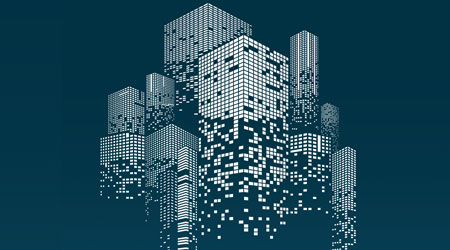