Too much data is as useless as no data. Here’s how to convert smart building data into reliable, useful, and actionable information.
By Greg Zimmerman, Executive Editor   Building Automation
OTHER PARTS OF THIS ARTICLEPt. 1: This PagePt. 2: Managing Data and Energy Use During the Pandemic

At some point in your career, you’ve likely sat down at your computer and stared at a spreadsheet with rows and rows of figures, and thought to yourself, “This is completely useless to me. I have no earthly idea what this is trying to tell me.”

It’s a truth universally acknowledged: Too much data is just as bad as no data.

“Data itself has no intrinsic value,” says Isaac Chen, vice president, building technology systems for WSP. “Turning data into information is the goal.”

So how do you, in this environment of increasing sophistication of building systems, do that? The challenge is really twofold: First, how do you create a robust, interoperable, integrated smart building automation system that can provide the data you want in a format you need? And secondly, how do you extract and present that data from this system so that it’s actionable, and without suffering from paralysis by analysis?

These are tough questions, made tougher by the fact that most buildings already have a system in place.

“Most commercial buildings were built before 2000, and most controls systems are even older than that,” says Paul Ehrlich, founder and president of Building Intelligence Group. “You have a mix of old and obsolete systems with those that are brand new.”

So let’s assume your existing system — however it is you control your various building systems, measure the outcomes, analyze that data, and have it presented to you — needs some work. Where do you begin? Do you tear it all down and start over? Do you buy new analytics and controls packages and hire an expensive system integrator to tie it all together? Do you just add layers on top of what you already have?

Every building will be different in how it should approach interoperable building systems. It’ll depend on your existing systems, your existing contracts with vendors, your budget, your own expertise, and the expertise in your facility management department.

“We as an industry have a tendency to layer more and more tools on top of each other,” says Saagar Patel, operations director, Energy + Eco, for Environmental Systems Design. “That’s where the problem comes in because then you have redundant data streams. You have too many different technologies that are overlaid.”

This is a problem you are probably well familiar with: Mission creep of building systems. Things have been added piecemeal over the years to the point that the original system — and more importantly, how it’s supposed to be functioning — is virtually unrecognizable.

And it’s not getting any easier. For example, Internet of Things (IoT) technology and devices are often presented as a silver-bullet solution to building automation problems. After all, these devices are supposed to be plug and play.

“IoT has opened the door to more device and sensor options, because it’s easier to retrofit sensors on everything, and expand the features and capabilities of those sensors and devices significantly,” says David Quirk, managing principal, DLB Associates.

So IoT has improved functionality, but has it improved interoperability, especially as related to how data is extracted or presented? The answer at this point is a little hazy, say experts, who suggest some IoT devices sometimes create more problems than they solve.

“In some ways, IoT is making things more challenging right now,” says Quirk. “They are only interoperable on their individual cloud platforms. The only commonality right now is that everything is converging to an IP-based protocol.”

Patel agrees: “IoT is in a state of entropy, just complete chaos, but in a good way,” he says. “We’re just all trying to figure out the best way to move forward with IoT.”

According to Chen, a new term is being used in the industry that describes a way to think about integrating old and new systems: cyberphysical systems (CPS). Though not unique to buildings, cyberphysical systems integrate sensing, computation, control, and networking into physical objects and infrastructure, connecting them to the Internet and to each other, according to the National Science Foundation. From a buildings standpoint, essentially CPS is a way to think about integrating devices and systems into a holistic smart building. So while experts agree that we’re still very much in the age of the building automation system, the holistic smart building is the future. And that’s how you should be thinking about your building systems.

Data in, data out

But then, what of the data all these systems produce?

“Facility managers have always been responsible for all building systems, HVAC, controls, electrical distribution, elevator, plumbing, et cetera,” says Ehrlich. “The challenge is they’ve never had a lot of data with those systems.” Or the data would not be actionable because it was just raw data — there were no trends, no analytics, no way to see what the data meant in the real world.

These days, the problem is almost the opposite: Too much data, or data that’s unsorted, unanalyzed, and then largely ignored.

“Data doesn’t tell you what’s wrong,” says Quirk. “It only gives you points.”

One of the first steps to managing data is to identify who needs to see what.

“One of the biggest problems is not identifying the right stakeholders,” says Quirk. “You need to know what kind of information each stakeholder needs and how they need it presented.”

Patel agrees: “Data requirements are based on the stakeholder,” he says. “How the data is presented depends on who wants to see what data. It’s really important to understand the needs and wants of everyone who might have access to the data.”

Patel recommends setting up systems to curate the data with web-based dashboards so that when, say, an energy manager logs in, that person only sees data related to energy efficiency or carbon emissions, and not, say, the elevator preventive maintenance schedule.

Categorizing or classifying this data to disseminate correctly is a huge undertaking. Chen says data fits into three tiers. First is the raw data, otherwise known as aggregated data, or if you want to get really fancy, the “data lake.” The data lake is the “place” where all the data from sensors, external systems (like climate and weather data), air quality readings, and more is collected. The second tier is the database, where the aggregated data begins to be sorted in a format that can then be analyzed. Third is the data analytics engine. Here is where the rubber meets the road, says Chen. The analytics provide the information the facility manager needs to make decisions. Instead of those notorious rows and columns in a spreadsheet, this is what you’re hoping to see when you sit down at a computer or look at a mobile device. “This is what makes your life easier,” he says.

One solution to aid you in getting the data collection, aggregation, dissemination, and analytics correct is monitor-based commissioning, says Patel. This is essentially an ongoing, real-time commissioning process where a building is constantly being fine-tuned. Incorporating artificial intelligence or machine-learning into analytics engines, a practice that is still niche today, but growing in adoption everyday, means the building can actually fine-tune itself.

At the end of the day, data management comes down to measuring what needs to be measured, parsing those metrics, and getting that information into the hands of the right experts to make the right decisions.

“If and when we use data correctly, facility managers are going to find tremendous benefit,” says Ehrlich.

A key component of any successful monitor-based commissioning program is a fault detection and diagnostics (FDD) system. FDD can tell you both when something is malfunctioning — like a damper stuck open — but also if a particular measurement — like indoor humidity — falls outside of an expected range.

One of the biggest challenges of setting up a useful FDD system is what’s known as “alarm fatigue” — basically, if a system is too sensitive and gives alarms for every little thing,  users wind up ignoring the alarms or turning them off altogether because they become too cumbersome.

“We tend to abandon these systems because of these issues,” says Patel. “These tools are not set it and forget it.”

So to be effective, FDD needs to be properly tuned.

“You have to develop a robust filtering system,” says Quirk. “You have to commission the heck out of FDD or it’s going to be garbage. And that means tuning the system over several seasons. If you shortcut this process, it’s never going to work right and you’ll never get the usefulness out of it.”

FDD is supposed to be a system that makes your life easier, not more difficult. Ideally, it’s taking data from all your sensors and sophisticated building systems, and boiling it down to what you need to know in the sense of telling you if something’s wrong. But again, it does take some work on the front end to make it useful. This involves prioritizing the sensitivity of the system, and identifying which events are critical enough to be alarm events, and which events could maybe be included in an end-of-the-day or weekly summary email.

To do this, “machine learning and AI is your friend,” says Chen. “They can help build the model about what should be most important. They can help identify the real cost of any incident and stop false alarms.” Chen mentions a project at a hospital he worked on that pared down critical alarms to only 10 percent, so facility managers could essentially ignore the other 90 percent and therefore be much more productive. “It’s so much more manageable this way,” he says.

And that’s the rub: Creating a system to make data manageable and pragmatic with a combination of smart systems and analytics. Not only can you not manage what you don’t measure, you can’t actually use what you’ve measured if you don’t analyze it and make it actionable.

Greg Zimmerman is deputy editor in the facility market. He has 18 years experience writing about facilities, with a special emphasis on sustainability, health and wellness, and the evolution of smart buildings. 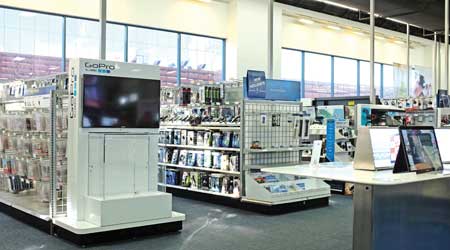